The New York City Department of Cultural Affairs (DCLA) is the department of the government of New York City [2] dedicated to supporting New York City's cultural life. Among its primary missions is ensuring adequate public funding for non-profit cultural organizations throughout the five boroughs. [3] The Department represents and serves non-profit cultural organizations involved in the visual, literary and performing arts; public-oriented science and humanities institutions including zoos, botanical gardens and historic and preservation societies; and creative artists who live and work within the City's five boroughs.

Its programs include Materials for the Arts, a large facility in Long Island City that distributes free reused supplies to arts organizations. Its regulations are compiled in Title 58 of the New York City Rules . 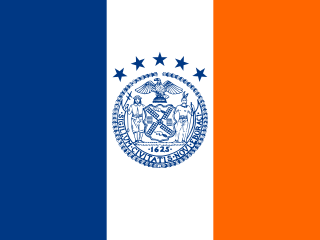 The mayor of New York City, officially Mayor of the City of New York, is head of the executive branch of the Government of New York City. The mayor's office administers all city services, public property, police and fire protection, most public agencies, and enforces all city and state laws within New York City.

Julie Menin is an American attorney, civil servant, non-profit executive, professor, and small business owner. In January 2019, She was appointed Director of the Census for NYC and Executive Assistant Corporation Counsel for Strategic Advocacy. Previously, she had worked as the Commissioner of the New York City Mayor's Office of Media and Entertainment and Commissioner of New York City's Department of Consumer Affairs. 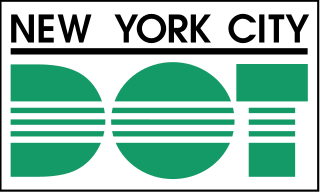 Mary Schmidt Campbell, is an American academic administrator, professor, author and scholar of art and culture.

Public Art Fund is an independent, non-profit arts organization founded in 1977 by Doris C. Freedman. The organization presents contemporary art in New York City's public spaces through a series of highly visible artists' projects, new commissions, installations, and exhibitions that are emblematic of the organization's mission and innovative history. 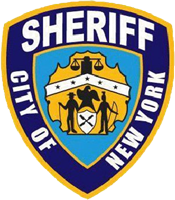 Simi Linton is an arts consultant, author, filmmaker, and activist. Her work focuses on Disability Arts, Disability Studies, and ways that Disability Rights and Disability Justice perspectives can be brought to bear on the arts.

The Department of Housing Preservation and Development (HPD) is the department of the government of New York City responsible for developing and maintaining the city's stock of affordable housing. Its regulations are compiled in title 28 of the New York City Rules. The Department is headed by a Commissioner, who is appointed by and reports directly to the Mayor. The current Commissioner of HPD is Louise Carroll, who was appointed by Mayor Bill de Blasio in May 2019. Former Commissioners have included Maria Torres-Springer, Vicki Been, Jerilyn Perine, Richard Roberts and Shaun Donovan, among others. HPD is headquartered in Lower Manhattan, and includes smaller branch offices in each of the city's five boroughs.

The New York City Department of Information Technology and Telecommunications (DoITT) is the department of the government of New York City that "oversees the City's use of existing and emerging technologies in government operations, and its delivery of services to the public". Although the agency is often viewed as a facilitator for the technology needs of other New York City agencies, today, DoITT is best known by city residents for its 3-1-1 "Citizens' Hotline" established in 2003 by New York City Mayor Michael Bloomberg. Its regulations are compiled in title 67 of the New York City Rules. 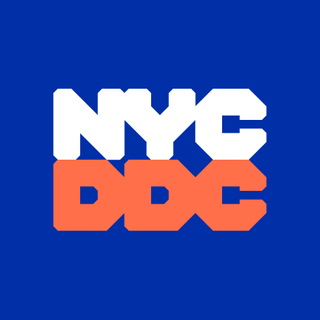 New York City Department of Design and Construction (DDC) is the department of the government of New York City that builds many of the civic facilities in New York City. As the City’s primary capital construction project manager, they provide new or renovated facilities such as firehouses, libraries, police precincts, courthouses and manage the City's sewer systems, bioswales and water mains. To manage this portfolio, valued at over $15 billion, they partner with other City agencies, as well as with architects and consultants.

The NYC Department of Small Business Services (SBS) is a department of the government of New York City that helps unlock economic potential and create economic security for all New Yorkers by connecting them to good jobs, creating stronger businesses, and building thriving neighborhoods across the five boroughs. Its regulations are compiled in title 66 of the New York City Rules.

Barbaralee Diamonstein-Spielvogel is an American preservationist, historian, author, and television producer. She is an advocate for the preservation of the historic built environment. She has worked in the fields of art, architecture, crafts, historic preservation, fashion, and public policy in the U.S. She is the author of 24 books, numerous articles and essays, and recipient of many honors and awards. She is a former White House Assistant, the first Director of Cultural Affairs in New York City, and the longest serving New York City Landmarks Preservation Commissioner.

Tom Finkelpearl is an American arts promoter, former museum director, and former Commissioner of the New York City Department of Cultural Affairs. He was appointed in 2014 by New York City mayor Bill de Blasio and served through the end of 2019.