Pink is the sixth studio album by British electronic musician Kieran Hebden, released under his alias Four Tet on 20 August 2012 by Text Records. [10] The album primarily comprises tracks that had already been issued as 12-inch singles; only "Lion" and "Peace for Earth" were previously unreleased. [10] 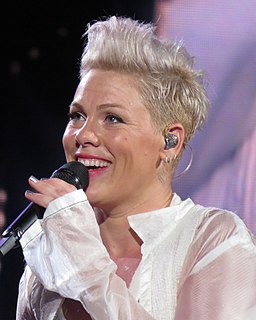 Alecia Beth Moore, known professionally as Pink, is an American singer and songwriter. She was originally a member of the girl group Choice. In 1995, LaFace Records saw potential in Pink and offered her a solo recording contract. Her R&B-influenced debut studio album Can't Take Me Home (2000) was certified double-platinum in the United States and spawned two Billboard Hot 100 top-ten songs: "There You Go" and "Most Girls". She gained further recognition with the collaborative single "Lady Marmalade" from the Moulin Rouge! soundtrack, which topped many charts worldwide. Refocusing her sound to pop rock with her second studio album Missundaztood (2001), the album sold more than 13 million copies worldwide and yielded the international number-one songs "Get the Party Started", "Don't Let Me Get Me", and "Just Like a Pill". 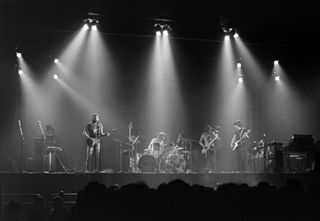 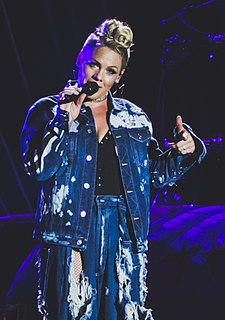 American singer and songwriter Pink has released eight studio albums, three live albums, five compilation albums, 49 singles, six promotional singles, and 44 music videos. In 2000, she released her debut studio album, Can't Take Me Home. It has sold four million units worldwide and yielded three singles, "There You Go", "Most Girls", and "You Make Me Sick". A year later, Pink recorded the Moulin Rouge! version of "Lady Marmalade" with Christina Aguilera, Mýa, and Lil' Kim. Later that year, Pink released her second studio album, Missundaztood, which has sold 15 million copies worldwide. The record was promoted by four singles, "Get the Party Started", "Don't Let Me Get Me", "Just Like a Pill", and "Family Portrait", all of which attended commercial success. 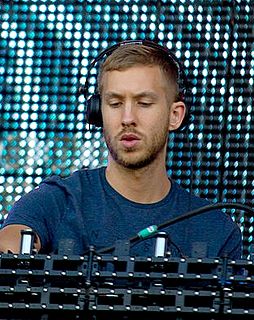 Adam Richard Wiles, known professionally as Calvin Harris, is a Scottish DJ, record producer, singer, and songwriter. He is known for his singles "We Found Love", "This Is What You Came For", "Summer", "Feel So Close", "Outside", "Feels", and "One Kiss". His collaboration with Rihanna, "We Found Love", became an international success, giving Harris his first number one single on the US Billboard Hot 100. He has released five studio albums and runs his own record label, Fly Eye Records, which he founded in 2010. 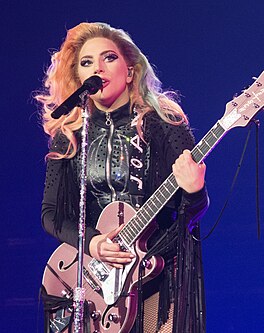 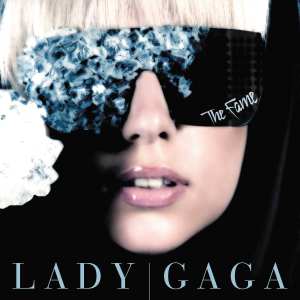 The Fame is the debut studio album by American singer Lady Gaga. It was released on August 19, 2008, by Interscope Records. After joining Kon Live Distribution and Cherrytree Records in 2008, Gaga began working on the album with different producers, primarily RedOne, Martin Kierszenbaum, and Rob Fusari. Musically, The Fame is an electropop, synth-pop, and dance-pop album that displays influences from 1980s music. Lyrically, it visualizes Gaga's love of fame in general, while also dealing with subjects such as love, sex, money, drugs, and sexual identity. The album was primarily promoted through The Fame Ball Tour and multiple television appearances, and was reissued as a deluxe edition with The Fame Monster on November 18, 2009. 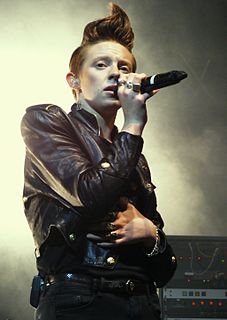 English singer and songwriter La Roux has released three studio albums, one mix album, one mixtape, two extended plays, nine singles, two promotional singles and nine music videos. La Roux was originally formed as a duo in 2006, consisting of Elly Jackson and Ben Langmaid. They first collaborated on the acoustic project Automan before opting to switch to a musical style similar to that of Prince, David Bowie and The Knife, naming their new project La Roux. 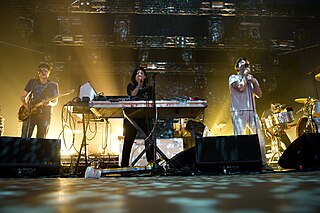 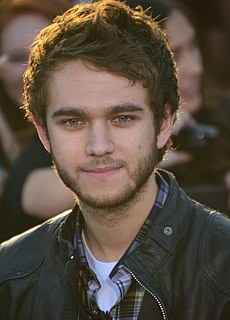 Anton Zaslavski, known professionally as Zedd, is a Russian-German DJ, record producer and songwriter. He primarily produces and performs electro house music, but has diversified his genre and musical style, drawing influences from progressive house, dubstep, and classical music.