Shweta Pandit is an Indian singer and actress in Bollywood. [1] She is the grand-niece of Indian classical vocalist and Padma Vibhushan awardee, Pandit Jasraj. She has also recorded popular songs for various Telugu and Tamil film songs and many other Indian languages.

At the young age of 4, Shweta worked with Indian composer, Ilayaraja for the award-winning film Anjali , which was re-recorded in Hindi. She re-dubbed for the lead child in the film and also sang the songs in Hindi, [2] making her one of the youngest singers in the Bollywood Music Industry. She also recorded for legendary tabla player Ustad Zakkir Hussain at the age of 9 for his first film as composer, Saaz .

In 2012, Shweta was introduced in the Tamil playback singing industry with a hat trick of releases for composer Yuvan Shankar Raja. [3] Vettai, Billa II and Aadhi Baghavan fetching her the finest reviews for her renditions and also winning awards for the same.

Shweta was invited on Indian Idol - Junior (2015) as a guest artist, singing with the young talents of India.

Shweta was roped in for Mirchi Music Awards (2017) to pay tribute to biggest Indian composer, AR Rahman for completing 25 years in the music industry, her renditions of "Kehna hi kya", "Satrangi Re" and "Haye Rama" at the award night went viral on her YouTube channel with rave reviews.

Shweta also featured as the lead female vocalist for the grand IPL (Indian Premiere League) Opening Ceremony 2016 with America's Major Lazer, along with Katrina Kaif, Honey Singh, DJ Bravo, Fuse ODG, Ranveer Singh and Jacqueline Fernandez performing their No. 1 Hit "Lean On" to a live television audience of over a billion people across India.

Pandit featured in the Coca-Cola (TVC) featuring Indian cricketer Gautam Gambhir and directed by Dibakar Banerjee. Her other commercials include Greelam laminates, directed by National award-winning Ram Madhvani, who praised her for her comic timing in the commercial.

She acted in David , directed by Bejoy Nambiar. [7] It features her in her first acting role in 3 Indian languages, featuring Neil Mukesh, Chiyaan Vikram, Jiiva, Lara Dutta, Tabu and Naasar, who played her father.

She has also acted with Anil Kapoor in 24 (Indian TV series) (2014), directed by Abhiney Deo on Colors channel (Season 1).

In 2015, she did a powerful role as Madhu, with actor Sara Loren in Barkhaa , earning rave reviews for her performance.

In 2018, Shweta did the lead role as Prisha, the lady who plots and plans against her own lover to win his life insurance, leading him into abatement to suicide in this crime-thriller Naash which was a 4-episodic web-series on YouTube.

Kedarnath Bhattacharaya, better known as Kumar Sanu, is an Indian playback. He is popularly known as King of melody in bollywood. He is famous for singing thousands of bollywood Hindi song. Apart from Hindi, he has also sang in other languages including Marathi, Nepali, Assamese, Bhojpuri, Gujarati, Telugu, Malayalam, Kannada, Tamil, Punjabi, Odia, Chhattisgarhi, Urdu, Pali, English and his native language Bengali, both in West Bengal and Bangladesh. He holds the record for winning five consecutive Filmfare Award for Best Male Playback Singer (1990-1994) along with Arijit Singh. For his contribution to Indian cinema and music, he was awarded the Padma Shri in 2009 by the Government of India. His tracks feature in BBC's "Top 40 Bollywood Soundtracks of all time". 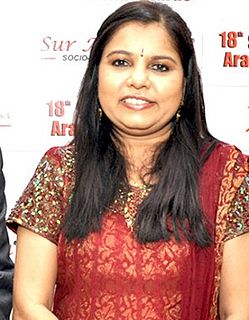 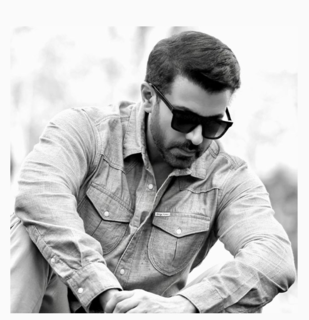 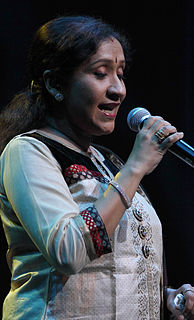 Sujatha Mohan is an Indian playback singer who is popular for singing in Malayalam, Tamil and Telugu movies. She has also sung for Kannada, Badaga, Hindi movies. In a career spanning 45 years, she has recorded more than 10000 songs till date. She is regarded as one of the most prolific singers in the Indian music industry. 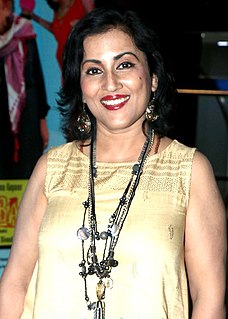 Madhushree is an Indian singer, who sings like the sister voice of Sadhana Sargam and, Madhu sings in Hindi, Bengali, Kannada, Tamil and Telugu films. A familiar voice in A. R. Rahman's compositions, Madhushree hails from a musically inclined family, having previously been trained in classical and western styles music. Her father wanted her to be a classical singer, Madhushree joined the Rabindra Bharati University and completed her masters, but her desire was always to be a playback singer. 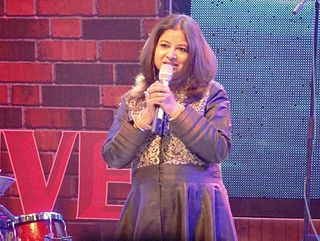 Rekha Bhardwaj is an Indian singer and live performer. She has received two Filmfare and one National Awards. In addition to Hindi, she has also sung in Bengali, Marathi, Punjabi and Malayalam languages. 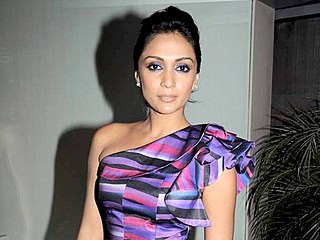 Shveta Salve is an Indian television actress and model, most known as a runner-up of the dance reality series, Jhalak Dikhhla Jaa.

Sapna Awasthi Singh is a Bollywood playback singer best remembered for her "Chaiyya Chaiyya" from Dil Se.. and "UP Bihar Lootne" from Shool (1999). 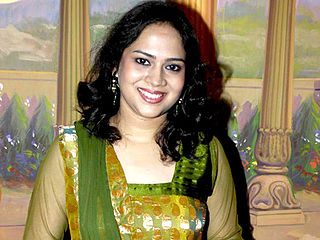 Shweta Subram is an Indo-Canadian Bollywood and Kollywood playback singer and the voice of the recently trending Jalebi Baby. She primarily sings in Hindi, though she has also lent her voice to other languages. Shweta is the recipient of multiple awards including the North American Best Singer award from Sangam Kala Group, and Best Singer Award from Shankar Mahadevan Academy's talent hunt, judged by Shankar Mahadevan himself. Shweta was an active participant in the International Indian Film Academy Awards (2011), performing with Bollywood music composer/director duo Salim-Sulaiman for IIFA Rocks in Toronto.

Lekar Hum Deewana Dil is the soundtrack album, composed by A. R. Rahman, to the 2014 Hindi film of the same name, directed by Arif Ali that stars Armaan Jain and Deeksha Seth in the lead roles. The film is jointly produced by Saif Ali Khan, Dinesh Vijan and Sunil Lulla under the banner of Eros International and Illuminati Films. The album features six tracks, and was digitally released on 13 June 2014 on Eros Music.

Divya Kumar is an Indian Bollywood playback singer who has lent his voice in a number of Bollywood films. 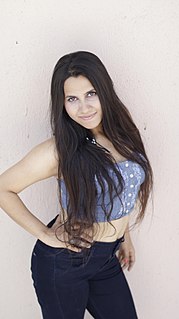 Nikhita Gandhi is an Indian playback singer who has worked in Indian films in four different languages. She has worked on Tamil, Hindi, Telugu, Bengali, and Kannada film projects.

Pushpa Hans Kapoor (1917–2011) was an Indian playback singer and film actor of the Hindi and Punjabi film industries in the 1940s and 1950s. She was known for her songs in the 1950 Hindi film, Sheesh Mahal and her acting in the 1949 film Apna Desh. She was a recipient of the fourth highest Indian civilian award of the Padma Shri.

Vardan Singh is an Indian Playback singer and music director. He first gained popularity for his song Kabhi Yun Bhi from the movie Ishq Junoon.