The siege of Hennebont of 1342 was an episode of the succession of the War of Bretagne. The forces of Charles of Blois kept Jeanne of Flandre in the city, while they waited for English reinforcements. The arrival of these reinforcements in June 1342 provoked the lifting of the siege.

Jeanne of Flandre took refuge in Hennebont and waited for the reinforcements of Amaury of Clisson and the English troops. The siege of the city was made by the supporters of Charles of Blois. Following a trick, she succeeded in getting out of the besieged city, and going to Auray to find the reinforcements. They returned to Hennebont five days later, still thanks to a trick.

The siege itself continued until the arrival of English reinforcements, who penetrated Blavet (present day Port-Louis) in June.

The siege was then lifted, and the besiegers took the road to Auray to give a hand to Charles of Blois, who then held a siege in Auray. 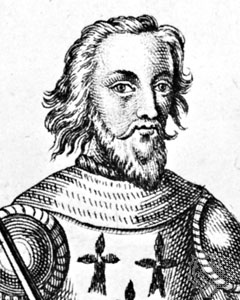 Charles of Blois-Châtillon "the Saint", was the legalist Duke of Brittany from 1341 to his death via his marriage to Joan, Duchess of Brittany and Countess of Penthièvre, holding the title against the claims of John of Montfort. The cause of his possible canonization was the subject of a good deal political maneuvering on the part of his cousin, Charles V of France who endorsed it, and his rival, Montfort, who opposed it. The cause fell dormant after Pope Gregory XI left Avignon in 1376, but was revived in 1894. Charles of Blois was beatified in 1904. 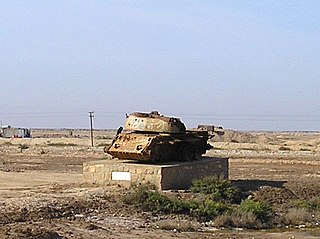 The Siege of Abadan refers to the encirclement of the city by Iraqi forces beginning in November 1980. The city had already been under almost daily bombardment since the early days of the war, which began the previous September. 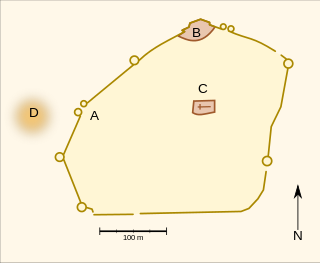 The Siege of Rennes was an episode in the War of the Breton Succession during 1356-1357.

The Siege of Dublin took place in 1649 during the Irish Confederate Wars. It was a failed attempt by combined Irish Royalist and Confederate forces to capture the capital of Dublin which was held by English Republican forces under Michael Jones. It was part of a strategy by Duke of Ormonde, head of an alliance loyal to Charles II, to seize the remaining foothold of Ireland still under the control of the London Parliament.