Sreekrishnapuram is a town within the Ottappalam Tehsil of Palakkad district in the state of Kerala, India. [1]

The town has a government Engineering College established in 1999 and several schools: 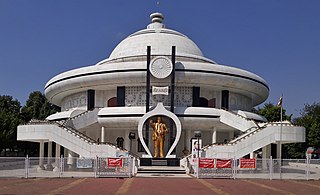 Hazaribagh is a city and a municipal corporation in Hazaribagh district in the Indian state of Jharkhand. It is the divisional headquarters of North Chotanagpur division. It is considered as a health resort and is also popular for Hazaribagh Wildlife Sanctuary. It is represented in the Indian Lok Sabha by its Member of Parliament Jayant Sinha. 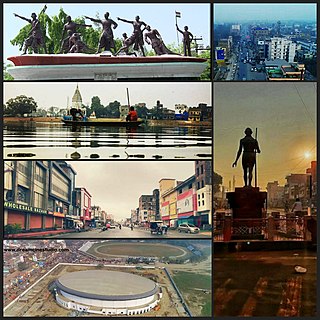 Bettiah is a city and administrative headquarters of West Champaran district - (Tirhut), near Indo-Nepal border, 225 kilometres (140 mi) north-west of Patna, in Bihar state of India. 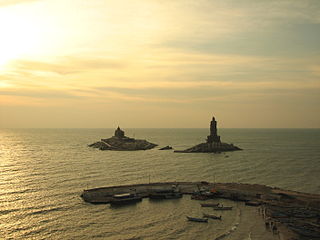 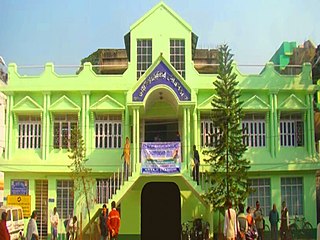 Diamond Harbour is a town and a municipality of the South 24 Parganas district in the Indian state of West Bengal. It is situated on the eastern banks of the Hooghly River. It is the headquarters of the Diamond Harbour subdivision. 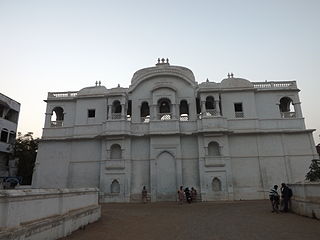 Vizianagaram district is one of the six districts in the Uttarandhra region of the Indian state of Andhra Pradesh with its headquarters located at Vizianagaram. The district is bounded on the east by the district of Srikakulam, north by Parvathipuram Manyam southeast by Visakhapatnam, south by Anakapalli, southeast by the Bay of Bengal, and northwest by the state of Odisha. It was formed on 1 June 1979, with some parts carved from the neighbouring districts of Srikakulam and Visakhapatnam. The district is named after the princely state of Vizianagaram. It is the least populous district in Andhra Pradesh. 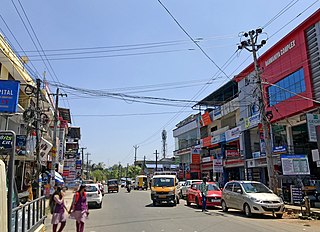 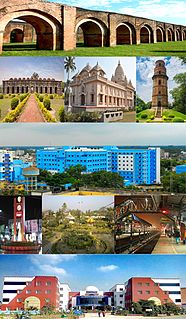 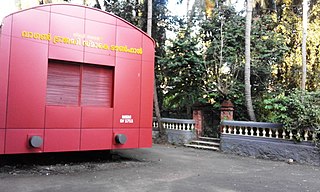 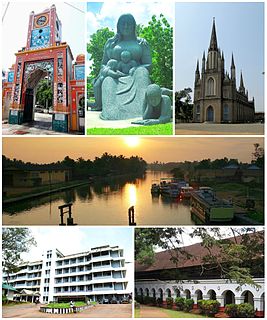 Kottayam, IPA: [koːʈːɐjɐm] is a city in the Indian state of Kerala. Flanked by the Western Ghats on the east and the Vembanad Lake and paddy fields of Kuttanad on the west. It is the district headquarters of Kottayam district, located in south-west Kerala. Kottayam is located in the basin of the Meenachil River at an average elevation of 3 metres (9.8 ft) above sea level, and has a moderate climate. It is located approximately 155 kilometres (96 mi) north of the state capital Thiruvananthapuram. 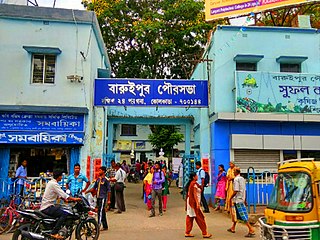 Baruipur is a town and a municipality of the South 24 Parganas district in the Indian state of West Bengal. It is a part of the area covered by the Kolkata Metropolitan Development Authority (KMDA). It is the headquarters of the Baruipur subdivision. 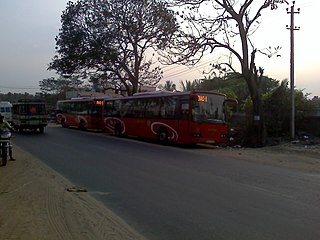 Gottigere is a suburb in the southern periphery of Bangalore city, along Bannerghatta Road in the Indian state of Karnataka. It is surrounded by the famous NICE Road and smaller areas like Basavanapura and Kalena Agrahara. It has been named after "Gottigere lake" which is near NICE Road. This area has seen fast growth due to many IT companies establishment near Bannerghatta Road & Electronic city. 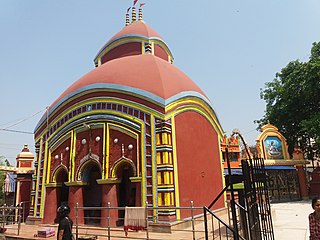 Singur is a census town in Singur CD Block in Chandannagore subdivision of Hooghly district in the Indian state of West Bengal. 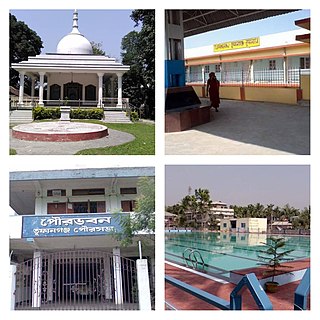 Tufanganj is a town and a municipality of Cooch Behar district in the Indian state of West Bengal. It is the headquarters of the Tufanganj subdivision.

Bareta is a city and municipal council in the Mansa district in Southern Punjab, India. It is a small town that lies on the NH-148B. 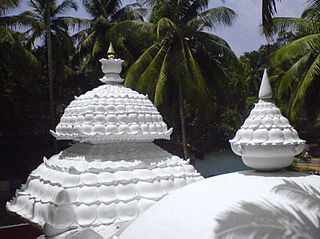 Attoor is a panchayat town in Kanniyakumari district in the Indian state of Tamil Nadu.

Karimpuzha is a gram panchayat in the Palakkad district, state of Kerala, India. It is a local government organisation that serves the villages of Karimpuzha-I and Karimpuzha-II. 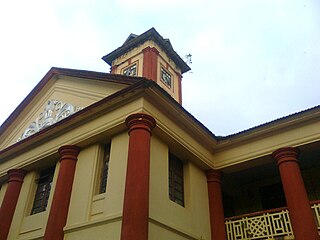