While the word stanitsa in a modern usage survives, the stanitsa system in its historic context was effectively destroyed in the aftermath of the Russian revolution, when the Civil War and subsequent collectivisation of the land by the state in the Stalinist period and Holodomor destroyed the culture and the economic foundations of stanitsas.

Historically, the stanitsa was a unit of economic and political organisation of the Cossack peoples primarily in the southern regions of the Russian Empire.

Much of the land was held in common by the stanitsa, subject to annual allocation to Cossack families by the Ataman, the appointed leader of the community. This was a fully democratic, unique process, characteristic of Russia's South only. A similar democratic system was only used in Novgorod Republic, before its annexation by the Muscovite Tsardom.

In modern Russia, stanitsas are classified as a type of rural localities and are mostly predominant in the southern regions of Rostov Oblast, Krasnodar and Stavropol Krais and most of the Republics of the Northern Caucasus.

The Cossacks are a group of predominantly East Slavic-speaking Orthodox Christian people who became known as members of democratic, self-governing, semi-military communities, originating in the Pontic steppe, north of the Black Sea. They inhabited sparsely populated areas and islands in the lower Dnieper, Don, Terek and Ural river basins and played an important role in the historical and cultural development of both Ukraine and Russia. 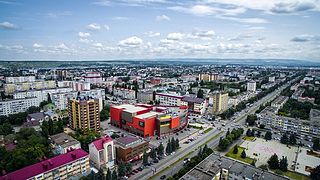 Cherkessk is the capital city of the Karachay-Cherkess Republic, Russia, as well as its political, economic, and cultural center. Its population was 129,069.

Krasnodar Krai is a federal subject of Russia, located in the North Caucasus region in Southern Russia and administratively a part of the Southern Federal District. Its administrative center is the city of Krasnodar. The third most-populous federal subject, the krai had a population of 5,226,647 as of the 2010 Census.

The history of the Cossacks spans several centuries. 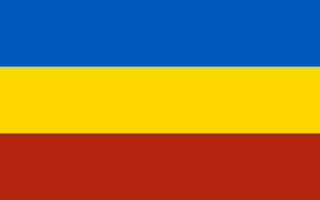 Don Cossacks or Donians, are Cossacks who settled along the middle and lower Don. Historically, they have been located within what was the Don Cossack Host, which was either an independent or an autonomous democratic republic in the present-day Southern Russia and the Donbass region of Ukraine, from the end of the 16th century until 1918. As of 1992, by the presidential decree of the Russian Federation, Cossacks can be enrolled on a special register. A number of Cossack communities have been reconstituted to further the Cossack cultural traditions, including those of the Don Cossack Host.

Astrakhan Cossack Host was a Cossack host of Imperial Russia drawn from the Cossacks of the Lower Volga region, who had been patrolling the banks of the Volga River from the time of Russia's annexation of Astrakhan Khanate in 1556.

Ussuri Cossack Host was a Cossack Host in Imperial Russia, located in Primorye south of Khabarovsk along the Ussuri River, the Sungari River, and around the Khanka Lake.

Kuban Cossacks, or Kubanians, are Cossacks who live in the Kuban region of Russia. Most of the Kuban Cossacks are descendants of different major groups of Cossacks who were re-settled to the western Northern Caucasus in the late 18th century. The western part of the host was settled by the Black Sea Cossack Host who were originally the Zaporozhian Cossacks of Ukraine, from 1792. The eastern and southeastern part of the host was previously administered by the Khopyour and Kuban regiments of the Caucasus Line Cossack Host and Don Cossacks, who were re-settled from the Don from 1777.

A Cossack host, sometimes translated as Cossack army, was an administrative subdivision of Cossacks in the Russian Empire.

The Terek Cossack Host was a Cossack host created in 1577 from free Cossacks who resettled from the Volga to the Terek River. The local aboriginal Terek Cossacks joined this Cossack host later. In 1792 it was included in the Caucasus Line Cossack Host and separated from it again in 1860, with the capital of Vladikavkaz. In 1916 the population of the Host was 255,000 within an area of 1.9 million desyatinas.

Azov Cossack Host was a Cossack host that existed on the northern shore of the Sea of Azov, between 1832 and 1862. 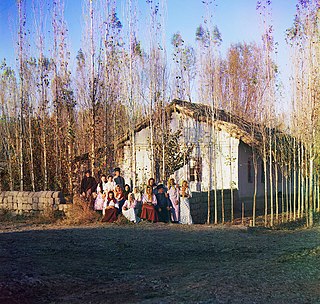 Decossackization was the Bolshevik policy of systematic repressions against Cossacks of the Russian Empire, especially of the Don and the Kuban, between 1917 and 1933 aimed at the elimination of the Cossacks as a separate ethnic, political, and economic entity. This was the first example of Soviet leaders deciding to "eliminate, exterminate, and deport the population of a whole territory," which they had taken to calling the "Soviet Vendée" The decossackization is frequently described as a genocide of the Cossacks, a process described by scholar Peter Holquist as part of a "ruthless" and "radical attempt to eliminate undesirable social groups" that showed the Soviet regime's "dedication to social engineering".

The Don Army was the military of the short lived Don Republic and a part of the White movement in the Russian Civil War. It operated from 1918 to 1920, in the Don region and centered in the town of Novocherkassk.

The Danubian Sich was an organization of the part of former Zaporozhian Cossacks who settled in the territory of the Ottoman Empire after their previous host was disbanded and the Zaporizhian Sich was destroyed. 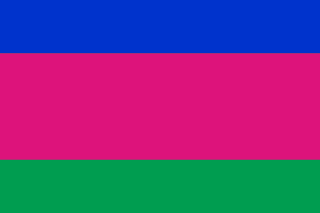 The Kuban People's Republic was an anti-Bolshevik state during the Russian Civil War, comprising the territory of the modern-day Kuban region in Russia.

The Danube Cossack Host was a Ukrainian Cossack Host formed in 1828 prior to the Russo-Turkish War (1828–1829), on the order of Emperor Nicholas I from descendants of the Zaporozhian Cossacks living in Bessarabia and in particularly the Budjak. Ukrainian Cossack Host named Lower-Danube Budjak Host had been formed there in 1807 but was disbanded soon afterwards. The Host also included some volunteers from the Nekrasov Cossacks and the Balkan peoples such as Romanians, Serbs and Bulgarians. Initially three selos of the Akkerman poviat where in the Cossacks control: Akmangit, Starokazachye, and Volonterovka. 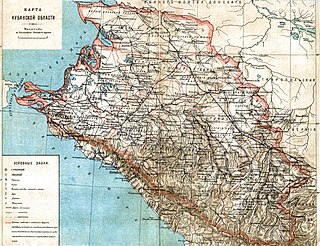 The Kuban Oblast was an oblast (province) of the Caucasus Viceroyalty of the Russian Empire. It roughly corresponded to most of the Kuban and Circassia regions. It was created in 1860 out of Kuban Cossack territories that had once been part of the Crimean Khanate and the land of the Circassians. It was dissolved upon the assumption of supreme authority by the Kuban Rada in 1917 and the independence of the Kuban People's Republic in 1918.