The Pilot is the official newspaper of the Archdiocese of Boston and claims the title of "America's Oldest Catholic Newspaper", having been in continuous publication since its first issue on September 5, 1829. Although the first Catholic newspaper in the United States, The United States Catholic Miscellany of Charleston, South Carolina, was founded seven years earlier in 1822, it ceased publication in 1861.

The paper was founded by Bishop Benedict Joseph Fenwick, the second bishop of Boston, at a time of increased Irish immigration to the United States and rising anti-Catholic animus to the newcomers' church. In its first edition, Bishop Fenwick wrote that the newspaper's purpose was to defend against the "crying calumnies and gross misrepresentations which in this section of the country have been so long, so unsparingly, so cruelly heaped upon the Church." [1]

In 1834, Fenwick sold the publication to two laymen—Henry Devereux, the publisher, and Patrick Donahoe, an employee who quickly became the newspaper's sole proprietor. In 1838, Donahoe became editor, and he maintained control of the newspaper until his death in 1891. During much of the 19th century, The Pilot acquired a reputation of being an Irish-American cultural newspaper. The great majority of Boston's Catholics were originally immigrants from Ireland, with tens of thousands arriving during and after the Great Famine. Notable editors linked to the movement for Irish independence include John Boyle O'Reilly, James Jeffrey Roche and Thomas D'Arcy McGee. [1]

Archbishop William Henry O'Connell purchased the paper in 1908 and turned it into the official voice of Boston's archdiocese. He closely monitored its editorial policies and sought to promote its readership among local Catholic families. In 1979, The Pilot celebrated its 150th anniversary and featured special information about the newspaper's history. As of 2004, its circulation was of 23,039 printed copies. [1]

In 2006, the newspaper launched its online edition, TheBostonPilot.com, which offers expanded content and multimedia features.

Beginning as The Jesuit or Catholic Sentinel, the newspaper's name was changed several times in its first seven years. Titles included The Jesuit, The United States Catholic Intelligencer, and The Literary and Catholic Sentinel. By 1836, Patrick Donahoe changed the name of the newspaper to The Boston Pilot, partly in tribute to the Dublin Pilot . [1]

In 1858, the newspaper's Old English nameplate The Pilot appeared for the first time, under the editorship of Father Joseph M. Finotti, along with the motto, "Be just and fear not, let all the ends thou aim'st at be thy God's, thy Country's and Truth's". [1] Despite the fact that the name The Pilot and its logo have remained essentially unchanged for over 150 years, it is not uncommon for the newspaper to be referred to as The Boston Pilot to this day. 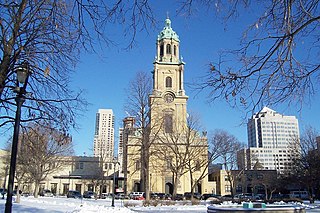 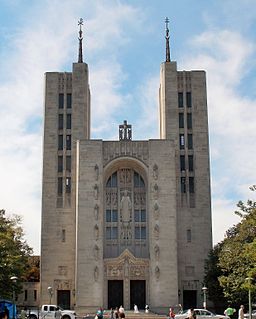 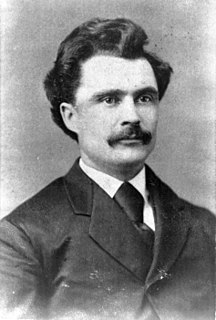 John Boyle O'Reilly was an Irish-American poet, journalist, author and activist. As a youth in Ireland, he was a member of the Irish Republican Brotherhood, or Fenians, for which he was transported to Western Australia. After escaping to the United States, he became a prominent spokesperson for the Irish community and culture, through his editorship of the Boston newspaper The Pilot, his prolific writing, and his lecture tours.

The Roman Catholic Archdiocese of Boston is an ecclesiastical territory or Archdiocese of the Roman Catholic Church in the New England region of the United States. It comprises several counties of the Commonwealth of Massachusetts. It is led by a prelate archbishop who serves as pastor of the mother church, Cathedral of the Holy Cross in the South End of Boston. 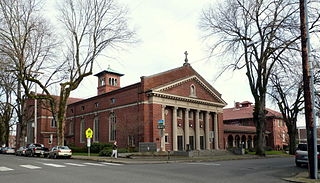 The Archdiocese of Portland in Oregon is an archdiocese of the Roman Catholic Church in the Pacific Northwest region of the United States. It encompasses the western part of the state of Oregon, from the summit of the Cascades to the Pacific Ocean. The Archbishop of Portland serves as the Ordinary of the archdiocese and Metropolitan of the Ecclesiastical Province of Portland whose suffragan dioceses cover the entire three states of Oregon, Idaho, and Montana. The dioceses of the province include Baker, Boise (Idaho), Helena, and Great Falls-Billings.

John Joseph Williams was an American bishop of the Roman Catholic Church. He was the fourth Bishop and first Archbishop of the Archdiocese of Boston, serving between 1866 and his death in 1907.

John Francis Donoghue served as the second Bishop of the Roman Catholic Diocese of Charlotte and then as the fifth Archbishop of the Archdiocese of Atlanta in the United States of America. 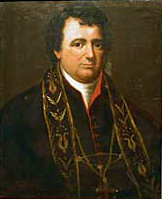 Benedict Joseph Fenwick was an American Catholic bishop, educator, and Jesuit who served as the Bishop of Boston from 1825 to his death in 1846. He was twice the president of Georgetown College, established the College of the Holy Cross, and founded several educational institutions in New York City and Boston.

Edward Dominic Fenwick, O.P. was an American prelate of the Catholic Church and a Dominican friar.

The Roman Catholic Archdiocese of Hartford is a diocese of the Latin Church in Hartford, Litchfield and New Haven counties in the U.S. State of Connecticut. The archdiocese includes about 470,000 Catholics, more than 500 priests, 216 parishes and almost 300 deacons. This is roughly one-half the population of the three counties.

Denis Bambrick Cashman was an Irish political prisoner and diarist who was transported to Western Australia due to Fenianism and wrote of his experiences in a diary. 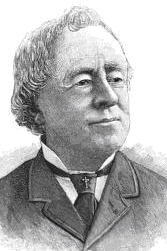 Patrick Donahoe was a publisher who founded influential magazines for the Irish Catholic community in his adopted country. 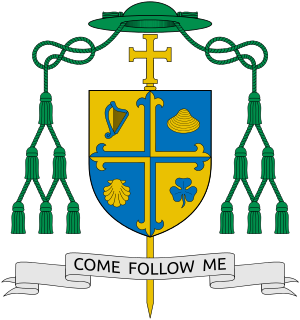 John Anthony Dooher is an American prelate of the Roman Catholic Church. He served as an auxiliary bishop of the Archdiocese of Boston.

William Tyler was an American prelate of the Roman Catholic Church who served as the first Bishop of Hartford (1844–1849). 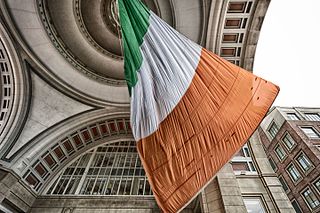 People of Irish descent form the largest single ethnic group in Boston, Massachusetts. Once a Puritan stronghold, Boston changed dramatically in the 19th century with the arrival of European immigrants. The Irish dominated the first wave of newcomers during this period, especially following the Great Irish Famine. Their arrival transformed Boston from an Anglo-Saxon, Protestant city into one that has become progressively more diverse. The Yankees hired Irish as workers and servants, but there was little social interaction. In the 1840s and 50s, the anti-Catholic, anti-immigrant Know Nothing movement targeted Irish Catholics in Boston. In the 1860s, many Irish immigrants fought for the Union in the American Civil War, and that display of patriotism helped to dispel much of the prejudice against them.

Irish American journalism includes newspapers, magazines, and the newer media, with coverage of the reporters, editors, commentators, producers and other key personnel.

Katherine Eleanor Conway was an American journalist, editor, and poet. A devout Catholic, she supported women's education but opposed suffrage. Hailing from the U.S. state of New York, Conway worked on various newspapers, including The Pilot, where she served as associate editor (1890-1905) and editor in chief/managing editor (1905-1908), "the first and only woman to hold that position, despite never receiving credit on the masthead". She organized the first Catholic reading circle in Boston, serving as its president, and as well as presiding officer of the New England Woman's Press Association. Conway was an active member of the Boston Authors' Club, and a reader of original essays on religious and intellectual topics before prominent literary and social clubs. In 1907, she received the Laetare Medal from the University of Notre Dame. 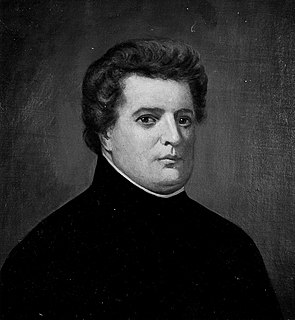