The Stars Look Down (film)

Last updated September 04, 2022
1940 film by Carol Reed
For other uses, see The Stars Look Down (disambiguation).

Coal miners, led by Robert "Bob" Fenwick, go on strike, refusing to work in a particular section of the mine due to the great danger of flooding, despite their own union supporting Neptune Colliery's owner, Richard Barras. Tensions rise as the strikers go hungry. Finally, some of them break into a butcher's shop and loot it. Bob Fenwick tries to stop it, but ends up being arrested himself. The miners give in and go back to work. Bob's son "Davey" wins a scholarship and moves away to attend school.

While studying, Davey runs into an old friend, Joe Gowlan, now a bookmaker and philanderer. They go to a restaurant together with one of Gowlan's girlfriends, Jenny Sunley, the daughter of Gowlan's landlady. She tries to make Gowlan jealous by pretending to be smitten with Davey, but he is not taken in. He obtains a much better job from Stanley Millington through the influence of Millington's wife Laura. In the process he desserts Jenny who easily courts Davey, getting him to abandon his university career for a teaching job.

Jenny is dissatisfied with her life as home-maker on Davey’s low wages and is profligate. Davey has unconventional modern teaching methods which are not appreciated by his seniors and he is sacked. While tutoring Barras’s son he finds Gowlan making a secret deal with Barras to mine in the dangerous section of the pit. Outraged he tries to persuade the Trade Union to call a strike but his motives are questioned after it becomes known that Gowlan has renewed acquaintance with Jenny.

The new contract proceeds and disaster strikes at the mine.

A week of filming was undertaken at Great Clifton, and at St Helens Colliery, Siddick, in Cumberland, followed by seven weeks of shooting at Denham and Twickenham Studios in London, where an elaborate pithead was simulated. There is also a shot at Derwent Crossings, looking towards Mossbay pig-iron works in Workington. The railway station used was Workington Central on the Cleator & Workington Junction Railway. Several shots of Middle Row and Back Row in Northside, a village at the northern end of the town of Workington, are also included.

Later the set was moved to Shepperton Studios for another week of shooting. The original set of the pithead was used to make up a huge composite set of 40,000 square yards, then the largest exterior set ever constructed for a British film. The set consisted of a replica of the Workington pit where the location work had been done, including the pithead complete with cage, ramp and outer buildings, and rows of miners' cottages. Pit ponies from the Cumberland mines were used and the miners' costumes consisted of clothes purchased from colliery workers.

The film provided a rare character role for Margaret Lockwood. [2]

Differences between the British and U.S. versions

The film was released in the United States a year and a half after the British premiere. The opening and end credits were changed, and were supplemented with a voiceover narration by Lionel Barrymore. In addition, the departing scenes and dialogue at the end between Davey and his mother were cut.

In the original version the opening credits appear against establishing shots of the pithead, and the men emerging from underground and walking down towards the pit owner to begin their strike. The U.S. version uses a plain background for the main title and an explanatory voiceover that lessens the graphic impact of the original.

The U.S. version ends with the camera rising above the pit as the Lord's Prayer is spoken after the disaster, with verses added and a final shot of heavenly clouds and a longer voiceover. The original version has the first line of the Lord's Prayer as the camera rises to the black sky above the pit. It then fades in to the final scenes as Davey's mother is downstairs preparing her son's sandwiches for his return to work at the pit. Davey emerges down the stairs dressed, not in work clothes, but in a suit. He tells his mother that he is going to work for the union. His mother says, "You are all I have left now ..." and gives him an apple for the train journey. He goes to the front door and turns back to his mother, who stands at the hearth. The final shot is an exterior of the cottage with Davey leaving while his mother watches from the window.

The miners' strike of 1984–1985 was a major industrial action within the British coal industry in an attempt to prevent colliery closures. It was led by Arthur Scargill of the National Union of Mineworkers (NUM) against the National Coal Board (NCB), a government agency. Opposition to the strike was led by the Conservative government of the Prime Minister, Margaret Thatcher, who wanted to reduce the power of the trade unions.

The Blantyre mining disaster, which happened on the morning of 22 October 1877, in Blantyre, Scotland, was Scotland's worst ever mining accident. Pits No. 2 and No. 3 of William Dixon's Blantyre Colliery were the site of an explosion which killed 207 miners, possibly more, with the youngest being a boy of 11. It was known that firedamp was present in the pit and it is likely that this was ignited by a naked flame. The accident left 92 widows and 250 fatherless children. 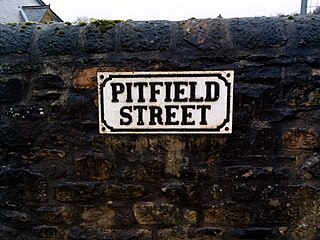 A pit village, colliery village or mining village is a settlement built by colliery owners to house their workers. The villages were built on the coalfields of Great Britain during the Industrial Revolution where new coal mines were developed in isolated or unpopulated areas. Such settlements were developed by companies for the incoming workers.

The National Coal Mining Museum for England is based at the site of Caphouse Colliery in Overton, Wakefield, West Yorkshire, England. It opened in 1988 as the Yorkshire Mining Museum and was granted national status in 1995.

Cwmdare is a village very close to Aberdare, in Rhondda Cynon Taf, Wales. The village's history is intertwined with coal-mining, and since the decline of the industry in the 1980s, it has become primarily a commuter base for the larger surrounding towns of Aberdare and Merthyr Tydfil and Pontypridd, as well as the cities of Cardiff and Swansea. 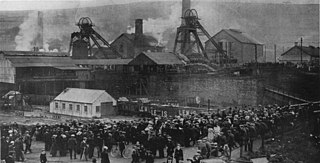 The Senghenydd colliery disaster, also known as the Senghenydd explosion, occurred at the Universal Colliery in Senghenydd, near Caerphilly, Glamorgan, Wales, on 14 October 1913. The explosion, which killed 439 miners and a rescuer, is the worst mining accident in the United Kingdom. Universal Colliery, on the South Wales Coalfield, extracted steam coal, which was much in demand. Some of the region's coal seams contained high quantities of firedamp, a highly explosive gas consisting of methane and hydrogen. 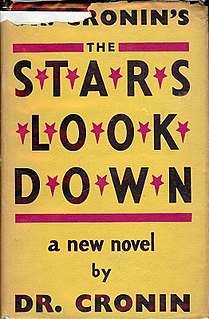 Cwmparc is a village and a district of the community of Treorchy, in the Rhondda Valley, Wales. 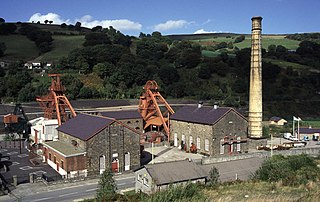 Rhondda Heritage Park, Trehafod, Rhondda, South Wales is a tourist attraction which offers an insight into the life of the coal mining community that existed in the area until the 1980s.

Philip Gordon Weekes was a Welsh mining engineer. As the National Coal Board's manager of the South Wales coalfields, Weekes played an important role mediating between the two sides of the miners' strike of 1984-85.

Frickley & South Elmsall Colliery was opened by the Carlton Main Colliery Company Ltd in 1903 in South Elmsall, in Yorkshire, England.

Lady Windsor Colliery was a coal mine located in the village of Ynysybwl in South Wales. Opened in 1884, it closed in 1988, 104 years later.

The Knockshinnoch disaster was a mining accident that occurred in September 1950 in the village of New Cumnock, Ayrshire, Scotland. A glaciated lake filled with liquid peat and moss flooded pit workings, trapping more than a hundred miners underground. For several days rescue teams worked non-stop to reach the trapped men. Most were eventually rescued three days later, but 13 died. The disaster was an international media event.

Maerdy Colliery was a coal mine located in the South Wales village of Maerdy, in the Rhondda Valley, located in the county borough of Rhondda Cynon Taf, and within the historic county boundaries of Glamorgan, Wales. Opened in 1875, it closed in December 1990. 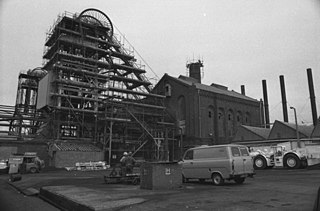 Haig Colliery was a coal mine in Whitehaven, Cumbria, in north-west England. The mine was in operation for almost 70 years and produced anthracitic coal which is most useful for coking coal. Situated on the coast, the underground workings of the mine spread westwards out under the Irish Sea and mining was undertaken at over 4 miles (6.4 km) out underneath the sea bed.

The Happy Lands is a 2012 British film written by Peter Cox and Robert Rae about a coal-mining community in Fife, Scotland, during the long strike of 1926. The film was released on 17 February 2012. Much of the film's dialogue is in the Scots language.

Barrow Colliery was a coal mine in Worsborough, South Yorkshire, England. It was first dug in 1873, with the first coal being brought to the surface in January 1876. It was the scene of a major incident in 1907 when seven miners died. After 109 years of coaling operations, the mine was closed in May 1985.