Theatrhythm Dragon Quest was first announced at Jump Festa 2015 on December 10, 2014, with a playable demo. [6] A trial version was released on March 11, [7] and a smartphone app called Intro Quiz Battle was released on March 20, 2015. The app has players listen to songs from Dragon Quest games and answer questions about them until the app was shut down on April 30, 2015. [8]

Producer Ichiro Hazama mentioned in an interview that developers would monitor fan feedback as to what additional songs would be included as downloadable content. [9] The first collection of DLC was previewed a week before the game was released in March 2015 and featured five songs, one from each of the first five Dragon Quest games. [10] A second DLC song collection from Dragon Quests III through V was released in April 2015. [11] A fourth DLC packet of four songs was made available free of charge in May 2015. [12] 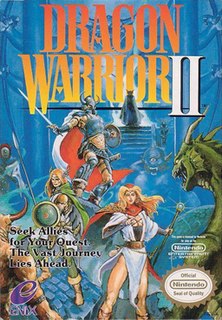 Dragon Quest II: Luminaries of the Legendary Line, titled Dragon Warrior II when initially localized to North America, is a role-playing video game developed by Chunsoft and published by Enix in 1987 for the Nintendo Entertainment System as a part of the Dragon Quest series. Enix's U.S. subsidiary published the American version, Dragon Warrior II, for the Nintendo Entertainment System in 1990. Dragon Quest II is set one hundred years after the events of the first game. 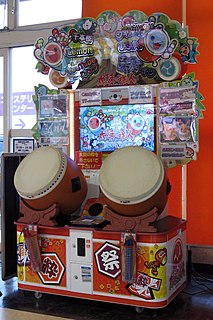 Dragon Quest X is a massively multiplayer online role-playing game (MMORPG) developed and published by Square Enix. It is the tenth mainline entry in the Dragon Quest series. It was originally released for the Wii in 2012, and was later ported for Wii U, Microsoft Windows, PlayStation 4, Nintendo Switch, Android, iOS, and Nintendo 3DS, all of which support cross-platform play. Outside of a discontinued Windows version in Chinese, the game was not localized outside of Japan.

indieszero Corporation, Ltd. is a video game development company headquartered in Musashino, Tokyo, Japan. It was founded on April 21, 1997, and has developed video games for other video game companies, including Nintendo, SEGA, and Square Enix.

Dragon Quest Wars is a turn-based strategy video game developed by Intelligent Systems and published by Square Enix for the Nintendo DSi via the systems's DSiWare download service. It is part of the Dragon Quest series and features monsters from the series. It supports up to four player multiplayer, both local and online. Dragon Quest Wars was announced on May 18, 2009, and was released in Japan on June 24, 2009, in North America on September 28, 2009, and in the PAL regions on October 9, 2009. 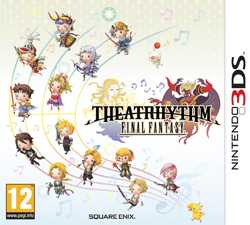 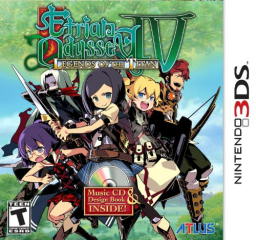 Dragon Quest Builders is a sandbox action role-playing game developed and published by Square Enix for the PlayStation 4, PlayStation 3, PlayStation Vita, and published by Nintendo for Nintendo Switch. The game is set in Alefgard, the world of the original Dragon Quest video game, with players controlling the builder who is tasked with rebuilding the world after it was destroyed. The game features a blocky aesthetic style, with gathering and building elements similar to games such as Minecraft. The game was released in Japan in January 2016, and worldwide in October 2016. A sequel, Dragon Quest Builders 2, was released in Japan in December 2018 and worldwide in July 2019.

4Gamer.net is a Japanese video game website operated by Aetas Inc. It was launched in August 2000. 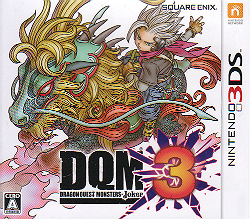 AQURIA Co., Ltd. is a Japanese game developer based in Yokohama, Japan. The company is mainly engaged in software development of console games.

Cattle Call Inc. is a Japanese game developer based in Tokyo, Japan. The company is established by former staff of Data East Corporation and is engaged in developing original console games as well as co-developing and porting games for other game companies.

White Cat Project is a free-to-play action role-playing game developed and published by Colopl for Android and iOS. It was initially released in Japan on July 14, 2014. An English-language version was released internationally under the name Colopl Rune Story and operated from July 23, 2015, to October 7, 2016. A spinoff title, White Cat Tennis was released on both iOS and Android on July 31, 2016, while the upcoming sequel Shironeko New Project will be released on the Nintendo Switch in 2020.