Thomas E. "Tom" Saunders (born June 28, 1951) is an American politician. He is a member of the Indiana House of Representatives from the 54th District, serving since 1996. He is a member of the Republican party. [2] He served as Chair of the Henry County Republican Party for 6 years and as its Vice Chair for 5 years. He also served as Henry County Assessor for 16 years. [3] 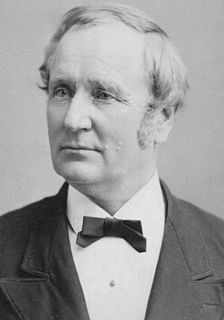 Thomas Andrews Hendricks was an American politician and lawyer from Indiana who served as the 16th governor of Indiana from 1873 to 1877 and the 21st vice president of the United States from March to November 1885. Hendricks represented Indiana in the U.S. House of Representatives (1851–55) and the U.S. Senate (1863–69). He also represented Shelby County, Indiana, in the Indiana General Assembly (1848–50) and as a delegate to the 1851 Indiana constitutional convention. In addition, Hendricks served as commissioner of the General Land Office (1855–59). Hendricks, a popular member of the Democratic Party, was a fiscal conservative. He defended the Democratic position in the U.S. Senate during the American Civil War and Reconstruction era and voted against the Thirteenth, Fourteenth, and Fifteenth Amendments to the U.S. Constitution. He also opposed Radical Reconstruction and President Andrew Johnson's removal from office following Johnson's impeachment in the U.S. House. 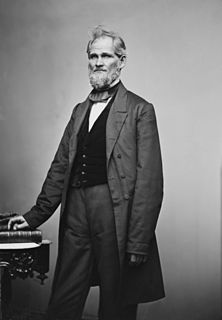 Henry Smith Lane was a United States Representative, Senator, and the 13th Governor of Indiana; he was by design the shortest-serving Governor of Indiana, having made plans to resign the office should his party take control of the Indiana General Assembly and elect him to the United States Senate. He held that office for only two days, and was known for his opposition to slavery. A Whig until the party collapsed, he supported compromise with the south. He became an early leader in the Republican Party starting in 1856 serving as the president of the first party convention, delivering its keynote address, and was influential in the nomination of Abraham Lincoln. With the repeal of the Missouri Compromise, he became a full-fledged abolitionist, and in the Senate he was a pro-Union advocate and a strong supporter of the war effort to end the rebellion. 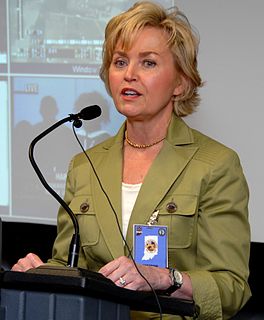 Rebecca S. Skillman is an American politician who served as the 49th Lieutenant Governor of Indiana, from 2005 to 2013. She is a member of the Republican Party. 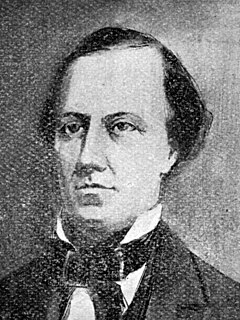 Ashbel Parsons Willard was state senator, the 12th Lieutenant Governor, and the 11th Governor of the U.S. state of Indiana. His terms in office were marked by increasingly severe partisanship leading to the breakup of the state Democratic Party in the years leading up to the American Civil War. His brother-in-law John Edwin Cook was involved in John Brown's raid on Harpers Ferry, and was executed. Willard went to the south to advocate unsuccessfully for his release, and became despised by southerners who accused him of having a secret involvement in the raid. He died two months before the start of the war while giving a speech on national unity, and was the first governor of Indiana to die in office. 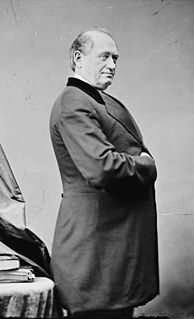 Godlove Stein Orth was a United States Representative from Indiana and an acting Lieutenant Governor of Indiana. 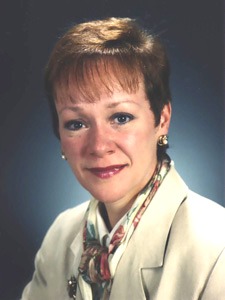 Jill Lynette Long Thompson is an American politician, educator, and author. A former Congresswoman from Indiana, she is a visiting scholar with the Ostrom Workshop at Indiana University Bloomington. She is the author of The Character of American Democracy, published by Indiana University Press in September 2020. From 2015 to 2020 she taught ethics as a Visiting Clinical Associate Professor at the Kelley School of Business and the O'Neill School of Public and Environmental Affairs at Indiana University. Until 2015 she was board chair and CEO of the Farm Credit Administration, a position to which President Barack Obama appointed her. The first person in her family to graduate from college, she earned a B.S. in business administration at Valparaiso University and an M.B.A. and Ph.D. in business at Indiana University. She is a member of the Democratic Party.

Thomas Christopher Henry is an American businessman and politician who is the 35th Mayor of Fort Wayne, Indiana. A member of the Democratic Party, Henry served five terms on Fort Wayne City Council from 1984 to 2004, representing the 3rd District. Henry is the president and CEO of the Gallant Group, an insurance agency specializing in healthcare consulting.

Richard Nash Elliott was a U.S. Representative from Indiana. 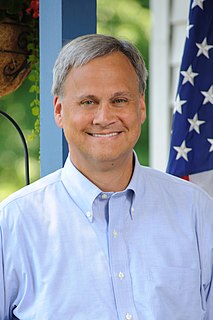 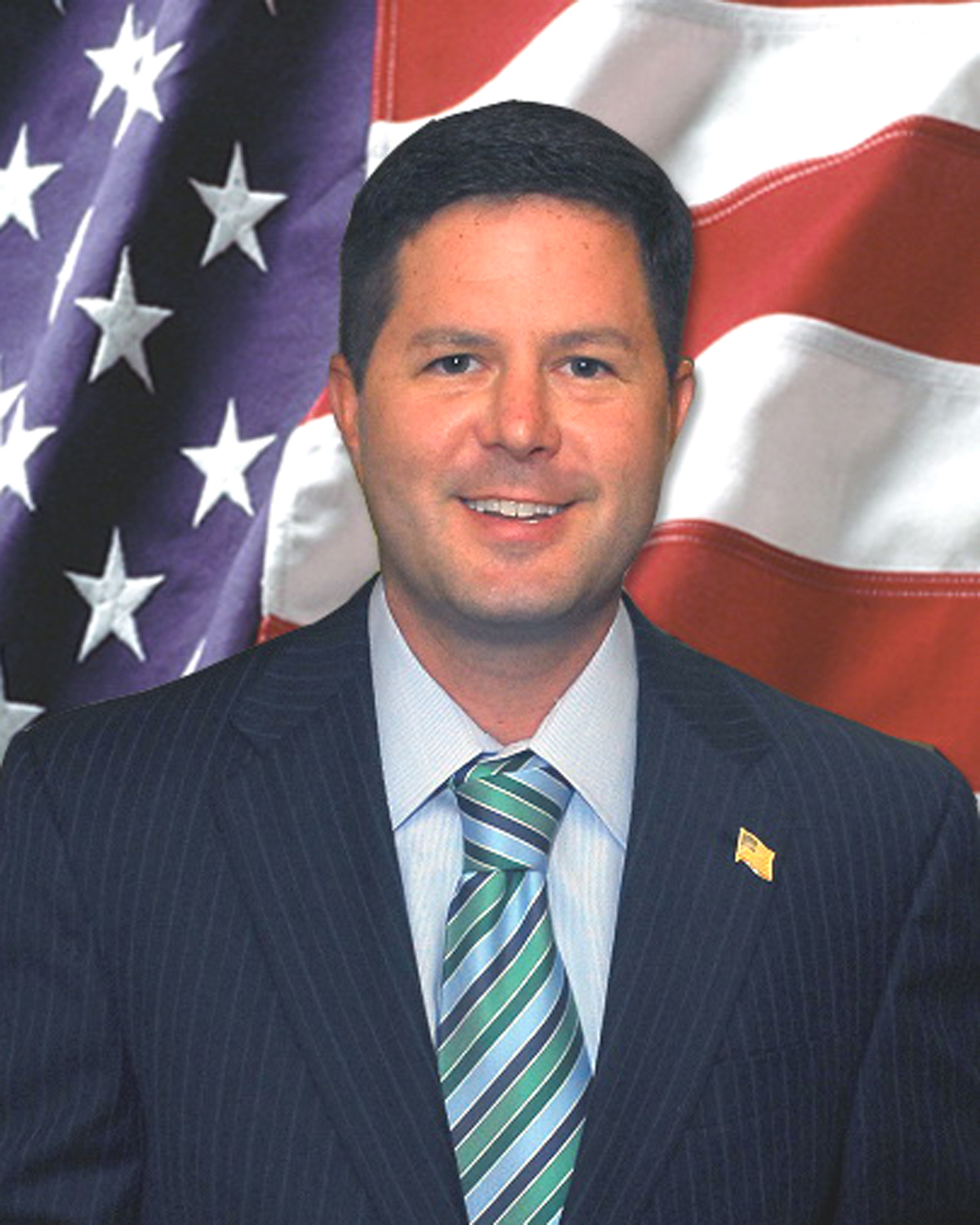 Brad Drake is a Republican politician who currently serves as a member of the Florida House of Representatives, representing the 5th District, which includes Holmes County, Jackson County, Walton County, Washington County, and northern Bay County, since 2014. He previously represented the 5th District from 2008 to 2012.

James Edward Banks is an American military veteran and politician who is the U.S. Representative for Indiana's 3rd congressional district. A Republican, he previously served as a member of the Indiana Senate. Banks was first elected to serve in the state senate for the 17th district in 2010, and upon military deployment to Afghanistan, he took a leave of absence from the state senate since September 2014. Invoking an Indiana state law which allows state and local officeholders to take leaves of absence during active duty military service, Banks was temporarily replaced by his wife, Amanda Banks, who held the office for the senate's 2015 legislative session. He returned to Indiana from overseas duty on April 14, 2015 and resumed his duties as state senator on May 8, 2015. On May 3, 2016 he won the primary election for the Republican nomination for Indiana's 3rd congressional district.

Rodrick D. "Rod" Bray is an American politician from Indiana. A member of the Republican Party, Bray has been a member of the Indiana State Senate since 2012, representing the 37th state Senate district, which comprises all of Morgan County and a portion of Johnson, Owen and Putnam counties.

Thomas Richard Mechler, is an American engineer and political organizer who served as the Chairman of the Republican Party of Texas. He was chosen on the second secret ballot by the 62-member Republican State Executive Committee meeting in Austin on March 7, 2015, after the resignation of Steve Munisteri. Under Mechler's tenure, the GOP held all statewide offices in Texas. 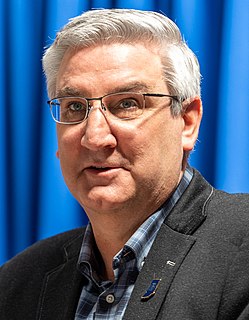 Eric Joseph Holcomb is an American politician serving as the 51st and current governor of Indiana since 2017. A member of the Republican Party, he served as the 51st lieutenant governor of Indiana from 2016 to 2017 under Governor Mike Pence, now the 48th vice president of the United States. Holcomb was nominated to fill the remainder of Lieutenant Governor Sue Ellspermann's term after she resigned on March 2, 2016, to become President of Ivy Tech Community College. He won the 2016 election for governor of Indiana over Democratic nominee John R. Gregg. Holcomb was reelected in 2020 over Democratic nomniee Woody Myers and Libertarian nominee Donald Rainwater.