A predominantly African American and Hispanic high school, Thornton is best known for its alumni who have been successful in both the Performing Arts and athletics. [5]

The site for Thornton Township High School was decided by a special election on May 28, 1898, where Harvey was selected over Dolton by a 1,504 to 1,123 vote, with the estimate of the school's cost being $40,000. [6] Oscar L. Murray was the architect of the building whose cost by October 1898 was $35,000, and was planned that included physical and biological laboratories, a library, gymnasium, a 280-seat assembly room, and bicycle/lunch rooms. [7]

By May 1899, the plans had been firmed up to include a two-story structure with basement, with an interior to be finished in red oak. Heat would be provided by steam, with electric fans and an automated clock and signal system. The main floor assembly room was expanded to seat 700. Construction was set to begin in June, with completion in October. [8] The original building was located at 154th Street and Columbia Avenue. [9]

In 1913, Thornton was one of nine schools, and the only south suburban school, invited to found what became the Suburban League, which mostly consisted of schools like Thornton which had formerly been members of the Cook County High School League. [10]

In 1928, 16-year-old Betty Robinson (between her Junior and Senior years at Thornton) not only won the very first Olympic gold medal awarded to a woman in the 100 meters (at the 1928 Summer Olympics in Amsterdam), but set a world record which stood until 1932. [11]

During World War II, like many high schools, Thornton made changes to accommodate the war effort. Evening classes for adults started in 1942 to begin training people for necessary war jobs. [12] By 1943, the school was open for 87 hours each week, and had been converted almost exclusively to wartime training. [13]

Thornton's sports teams, which are referred to as the Wildcats, compete in the Southland Athletic Conference. The teams also compete in state championship series sponsored by the Illinois High School Association (IHSA). The school colors are purple and white. Teams are stylized as the "Wildcats".

The school sponsors interscholastic athletic teams for boys and girls in basketball, soccer, track and field and cross country. Boys may also compete in baseball, American football, swimming and diving and wrestling. Girls may compete in cheerleading, softball and volleyball.

Thornton is known for its illustrious Speech team. The following groups advanced to the IHSA State Finals competition, sponsored by the IHSA, and were crowned champions. [20] 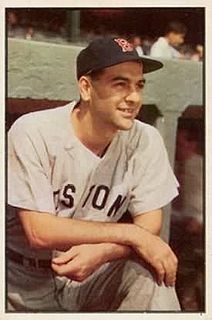 Louis Boudreau, nicknamed "Old Shufflefoot", "Handsome Lou", and "The Good Kid", was an American professional baseball player and manager. He played in Major League Baseball (MLB) for 15 seasons, primarily as a shortstop on the Cleveland Indians, and managed four teams for 15 seasons including 10 seasons as a player-manager. He was also a radio announcer for the Chicago Cubs and in college was a dual sport athlete in both baseball and earning All-American honors in basketball for the University of Illinois. 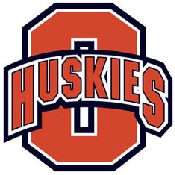 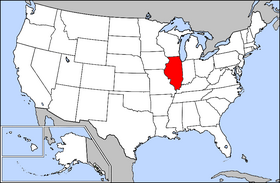 The Illinois High School Association (IHSA) is an association that regulates competition of interscholastic sports and some interscholastic activities at the high school level for the state of Illinois. It is a charter member of the National Federation of State High School Associations (NFHS). The IHSA regulates 14 sports for boys, 15 sports for girls, and eight co-educational non-athletic activities. More than 760 public and private high schools in the state of Illinois are members of the IHSA. The Association's offices are in Bloomington, Illinois. 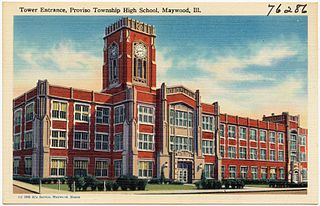 Proviso West High School (PWHS) is a public high school located in Hillside, Illinois, United States. It is a part of Proviso Township High Schools District 209, and was opened in 1958. Its sister schools are Proviso East High School and Proviso Mathematics and Science Academy. 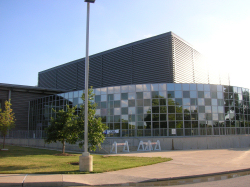 De La Salle Institute is a private, Catholic, coeducational secondary school run by the Institute of the Brothers of the Christian Schools in the Bronzeville neighborhood on the South Side of Chicago, Illinois, United States. It was founded by Brother Adjutor of the De La Salle Brothers in 1889.

Chicago Vocational High School is a public 4–year vocational high school located in the Avalon Park neighborhood on the south side of Chicago, Illinois, United States. Opened in 1941, the school is operated by Chicago Public Schools district.