Three Tough Guys (also known as Tough Guys) is a 1974 crime-action film directed by Duccio Tessari. [2] It may be regarded as an example of the Blaxploitation genre. It stars Lino Ventura, Fred Williamson and Isaac Hayes, who also composed the soundtrack. It is a coproduction between United States, Italy (where it was released Uomini duri) and France (where is known as Les Durs). The film was shot in Chicago. [3]

Roman Catholic priest Father Charlie and former police officer Lee solve a bank robbery mystery that stretches across the city. After Lee is removed from the force due to $1,000,000 being stolen from the bank, Father Charlie helps him to gain revenge for the loss of one of his friends.

Three Tough Guys was filmed as Vasca Navale in Rome and on location in Chicago between September 4 and October 1973. [1] [4] The film was Isaac Hayes' acting debut. [1]

Three Tough Guys opened in New York on March 15, 1974. [4] was released in France under the title Les durs on May 29, 1974. [1] It was released in Italy under the title Uomini duri where it was distributed by Titanus. [1] It grossed a total of 761.271 million Italian lire. [1] Italian film historian and critic Roberto Curti said this gross was "moderate, but not outstanding success" as it had grossed less than half of Enzo G. Castellari's Street Law . [1]

The main theme of Three Tough Guys would be used in Quentin Tarantino's Kill Bill Vol. 2 . [1] “Hung Up on My Baby” was sampled for the Geto Boys song "Mind Playing Tricks on Me."

Isaac Lee Hayes Jr. was an American singer, actor, songwriter, and composer. He was one of the creative forces behind the Southern soul music label Stax Records, where he served both as an in-house songwriter and as a session musician and record producer, teaming with his partner David Porter during the mid-1960s. Hayes and Porter were inducted into the Songwriters Hall of Fame in 2005 in recognition of writing scores of songs for themselves, the duo Sam & Dave, Carla Thomas, and others. In 2002, Hayes was inducted into the Rock and Roll Hall of Fame.

Charles "Skip" Pitts was an American soul and blues guitarist. He is best known for his distinctive "wah-wah" style, prominently featured on Isaac Hayes' title track from the 1971 movie Shaft. He is widely considered to have been one of the architects of soul, R&B and funk guitar. 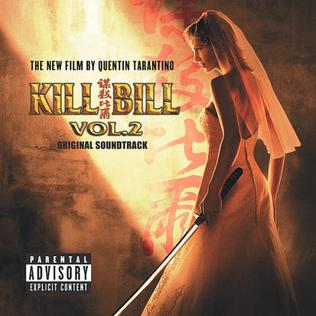 Kill Bill Vol. 2 Original Soundtrack is the soundtrack to the second volume of the two-part Quentin Tarantino film, Kill Bill. First released on April 13, 2004, it reached #58 on the Billboard 200 and #2 on the Billboard soundtracks chart in the US. It also reached the ARIA Top 50 album charts in Australia. It was orchestrated by Tarantino's fellow filmmaker and personal friend Robert Rodriguez, as well as RZA from the Wu-Tang Clan.

Truck Turner, also known as Black Bullet, is a 1974 blaxploitation film, starring Isaac Hayes and Yaphet Kotto, and directed by Jonathan Kaplan. The screenplay was written by Michael Allin, Jerry Wilkes, and Oscar Williams. Hayes also scored the music for the soundtrack. The film was released by American International Pictures as a double feature with Foxy Brown.

Caliber 9 is a 1972 Italian noir-poliziottesco film written and directed by Fernando Di Leo and starring Gastone Moschin, Mario Adorf, Barbara Bouchet, Philippe Leroy, Frank Wolff, Luigi Pistilli, and Lionel Stander. The film takes its title from the short story collection of the same name by Giorgio Scerbanenco, and is partially based on three of its stories. The musical score was composed by Luis Enriquez Bacalov and performed by the progressive rock band Osanna.

The Day of the Owl is a 1968 crime drama film directed by Damiano Damiani, based on the 1961 novel of the same name by Leonardo Sciascia, adapted for the screen by Damiani and Ugo Pirro. It stars Franco Nero, Claudia Cardinale, and Lee J. Cobb. Set in a small Sicilian town, the story follows a Carabinieri chief investigating a murder, hampered by the deep-seated presence of the Mafia that perpetuates a culture of silence. 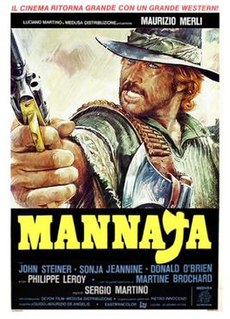 Revolver is a poliziottesco film directed by Sergio Sollima and released in 1973. It stars Oliver Reed and Fabio Testi. The film's theme, "Un Amico", was scored by Ennio Morricone and was also featured in Quentin Tarantino's 2009 film Inglourious Basterds.

Boulevard du Rhum also known as Rum Runners is a 1971 French-Italian-Spanish adventure film directed by Robert Enrico and produced by Alain Poiré. It is based on Jacques Pecheral's novel of the same name. It stars Brigitte Bardot and Lino Ventura and was released in France on 13 October 1971.

Crazy Joe is a 1974 crime film directed by Carlo Lizzani and produced by Dino De Laurentiis. The Italian-American co-production is a fictionalized retelling of the murder of Joseph "Crazy Joe" Gallo, a mobster who was gunned down on April 7, 1972, at a restaurant in Little Italy. The screenplay by Lewis John Carlino is based on a series of articles by journalist Nicholas Gage. The film stars Peter Boyle in the title role, with Paula Prentiss, Fred Williamson, Rip Torn, Luther Adler, Henry Winkler and Eli Wallach.

Uncle Was a Vampire is a 1959 Italian film directed by Steno.

Terror in the Crypt is a 1964 Italian-Spanish horror film directed by Camillo Mastrocinque. The film is based on the 1872 novel Carmilla by Joseph Sheridan Le Fanu. 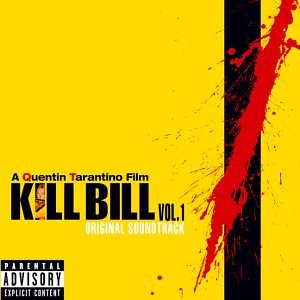 Kill Bill Vol. 1 Original Soundtrack is the soundtrack to the first volume of the two-part Quentin Tarantino film Kill Bill. Released on September 23, 2003, it reached #45 on the Billboard 200 album chart and #1 on the soundtracks chart. It was organized, and mostly produced and orchestrated by RZA from the Wu-Tang Clan. 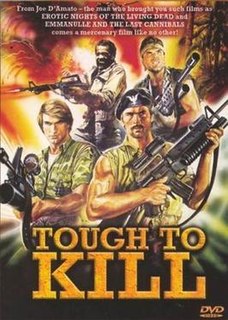 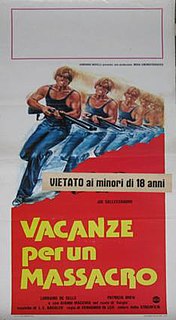 Madness is a 1980 Italian crime-drama film directed by Fernando Di Leo and starring Joe Dallesandro. A low-budget film, it was shot in just twelve days. It was first supposed to be directed by Mario Gariazzo. The film was the last film Dallesandro shot in Italy before returning to United States. The Luis Bacalov's musical score is mainly recycled from his scores for Di Leo's Caliber 9 and Maurizio Lucidi's The Designated Victim.