A thrill kill is premeditated or random murder that is motivated by the sheer excitement of the act. [1] While there have been attempts to categorize multiple murders, such as identifying "thrill killing" as a type of "hedonistic mass killing", [2] actual details of events frequently overlap category definitions making attempts at such distinctions problematic. [3]

Those identified as thrill killers are typically young males, but other profile characteristics may vary, according to Jack Levin, director of the Brudnick Center on Conflict and Violence at Northeastern University. The major common denominator among those who commit thrill killings is that they usually feel inadequate and are driven by a need to feel powerful. "To a certain extent, they [thrill killers] may make their victims suffer so that they can feel good," said Levin. "Sadism is fairly common in thrill killings. The killer might torture, degrade, or rape his victim before he or she takes his or her life." [4] They frequently have an "ideal victim type" who has certain physical characteristics. [1] [5]

Thrill killers have been frequently romanticized in films. [6] [7]

not to be confused with Lesbian Vampire Killers. 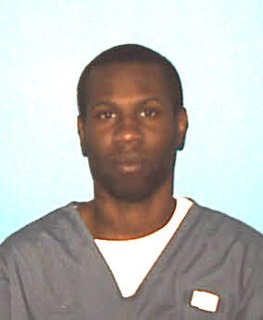 Lionel Alexander Tate is the youngest American citizen ever sentenced to life imprisonment without the possibility of parole, though this sentence was eventually overturned. In January 2001, when Tate was 13, he was convicted of first-degree murder for the 1999 battering death of six-year-old Tiffany Eunick in Broward County, Florida.

This is a timeline of major crimes in Australia.

The Bega schoolgirl murders refer to the abduction, rape and murder of two schoolgirls; 14-year-old Lauren Margaret Barry and 16-year-old Nichole Emma Collins of Bega, New South Wales, Australia on 6 October 1997. They were abducted by Leslie Camilleri and Lindsay Beckett, both from the New South Wales town of Yass. The men subjected the girls to repeated rapes and sexual assaults on five or more separate occasions, while driving them to remote locations throughout rural New South Wales and Victoria. Over a twelve-hour period, the girls had been driven several hundred kilometres from Bega to Fiddler's Green Creek in Victoria, where they were stabbed to death by Beckett under the order of Camilleri. 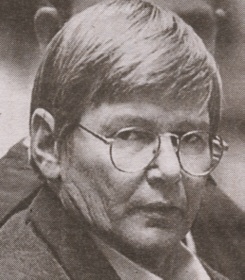 Peter Norris Dupas is an Australian serial killer, currently serving three life sentences without parole for murder and primarily for being a serious habitual offender. He has a very significant criminal history involving serious sexual and violent offences, with his violent criminal history spanning more than three decades, and with every release from prison has been known to commit further crimes against women with increasing levels of violence. His criminal signature is to remove the breasts of his female victims.

Beverley Gail Allitt is an English serial child killer who was convicted of murdering four children, attempting to murder three other children, and causing grievous bodily harm to a further six.

Three members of the Richardson family were murdered in Medicine Hat, Alberta, Canada in April 2006. The murders were planned and committed by the family's 12-year-old daughter Jasmine Richardson and her 23-year-old boyfriend Jeremy Steinke, now going by the name Jackson May. Richardson and Steinke were each convicted on three counts of first-degree murder. Richardson, who had turned 13 before being convicted, is thought to be the youngest person in Canada ever convicted of multiple first-degree murder counts. Her 10-year sentence was completed on May 6, 2016.

Joshua Earl Patrick Phillips is an American who was convicted of murder as a child. In November 1998, when he was 14 years old, Phillips killed Maddie Clifton, his 8-year-old friend and neighbor. The following year, he was sentenced to life imprisonment without the possibility of parole. Phillips stated that he killed Clifton to stop her from crying after she was accidentally struck with a baseball while they were playing, and that he feared punishment from his abusive father. Although elements of Phillips's story are disputed, officials who were involved in his prosecution have subsequently expressed contrition over the severity of his sentence. Phillips is eligible for re-sentencing in 2023.

The murder of Kimberly Cates was a thrill killing that attracted national attention due to the brutality of the killers' crimes, the randomness by which the home was chosen with intent to murder everyone inside it, the apparent lack of remorse of murderer Steven Spader, and the ages of the thrill killers when they committed murder.

Troy LaFerrara was a Port Trevorton, Pennsylvania man murdered on November 11, 2013. Miranda Barbour and her husband, Elytte Barbour, were found guilty and sentenced to life in prison in September 2014. The murder is notable because of the unsubstantiated claim by one of the killers, Miranda Barbour, that she had murdered at least 22 other people, triggering worldwide news coverage of the case.

Stacey Lee Mitchell was a British-born girl living in Australia who was murdered at the age of 16, on 18 December 2006, by couple Jessica Stasinowsky and Valerie Parashumti. She was bludgeoned with a concrete block and strangled with a chain. Her corpse was found in a wheelie bin shortly afterwards. Stasinowsky and Parashumti had known Mitchell for three days, and claimed they murdered her because they found her irritating. 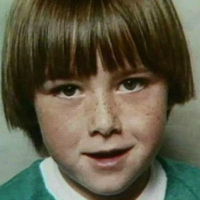 Kylie Maria Antonia Maybury was an Australian schoolgirl from Preston, an inner-city suburb of Melbourne, Victoria, Australia. Maybury was kidnapped, raped, and murdered on 6 November 1984, the date of the 1984 Melbourne Cup Day; and she was nicknamed in the Melbourne tabloid newspaper The Sun News-Pictorial as the Cup Day Girl.

Anthony and Nathaniel Cook are American serial killer brothers who committed a series of at least 9 rapes and murders of mostly couples in Toledo, Ohio area between 1973 and 1981. Their guilt was established in the late 1990s thanks to DNA profiling, after which both brothers were convicted and sentenced to long terms of imprisonment.

On 13 June 2016, 18-year-old Aaron Lee Pajich-Sweetman disappeared from Rockingham, Western Australia. During the night of 20–21 June, police searching a property in Orelia found his body. Two women—25-year-old Jemma Victoria Lilley and 42-year-old Trudi Clare Lenon—were arrested and charged with murder. On 1 November 2017, Lilley and Lenon were convicted of the murder of Pajich by the Supreme Court of Western Australia, and on 28 February 2018, they were sentenced to life imprisonment with a minimum term of 28 years.

Elizabeth Olten was a 9-year-old who was murdered by her neighbor Alyssa Bustamante, who was 15 at the time, in St. Martins, Missouri, on October 21, 2009.

Robert Gene Rembert, Jr. is an American serial killer who committed a series of at least 5 murders in Cleveland, Ohio from 1997 to 2015. He was arrested thanks to DNA profiling, fully admitting his guilt at trial, for which he was sentenced to life imprisonment with a chance for parole in 30 years.

Larry Lee Ranes and Danny Arthur Ranes are American serial killer brothers who committed their crime sprees predominantly in Kalamazoo, Michigan. Larry, a suspect in the murders of five people in the 1960s, has been sentenced to life imprisonment for one murder in 1964; Danny was convicted of four sexually-motivated murders between March and August 1972 with accomplice Brent Eugene Koster, for which both were sentenced to life imprisonment. Their case is notable for the fact that, unlike other siblings who engage in crime, they operated completely independently of one another.

Anthony "Tony" Ray Amati is an American serial killer who shot and killed three people during a series of "thrill-killings" in Las Vegas, Nevada between May and August 1996. The FBI was brought in to find Amati's whereabouts, adding him to the FBI's ten most wanted list in 1998. Following his arrest, he was sentenced to life imprisonment, and is currently serving his sentence in Nevada.

James Ray Cable was an American serial killer and rapist who murdered an inmate while incarcerated at Kentucky State Penitentiary in 1977, and after his release killed at least three women between 1982 and 1989 in Daviess and Jefferson Counties. He was linked to the later murders in 2004 following DNA tests, but never ended up being convicted due to him dying in 2013 while awaiting trial.