Thymus transplantation is used to treat infants with DiGeorge syndrome, which results in an absent or hypoplastic thymus, in turn causing problems with the immune system's T-cell mediated response. It is used in people with complete DiGeorge anomaly, which are entirely athymic. This subgroup represents less than 1% of DiGeorge syndrome patients. [1]

Nezelof syndrome is another thymus-related disease where it can be used.[ citation needed ]

In the 2000, promising animal experiments into transplanting thymic tissue and another organ at the same time were carried out, in order to improve the recipient's tolerance of the transplanted organ, and to reduce the need for immunosuppressing drugs. Such trials have been performed with kidney and heart transplants, drastically extending the time the animals were surviving without immunosuppressing drugs. [2] The first human heart-and-thymus co-transplantation was performed on Easton Sinnamon in 2022, a newborn who suffered from both a lack of T cells, and a serious heart defect. Depending on the development, it is planned to wean him off immunosuppressant drugs, but it remains to be seen whether the same technique is viable in adults, as they lack a thymus, with the bone marrow taking over T cell production. [3]

A study of 54 DiGeorge syndrome infants resulted in all tested subjects having developed polyclonal T-cell repertoires and proliferative responses to mitogens. The procedure was well tolerated and resulted in stable immunoreconstitution in these infants. It had a survival rate of 75%, having a follow-up as long as 13 years. [1]

Complications include an increased susceptibility to infections while the T cells have not yet developed, rashes and erythema. [1]

Second, a thymus transplantation can cause a non-donor T cell-related GVHD because the recipients thymocytes would use the donor thymus cells as models when going through the negative selection to recognize self-antigens, and could therefore still mistake own structures in the rest of the body for being non-self. This is a rather indirect GVHD because it is not directly cells in the graft itself that causes it, but cells in the graft that make the recipient's T cells act like donor T cells. It would also be of relatively late-onset because it requires the formation of new T cells. It can be seen as a multiple-organ autoimmunity in xenotransplantation experiments of the thymus between different species. [5] Autoimmune disease is a frequent complication after human allogeneic thymus transplantation, found in 42% of subjects over 1 year post transplantation. [6] However, this is partially explained by that the indication itself, that is, complete DiGeorge syndrome, increases the risk of autoimmune disease. [1] 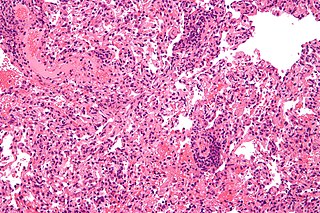 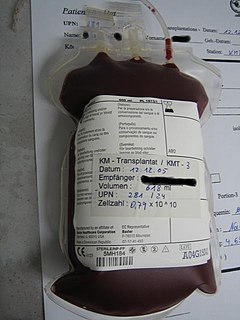 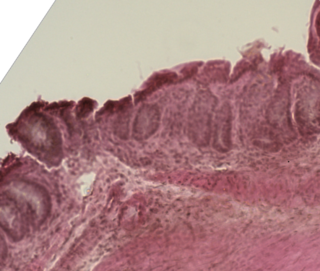 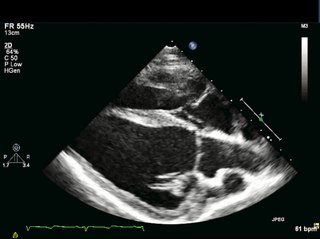 Allotransplant is the transplantation of cells, tissues, or organs to a recipient from a genetically non-identical donor of the same species. The transplant is called an allograft, allogeneic transplant, or homograft. Most human tissue and organ transplants are allografts.

Alloimmunity is an immune response to nonself antigens from members of the same species, which are called alloantigens or isoantigens. Two major types of alloantigens are blood group antigens and histocompatibility antigens. In alloimmunity, the body creates antibodies against the alloantigens, attacking transfused blood, allotransplanted tissue, and even the fetus in some cases. Alloimmune (isoimmune) response results in graft rejection, which is manifested as deterioration or complete loss of graft function. In contrast, autoimmunity is an immune response to the self's own antigens. Alloimmunization (isoimmunization) is the process of becoming alloimmune, that is, developing the relevant antibodies for the first time. 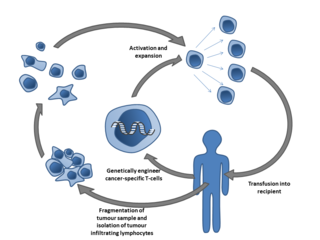 Immune tolerance, or immunological tolerance, or immunotolerance, is a state of unresponsiveness of the immune system to substances or tissue that have the capacity to elicit an immune response in a given organism. It is induced by prior exposure to that specific antigen and contrasts with conventional immune-mediated elimination of foreign antigens. Tolerance is classified into central tolerance or peripheral tolerance depending on where the state is originally induced—in the thymus and bone marrow (central) or in other tissues and lymph nodes (peripheral). The mechanisms by which these forms of tolerance are established are distinct, but the resulting effect is similar.

A Thymocyte is an immune cell present in the thymus, before it undergoes transformation into a T cell. Thymocytes are produced as stem cells in the bone marrow and reach the thymus via the blood. Thymopoiesis describes the process which turns thymocytes into mature T cells according to either negative or positive selection. This selection process is vitally important in shaping the population of thymocytes into a peripheral pool of T cells that are able to respond to foreign pathogens but remain tolerant towards the body's own antigens. Positive selection selects cells which are able to bind MHC class I or II molecules with at least a weak affinity. This eliminates those T cells which would be non-functional due to an inability to bind MHC. Negative selection destroys thymocytes with a high affinity for self peptides or MHC. This eliminates cells which would direct immune responses towards self-proteins in the periphery. Negative selection is not 100% effective, and some autoreactive T cells escape and are released into the circulation. Additional mechanisms of peripheral tolerance exist to silence these cells, but if these fail, autoimmunity may arise. 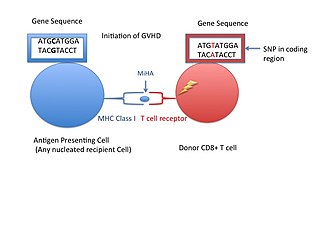 Minor histocompatibility antigen are receptors on the cellular surface of donated organs that are known to give an immunological response in some organ transplants. They cause problems of rejection less frequently than those of the major histocompatibility complex (MHC). Minor histocompatibility antigens (MiHAs) are diverse, short segments of proteins and are referred to as peptides. These peptides are normally around 9-12 amino acids in length and are bound to both the major histocompatibility complex (MHC) class I and class II proteins. Peptide sequences can differ among individuals and these differences arise from SNPs in the coding region of genes, gene deletions, frameshift mutations, or insertions. About a third of the characterized MiHAs come from the Y chromosome. The proteins are composed of a single immunogenic HLA allele. Prior to becoming a short peptide sequence, the proteins expressed by these polymorphic or diverse genes need to be digested in the proteasome into shorter peptides. These endogenous or self peptides are then transported into the endoplasmic reticulum with a peptide transporter pump called TAP where they encounter and bind to the MHC class I molecule. This contrasts with MHC class II molecules's antigens which are peptides derived from phagocytosis/endocytosis and molecular degradation of non-self entities' proteins, usually by antigen-presenting cells. MiHA antigens are either ubiquitously expressed in most tissue like skin and intestines or restrictively expressed in the immune cells.

Graft-versus-tumor effect (GvT) appears after allogeneic hematopoietic stem cell transplantation (HSCT). The graft contains donor T cells that can be beneficial for the recipient by eliminating residual malignant cells. GvT might develop after recognizing tumor-specific or recipient-specific alloantigens. It could lead to remission or immune control of hematologic malignancies. This effect applies in myeloma and lymphoid leukemias, lymphoma, multiple myeloma and possibly breast cancer. It is closely linked with graft-versus-host disease (GvHD), as the underlying principle of alloimmunity is the same. CD4+CD25+ regulatory T cells (Treg) can be used to suppress GvHD without loss of beneficial GvT effect. The biology of GvT response still isn't fully understood but it is probable that the reaction with polymorphic minor histocompatibility antigens expressed either specifically on hematopoietic cells or more widely on a number of tissue cells or tumor-associated antigens is involved. This response is mediated largely by cytotoxic T lymphocytes (CTL) but it can be employed by natural killers as separate effectors, particularly in T-cell-depleted HLA-haploidentical HSCT.

Thymoglobulin is an anti-human thymocyte immunoglobulin preparation made of purified polyclonal antibodies derived from rabbits. While these antibodies have a variety of specificities, their main mechanism of immunosuppression is through depletion of T cells. Thymoglobulin is currently approved for clinical use in Europe and the United States for renal allograft rejection, prevention of graft-vs.-host disease, and conditions involving bone marrow failure, including aplastic anemia and has additional off-label uses.

T-cell depletion (TCD) is the process of T cell removal or reduction, which alters the immune system and its response. Depletion can occur naturally or be induced for treatment purposes. TCD can reduce the risk of graft-versus-host disease (GVHD), which is a common issue in transplants. The idea that TCD of the allograft can eliminate GVHD was first introduced in 1958. In humans the first TCD was performed in severe combined immunodeficiency patients.

RVT-802 is a medication being developed by Enzyvant Therapeutics Ireland Limited for the treatment of congenital athymia, especially in the context of DiGeorge syndrome.

Allogeneic processed thymus tissue, sold under the brand name Rethymic, is a thymus tissue medical therapy used for the treatment of children with congenital athymia. It takes six months or longer to reconstitute the immune function in treated people.