Tips Industries Limited is an Indian music record label and film production, film promotion, and film distribution company in Mumbai, Maharashtra, India. It was founded by Kumar S. Taurani and Ramesh S. Taurani in 1975. Its distributors serve more than 1,000 wholesalers and 400,000 retailers across India. [2]

In 1975, the Taurani brothers used to trade in LP’s (Long Playing Phonograph Records) for three of the biggest companies in India – HMV, Music India & CBS. By 1977, they had become the biggest dealers for these companies in Western India.

Encouraged by their first grand success, the Taurani brothers were determined to make their dream see the light of day. Driven by ambition, they put forth several ideas which went into creating their own record label. Along with a few trusted friends, they analyzed the market, derived their strengths, evaluated their business plans meticulously and went opportunity shopping. After countless days of burning the midnight oil, the dream took the form of ‘Tips’. What began on a very small level is today, is one of the largest corporate houses in the field of music and films.

This is a list of films produced by Tips owners Kumar Taurani and Ramesh Taurani:[ clarification needed ]

Mohammed Yusuf Khan, known professionally as Dilip Kumar, is an Indian film actor and philanthropist, best known for his work in Hindi cinema. Referred as "The First Khan", he has been credited for bringing the method acting technique to Indian cinema. Kumar holds the record for most wins for the Filmfare Award for Best Actor and was also the inaugural recipient of the award. He is widely regarded as one of the greatest actors of all time. 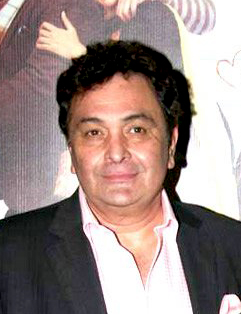 Rishi Raj Kapoor was an Indian actor, film director and film producer who worked in Hindi films. The recipient of several accolades, including winning four Filmfare Awards and a National Film Award, Kapoor is considered one of the most successful and influential actors in Indian cinema.

Boney Kapoor is an Indian film producer who has produced numerous Bollywood films like Mr. India, No Entry, Judaai and Wanted to his credit. He was married to actress Sridevi until her death in 2018. He is the elder brother of actors Anil Kapoor and Sanjay Kapoor and father of film actors Arjun Kapoor and Janhvi Kapoor. His first marriage was with producer Mona Shourie who died in 2012. 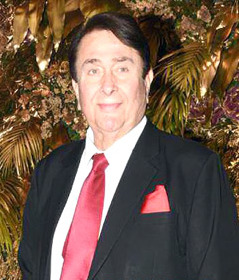 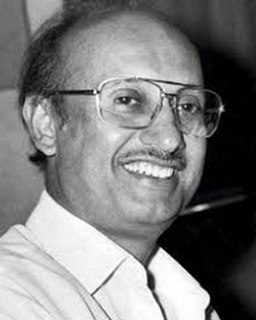 Vyjayanthimala is an Indian actress, dancer and parliamentarian. A prolific and influential performer in the "Golden Age" of Hindi cinema, she is the recipient of several accolades, including two BFJA Awards and five Filmfare Awards. She made her screen debut at the age of 16 with the Tamil film Vaazhkai (1949), and followed this with a role in the Telugu film Jeevitham (1950). Her first work in Hindi cinema was the social guidance film Bahar (1951), which she headlined, and achieved her breakthrough with the romantic film Nagin (1954). 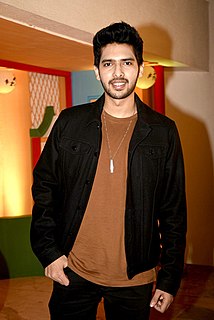 Armaan Malik is Indian singer, songwriter, record producer, voice-over, performer and actor. He is known for his singing in multiple languages, including Hindi, English, Bengali, Telugu, Marathi, Tamil, Gujarati, Punjabi, Urdu, Malayalam, Kannada. He is also known as "Prince of Romance". In 2006, he took part in Sa Re Ga Ma Pa L'il Champs but got eliminated in the 8th position. He is the brother of composer Amaal Mallik. Previously represented by Universal Music India, he is now signed on by T-Series. He has also signed with Arista Records. His first on-screen appearance was in the film Kaccha Limboo in the year 2011.

Puli Varudhu is a 2007 Indian Tamil romantic family comedy film directed by G. V. Kumar, starring Jithan Ramesh and Mallika Kapoor in the lead roles with Manivannan, Saranya, Karunas, and Livingston in supporting roles. The music was composed by Srikanth Deva, and the film released on 21 December 2007 to mixed reviews.

Harish Kumar is an Indian film actor & film producer. He has acted in lead roles in multiple films of four languages. He is mainly known for his works in Hindi, Telugu, Malayalam and Kannada movies. His notable movies are Prem Qaidi, Coolie No. 1, Tirangaa, Prema Khaidi, Kranti Kshetra, Ravan Raaj: A True Story and Daisy.

Goldie Behl is an Indian filmmaker and entrepreneur belonging to the Behl family of Hindi films. He is married to Sonali Bendre.

Super Cassettes Industries Private Limited, doing business as T-Series, is an Indian music record label and film production company founded by Gulshan Kumar on July 11, 1983. It is primarily known for Bollywood music soundtracks and Indi-pop music. As of 2014, T-Series is India's largest music record label, with up to a 35% share of the Indian music market, followed by Sony Music India and Zee Music. T-Series also owns and operates the most-viewed and the most-subscribed YouTube channel, with 185 million subscribers and over 156.6 billion views as of June 13, 2021. While best known as a music label, T-Series has also had some moderate success as a film production company.

Prince is a 2010 Indian Hindi-language science fiction action film directed by Kookie Gulati. Co-produced by Kumar S. Taurani and Ramesh S. Taurani under the banner of Tips Industries, the film stars Vivek Oberoi as the titular amnesiac thief who races against time to find an antique coin and becomes surrounded by several people wanting the coin, including three women claiming to be his only girlfriend. The film co-stars Aruna Shields, Nandana Sen, Neeru Bajwa and Sanjay Kapoor. The dialogues were written by Mayur Puri. The songs were composed by Sachin Gupta, with the lyrics penned by Sameer. The background score was composed by Sandeep Shirodkar. 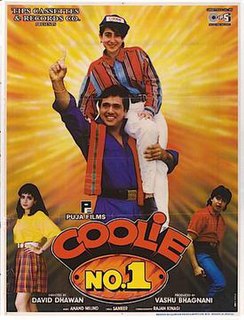 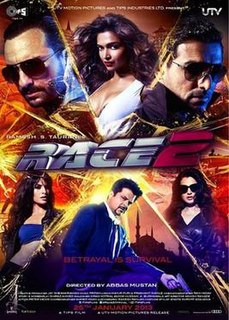 Race 2 is a 2013 Indian Hindi-language action thriller film directed by Abbas-Mustan and produced under the Tips Industries Limited banner, with UTV Motion Pictures serving as distributor and presenter. A sequel to the 2008 film, Race and the second installment of the Race film series, the film has an ensemble cast starring Saif Ali Khan, Anil Kapoor, John Abraham, Deepika Padukone, Jacqueline Fernandez and Ameesha Patel in the lead roles while Adithya Pancholi, Bipasha Basu and Rajesh Khattar are featured in supporting roles. 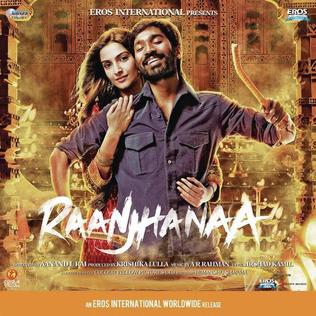 Raanjhanaa is the soundtrack album, composed by A. R. Rahman of the 2013 Hindi film of the same name, directed by Anand L. Rai and starring Dhanush, Sonam Kapoor and Abhay Deol in the lead roles. The film is produced by Krishika Lulla under the banner Eros International. The lyrics of the original version were written by Irshad Kamil whereas the Tamil lyrics were written by poet Vairamuthu. The soundtrack album features nine original tracks. The music of the original version of the soundtrack was released on the co-branded record labels Sony Music India and Eros Music on 11 June 2013 and the Tamil version on 24 June 2013. 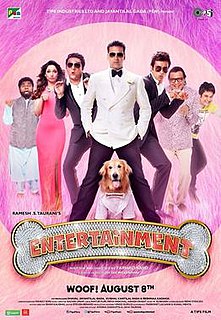 Entertainment is a 2014 Indian Hindi-language action comedy film written and directed by popular screenwriter duo Sajid-Farhad and produced by Ramesh S. Taurani under Tips Industries Limited. Based on an original story by K. Subash, the film stars Akshay Kumar and Junior - The Wonder Dog, along with Tamannaah, Mithun Chakraborty, Johnny Lever, Prakash Raj and Sonu Sood. The Film was released on 8 August 2014. 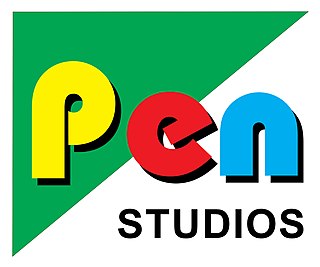 Pen India Limited is an Indian film production and distribution company established by Dr. Jayantilal Gada on 31 March 1987. Based in Mumbai, it mainly produces and distributes Hindi, Telugu and Tamil films.