Tore Hattrem (born 23 August 1962) is a Norwegian diplomat and politician for the Conservative Party. In 2018 he was appointed as the Permanent Under-Secretary of State of the Ministry of Foreign Affairs, the top civil servant in the ministry. [1] He is President of the UNICEF Executive Board during 2018. [2]

The United Nations International Children's Emergency Fund (UNICEF) was created by the United Nations General Assembly on 11 December 1946, to provide emergency food and healthcare to children and mothers in countries that had been devastated by World War II. The Polish physician Ludwik Rajchman is widely regarded as the founder of UNICEF and served as its first chairman from 1946. On Rajchman's suggestion, the American Maurice Pate was appointed its first executive director, serving from 1947 until his death in 1965. In 1950, UNICEF's mandate was extended to address the long-term needs of children and women in developing countries everywhere. In 1953 it became a permanent part of the United Nations System, and the words "international" and "emergency" were dropped from the organization's name, making it simply the United Nations Children's Fund, retaining the original acronym, "UNICEF".

Tore Hattrem holds a Master degree in Political Science from the University of Oslo, and graduated from the Norwegian Officer Candidate School in 1982. [3]

From 1994 to 1997, he was Second Secretary at the Norwegian Embassy in New Delhi. In 1997, he became the First Secretary at the Permanent Mission of Norway to the UN and the WTO in Geneva, and then Adviser in the United Nations Security Council from 2000 to 2002. In 2002, he became Deputy Director General and Head of the Section for Peace and Reconciliation. In 2007, he became the Norwegian Ambassador to Sri Lanka. [3] During this tenure, he acted as a facilitator to solve the LTTE-driven crisis. [4] From 2010 to 2012, he was the Ambassador to Afghanistan. [3] 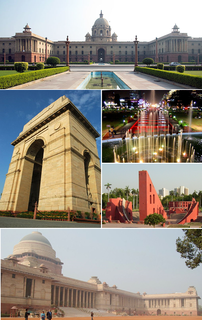 Tore Hattrem was formerly Ambassador of Norway to Sri Lanka, Sudan and Afghanistan, and Director-General in the Ministry of Foreign Affairs. [5] [6]

Sudan or the Sudan, officially the Republic of the Sudan, is a country in Northeast Africa. It is bordered by Egypt to the north, the Red Sea to the northeast, Eritrea to the east, Ethiopia to the southeast, South Sudan to the south, the Central African Republic to the southwest, Chad to the west, and Libya to the northwest. It houses 37 million people (2017) and occupies a total area of 1,861,484 square kilometres, making it the third-largest country in Africa. Sudan's predominant religion is Islam, and its official languages are Arabic and English. The capital is Khartoum, located at the confluence of the Blue and White Nile.

Hattrem served as State Secretary in the Ministry of Foreign Affairs from 2015 to 2016 and as the Permanent Representative of Norway to the United Nations in New York from 2017 to 2018.

Tore Hattrem is married to Marit Gjelten. They have 3 children. [3]

Erik Solheim is a Norwegian diplomat and former politician, and was Executive Director of the United Nations Environment Programme from 2016 to 2018.

Hamilton Shirley Amerasinghe, CCS was a Sri Lankan diplomat and civil servant. He was the Ceylon's High Commissioner to India and concurrently Ambassador to both Nepal and Afghanistan (1963–1967) and Permanent Secretary of the Ministry of Finance & Treasury and the Ministry of Health. Amerasinghe served as Ceylon's Permanent Representative to the United Nations 1967 to 1980 and served as President of the United Nations General Assembly in 1976. He was also one of the leaders of the negotiations to draft the United Nations Convention on the Law of the Sea.

Sten Fredrik Lundbo is a Norwegian diplomat and was Ambassador to the Council of Europe in Strasbourg, France 1995 - 2000 and to the Republic of Poland 2000 - 2005.

Ann Ollestad is a Norwegian diplomat and the country's current ambassador to Myanmar.

Jan Bugge-Mahrt is a Norwegian diplomat.

Arild Eik was a Norwegian development aid worker and diplomat.

Arild Retvedt Øyen is a Norwegian veterinarian and diplomat. His most prominent positions include those of director of the World Food Programme in Madagascar and Norway's ambassador to nine African countries.

Sjur Helge Torgersen was a Norwegian diplomat and ambassador.

Jon Westborg is a Norwegian diplomat.

Rolf Andersen was a Norwegian diplomat.

Arvinn Eikeland Gadgil is a Norwegian Socialist Left Party politician of Indian descent. He was the State Secretary of the Ministry of Foreign Affairs from April 2012 until the Norwegian general election of September 2013.