Abul Kalam Abdul Momen (Bengali : আব্দুল কালাম আব্দুল মোমেন) (born 23 August 1947) is a Bangladeshi economist, diplomat, politician and the Minister of Foreign Affairs of Bangladesh. He was Bangladesh's Permanent Representative to the United Nations in New York from August 2009 to October 2015. [1] He won the 2018 Bangladeshi general election from Sylhet-1 constituency. [2] In 2019, he was appointed as the minister of foreign affairs of the Government of Bangladesh. [3]

Momen was born on 23 August 1947 in Sylhet. He passed the matriculation exam from Sylhet Government Pilot High School. He attended the University of Dhaka and earned a BA in economics in 1969, and an MA in development economics in 1971. [4]

Momen became a civil servant, serving as Private Secretary to the Minister of Rural Development, Local Government and Cooperatives from 1973 to 1974; Private Secretary to the Minister of Trade and Commerce, and Mineral Resources and Petroleum from 1974 to 1975; Section Officer, South Asia, East Asia and Middle East, Ministry of Commerce from 1975 to 1976; and Director, Office of the President's Advisor on Trade and Commerce from 1976 to 1978. Meanwhile, he completed an LLB in law and jurisprudence from Central College, Dhaka, in 1976. [4]

In 1998, Momen became an economic adviser at the Saudi Industrial Development Fund (SIDF). He left Saudi Arabia in the wake of the 2003 Riyadh compound bombings, and returned to Massachusetts. There he taught in the Department of Economics and Business Administration at Framingham State College until appointed Bangladesh's Permanent Representative to the United Nations in New York in August 2009. [4]

Momen served as President of the UNICEF Executive Board at the international level in 2010. [6] [7] He was vice president and Acting President of the 67th United Nations General Assembly. [8]

Momen was President of the United Nations High-Level Committee on South-South Cooperation in 2014. [8]

Momen's elder brother, Bangladesh's Minister of Finance Abul Maal Abdul Muhith, hoped that Momen would succeed him as a member of the parliament representing the Sylhet-1 constituency in the 2018 general election, which he eventually won. [9] [2]

Yahoo news [10] reports that Momen said in February 2020 that Bangladesh had “no obligation” to provide shelter to Rohingya refugees who were stranded in the Andaman Sea on a ship. He asked the UNHCR to take the responsibility. [11] [12]

Mohammad Saifur Rahman was a Bangladeshi economist and politician. He was a leader of the Bangladesh Nationalist Party and the longest-serving Finance Minister of Bangladesh. He delivered 12 national budgets in three terms between 1980–81, 1991–1996 and 2001–2006 over a ministerial life spanning from December 1976 until October 2006 in three different governments. He was Trade & Commerce Minister for the first three years, and thereafter Finance and Planning Minister for 12 years.

Murari Chand College was the first college in the Sylhet Division. It was established in 1892, making it the 7th oldest college in Bangladesh. Since then it has played an important role in the educational, cultural, and political spheres of Greater Sylhet. 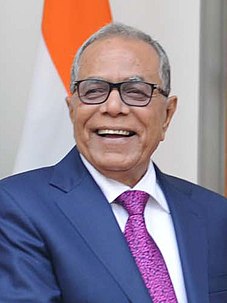 Abul Maal Abdul Muhith, is a Bangladeshi economist, diplomat and politician who served country's Finance Minister from January 2009 till December 2018.

Abul Hassan Mahmood Ali is a Bangladeshi politician and diplomat who served as the Minister of Foreign Affairs of Bangladesh from 2013 to 2019. He previously served as Minister of Disaster Management and Relief from 2012 to 2013.

The Sylhet Government Pilot High School is one of the fourth oldest schools in Bangladesh as well as one of the oldest in Indian Subcontinent. It is also the first established high school of what is now Bangladesh. Founded in 1836, it is situated in the Kalighat area of Sylhet, on the bank of the Surma River.

The 2017 South Surma Upazila bombings was a combined police and army raid of a suspected militant hideout in South Surma Upazila, Sylhet, Bangladesh on 25 March 2017. During the raid, the militants targeted the Bangladesh Armed Forces who were surrounding the militant occupied compound in Sylhet. There were two suicide bombings which killed four civilians and two police officers and wounded more than 40, some critically. An army lieutenant colonel later died from his injuries. Bombs exploded and gunfire was reported when the military launched Operation Twilight to clear the militant hideout. ISIL claimed responsibility however, Home Minister Asaduzzaman Khan Kamal denied the claims of ISIL and blamed the local Jama’atul Mujahideen Bangladesh for the attacks. Finally the Bangladesh Army neutralised four militants at the suspected hideout. 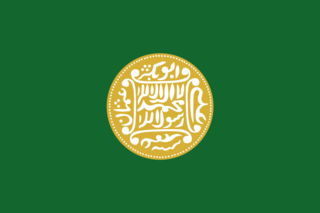 The Rohingya genocide is a term applied to the persecution -- including mass killings, mass rapes, village-burnings, deprivations, ethnic cleansing, and internments -- of the Rohingya people of western Myanmar.

Khorshed Ara Haque is Bangladesh Jatiya Party politician and Member of the Parliament. She was elected from reserved seats for women. 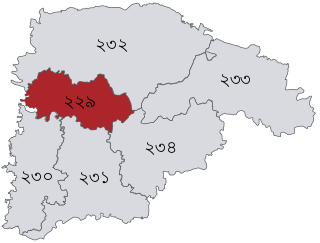 Sylhet-1 is a constituency represented in the Jatiya Sangsad of Bangladesh since 2019 by AK Abdul Momen of the Awami League.

The Hon'ble Moulvi Khan Bahadur Syed Abdul Majid, CIE, also known as Kaptan Miah, was a Bengali politician, lawyer and entrepreneur. He is notable for pioneering the development in the agricultural and tea industry in British India as well as his contributions to both secular and Islamic education in the Sylhet region.