The university has eight faculties:

East Nusa Tenggara is the southernmost province of Indonesia. It comprises the eastern portion of the Lesser Sunda Islands, facing the Indian Ocean in the south and the Flores Sea in the north. It consists of more than 500 islands, with the largest ones being Sumba, Flores, and the western part of Timor; the latter shares a land border with the separate nation of East Timor. The province is sub-divided into 21 regencies and the regency-level city of Kupang, which is the capital and largest city.

Kupang is the capital of the Indonesian province of East Nusa Tenggara, and had an estimated population in 2019 of 434,972. It is the biggest city and port on the island of Timor. Kupang is a part of the Timor Leste–Indonesia–Australia Growth Triangle free trade zone.

Herman Johannes was an Indonesian professor, scientist and politician. 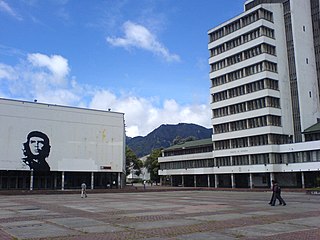 A national university is generally a university created or managed by a government, but which may at the same time operate autonomously without direct control by the state.

Amanuban was a traditional princedom in West Timor, Indonesia. It lay in the regency (kabupaten) Timor Tengah Selatan. In the late colonial period, according to an estimate in 1930, Amanuban covered 2,075 square kilometers. The centre of the princedom since the 19th century was Niki-Niki. The population belongs to the Atoni group. Today they are predominantly Protestants, with a significant Catholic minority and some Muslims.

Komering is a Malayo-Polynesian language spoken in Indonesia, in the southern part of Sumatra.

Enrekang is an Austronesian language spoken on Sulawesi, Indonesia. It belongs to the Northern branch of the South Sulawesi subgroup, and is closely related to Duri and Maiwa.

Highland Konjo is an Austronesian language of Sulawesi, Indonesia, which belongs to the Makassaric branch of the South Sulawesi subgroup. It is spoken in the interior parts of Bone, Bulukumba, Gowa, and Sinjai regencies of South Sulawesi province, in the area to the northwest of Mount Lompobatang. It is closely related to, but distinct from Coastal Konjo, which also belongs to the Makassaric languages.

Maiwa is an Austronesian language spoken by around 50,000 people in South Sulawesi, Indonesia. It belongs to the Northern branch of the South Sulawesi subgroup, and is closely related to Duri, Enrekang and Malimpung.

Malimpung is a language spoken by around 5,000 people in South Sulawesi, Indonesia. It belongs to the Northern branch of the South Sulawesi subgroup, and is closely related to Duri, Enrekang and Maiwa..

Sarudu is an Austronesian language of West Sulawesi, Indonesia. It is closely related to Uma.

Nusa Laut is an Austronesian language spoken on the island of the same name in the Moluccas in eastern Indonesia.

Izaak Huru Doko is a National Hero of Indonesia. The title was granted on 3 November 2006.

Pasir Gudang is a federal constituency in Johor, Malaysia, that has been represented in the Dewan Rakyat since 2004. 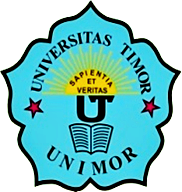