Uptime / Downtime is a 2010 mashup double album by The Kleptones. 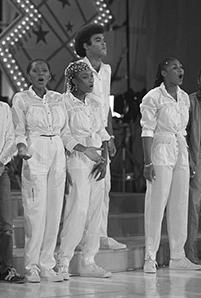 Boney M. was a Euro-Caribbean vocal group created by German record producer Frank Farian, who served as the group's primary songwriter. Originally based in West Germany, the four original members of the group's official line-up were Liz Mitchell and Marcia Barrett from Jamaica, Maizie Williams from Montserrat and Bobby Farrell, a performing artist from Aruba. The group was formed in 1976 and achieved popularity during the disco era of the late 1970s. Since the 1980s, various line-ups of the band have performed with different personnel. 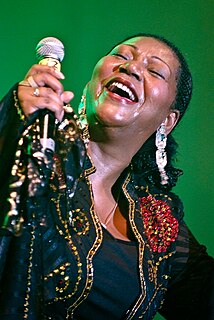 Elizabeth Rebecca Mitchell is a Jamaican-British singer, best known as one of the original singers of the 1970s disco/reggae band Boney M.

Malaika is a Swahili song written by Tanzanian musician Adam Salim in 1945. This song is possibly the most famous of all Swahili love songs in Tanzania, Kenya and the entire East Africa, as well as being one of the most widely known of all Swahili songs in the world. Malaika in this context means "angel" in Swahili, and this word has always been used by the Swahili speakers to refer to a beautiful girl.

Osymyso is a musician and DJ from the United Kingdom who specialises in the genres of mashup / bastard pop and breakbeat. He has been making music since 1994 and released his first album, Welcome to the Pailindrome, in 1999. Songs which he has created include "Pat n Peg", which turns an argument between two EastEnders characters into a track through the looping of the shouts You bitch! and You cow! and the addition of a hip hop beat, and "Intro-Inspection". In a 2002 front page survey of the genre, The New York Times remarked on "Intro-Inspection" and called Osymyso "one of the most popular bootleg artists".

24 Hours is a 2006 mashup double concept album by The Kleptones. Like other albums by The Kleptones, the album intersperses quotes from movies and television in its songs.

From Detroit to J.A. is The Kleptones' third album, which blends R&B instrumentals with Pop, Rap, and R&B vocals.

The Kleptones are a one-man English electronic music act fronted by music producer and DJ Eric Kleptone. They are best known for their Internet-exclusive mashup albums. Typically, Eric Kleptone mixes rock/R&B instrumentals with rap and hip-hop vocals in a style that is "fun... and often surprising". Both his name and the group's name are parodies of the famous guitarist Eric Clapton, and a play on the fact that he is a "klepto of tones".

"Get It Together" is a song by American hip-hop group the Beastie Boys, released as the second single from their fourth studio album Ill Communication. The album version of the song features rapper Q-Tip of A Tribe Called Quest, but not the single version. 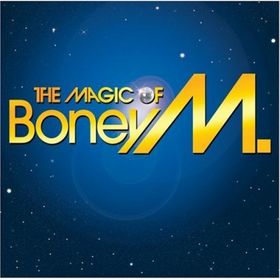 The Magic of Boney M. is a greatest hits album of recordings by Boney M. released by Sony BMG in October 2006. 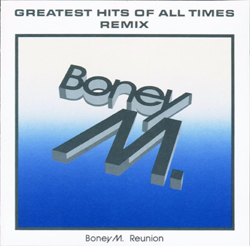 Greatest Hits of All Times – Remix '88 is a remix album by Boney M. released in 1988. Boney M.'s new manager at the time, Simon Napier-Bell, succeeded in persuading the four original members to briefly reunite and promote this remix album. The man employed to re-arrange the original hits and create new interest in the band was PWL's Pete Hammond who previously had remixed many of the Stock Aitken Waterman stable's chart-topping hits with Kylie Minogue, Jason Donovan, Rick Astley and Bananarama. Five of the tracks also feature new lead vocals by Liz Mitchell. In early 2021 Pete Hammond recalled the following about the ’88 remix project which explains the new vocals: “The 2inch 24 track multi-track tapes were sent to PWL by Frank Farian of Far Music. Apparently, they had lost some of the original recordings - 4 songs if I remember correctly - and had to record 4 new versions; they were musically incomplete but good enough for me to overdub and remix.” The remix project spun off three fairly successful single releases, "Rivers of Babylon ", "Rasputin " and the 1988 "Megamix", which would appear on the follow-up album issued a year later, and created the first wave of Boney M. nostalgia in Europe. 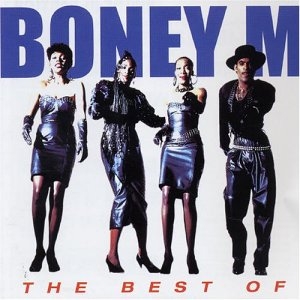 The Best of Boney M. is a compilation album of recordings by Boney M. released by BMG UK's midprice label Camden in 1997. 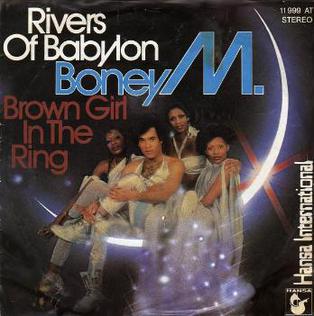 "Brown Girl in the Ring" is a traditional children's song in the West Indies. It was originally featured in the game of the same name, thought to have originated in Jamaica. 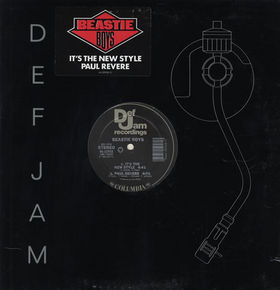 "The New Style" is a song by American rap rock group the Beastie Boys, released as the third single from their debut album Licensed to Ill. 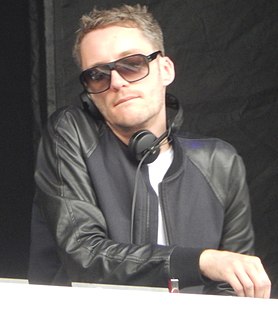 Rocco Rampino, better known as Congorock, is an Italian producer and DJ. He is best known for his song "Babylon" in 2010.

"Going Back to My Roots" is a 1977 song by Lamont Dozier. Cover versions by Odyssey, FPI Project, and Linda Clifford have entered the UK Singles Chart, with the FPI Project's version charting in other European markets as well.