WHPK (88.5 FM) [3] is an American radio station based in Hyde Park on the South Side of Chicago, established in 1968. The station is owned by the University of Chicago, and operated by volunteer students and community members. WHPK's station manager and program director are elected by the station's student members and must be students themselves. The station's broadcast engineer is paid by the university.

In 1968, WHPK-FM was established when the campus secret Society of the Owl and Serpent disbanded, donating its funds and Reynolds Club office space to a student radio group. WHPK-FM started broadcasting as a 15-watt FM station at 88.3 MHz on March 22, 1968. In 1985, WHPK-FM upgraded to a 100-watt transmitter and moved to the current frequency of 88.5 MHz. [2]

WHPK-FM was the first radio station to broadcast hip hop music in Chicago, and would become home to aspiring rappers throughout the years, including Common [3] and Kanye West. [4]

The station changed its call sign to the current WHPK on February 26, 2016. 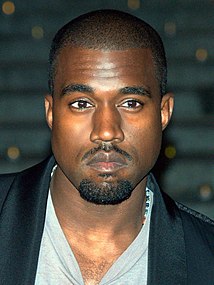 Kanye Omari West is an American rapper, singer, record producer, businessman, politician, and fashion designer. He has been influential in the 21st-century development of mainstream hip hop, popular music, and popular culture in general.

CKLN-FM was a community radio station based in Toronto, Ontario, Canada.

The Canadian hip hop scene was established in the 1980s. Through a variety of factors, it developed much more slowly than Canada's popular rock music scene, and apart from a short-lived burst of mainstream popularity from 1989 to 1991, it remained largely an underground phenomenon until the early 2000s.

CKDU-FM is a non-profit radio station broadcasting from the campus of Dalhousie University in Halifax, Nova Scotia. It airs a campus radio format serving the Halifax Regional Municipality area and is operated by the not-for-profit CKDU-FM Society. Its mandate is to provide the Halifax area with an alternative to public and private radio broadcasting. The 2,460 watt transmitter reaches the urban core of Halifax and adjacent communities.

KBBD is the Spokane, Washington, adult hits music formatted radio station whose slogan is "We Play Whatever". The Stephens Media Group station broadcasts at 103.9 MHz with an effective radiated power of 39,000 watts.

WBBM-FM is a Top 40 (CHR) radio station in Chicago. It is known on the air as B96 and it is owned by Audacy, Inc. The station has an effective radiated power (ERP) of 3,300 watts, broadcasting from a transmitter atop the Willis Tower. The studios and offices are located at Two Prudential Plaza in the Loop. WBBM-FM's main competition is 103.5 WKSC-FM, owned by iHeartMedia.

WBMX is a commercial FM radio station in Chicago, Illinois, serving the Chicago metropolitan area and Northwest Indiana. The station is owned by Audacy, Inc. and airs a classic hip hop radio format.

WGCI-FM is an Urban Contemporary radio station that is licensed to Chicago, Illinois, serving the Chicago metropolitan area and Northwest Indiana. It is owned and operated by iHeartMedia.

WONU is a non-commercial FM radio station licensed to Kankakee, Illinois, United States, and serving the region south of the Chicago metropolitan area. It is a non-profit, listener-supported station owned and operated by Olivet Nazarene University, which is located in Bourbonnais, Illinois. It airs a Christian Contemporary Music radio format.

WSRB is an urban Adult Contemporary radio station serving the Chicago metropolitan area and Northwest Indiana. It is licensed to the Southland suburb of Lansing, Illinois, and transmits within that city from a tower along the north side of the Kingery Expressway. The station is owned by Crawford Broadcasting and its studios are in Hammond, Indiana.

Minneapolis hip hop is hip hop or rap music that originates from the Minneapolis metropolitan area in the U.S. state of Minnesota.

WUTK-FM is a variety formatted non-commercial, non-profit, broadcast radio station licensed to Knoxville, Tennessee and serving Metro Knoxville. WUTK is owned and operated by the University of Tennessee; however, WUTK's daily operations are not funded by the university; instead, they rely on donations from listeners and local businesses. WUTK-FM signed on in February 1982 from studios located in P-103 of Andy Holt Tower with an antenna on the roof generating 128.7 watts. WUTK now broadcasts with over 1000 watts, streams worldwide at WUTKRadio.com and on the Tune In and RadioFX apps.

"Go Hard" is the second single from DJ Khaled's third studio album, We Global. The track features American rapper Kanye West and American singer T-Pain and their trademark auto-tune effect. The song is produced by The Runners and it samples Madonna's 1985 song "Angel". It first charted on the Bubbling Under R&B/Hip Hop chart on December 4, 2008, debuting at number 25, where it peaked at number 15, and charted on the Hot R&B/Hip-Hop Songs debuting at number 85 and then rising to number 53. It also debuted at number 69 on the Billboard Hot 100 the same week the album We Global was released due to digital downloads, also at number 19 on the Hot Rap Tracks. 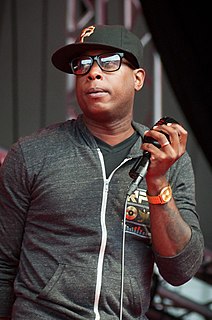 Talib Kweli Greene is an American rapper, entrepreneur, broadcaster and activist. Kweli earned recognition early on through his collaboration with fellow Brooklyn rapper Mos Def, when they formed the group Black Star. Kweli's musical career continued with solo success including collaborations with producers and rappers Kanye West, Just Blaze, and Pharrell Williams. His most recent solo album is titled Gotham, released in 2020. In 2011, Kweli founded his own record label, Javotti Media.