World Series of Boxing had its precursor, International Boxing League, a short-lived U.S. venture established in November 1969, shortly after the first U.S.—Soviet boxing dual, and functioned to 1971. It hosted several exhibition tours of the Soviet boxing team across the United States, in cities, where IBL teams were located. Bill Daniels was the boss of the league. The league folded due to financial reasons for amateur boxing wasn't profitable in the United States contrary to professional boxing.

Unlike amateur boxing, competitors taking part in sanctioned World Series of Boxing bouts must be bare-chested and are not permitted to wear protective headgear. Each participating boxer is drafted by one of a number of international franchises and can earn money by taking part in professional-style bouts. However, they maintain Olympic and AIBA world championship eligibility and remain eligible to compete at the Olympic Games.

Like professional boxing, each bout is decided by the scores of three judges or, in some cases, by a knockout, technical knockout or walk-over. A WSB meet between two international franchises consists of bouts in ten (formerly five) weight categories. There are five three-minute rounds in each bout and the team that wins the most number of bouts wins the meet. [1]

Until season 4, there were five weight categories which were different than 10 categories in amateur (Olympic) boxing or 17 categories in professional boxing. These were Heavyweight (91+ kg), Light heavyweight (80–85 kg), Middleweight (68–73 kg), Lightweight (57–61 kg) and Bantamweight (50–54 kg). In the fourth season (2013–14), the number of weight classes was increased to ten, and they are same as in amateur (Olympic) boxing. 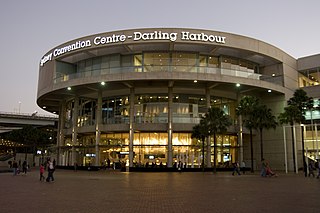 The boxing competition at the 2000 Summer Olympics in Sydney, Australia was held at the Sydney Convention and Exhibition Centre in Darling Harbour. The event was only open to men and bouts were contested over four rounds of two minutes each. Five judges scored the fighters in real time and the boxer with the most points at the end was the winner.

The boxing programme of the 2008 Summer Olympics in Beijing, China was held at the Workers Indoor Arena. 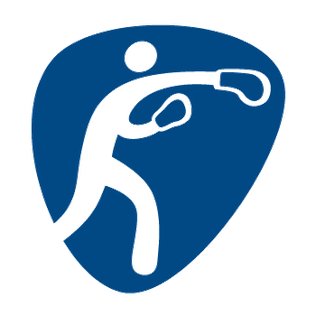 The boxing tournaments at the 2020 Summer Olympics in Tokyo will take place from 23 July to 8 August 2021 at the Ryōgoku Kokugikan. On 22 May 2019, the International Olympic Committee (IOC) announced that the International Boxing Association (AIBA) had been stripped of the right to organise the tournament, due to "issues in the areas of finance, governance, ethics and refereeing and judging". Boxing will instead be organised by an ad-hoc task force led by Morinari Watanabe, president of the International Gymnastics Federation.

Petr Mukhamedovich Khamukov is a Russian amateur boxer of the light heavyweight class. Member of the Russian Olympic Team for the 2016 Summer Olympics in Rio de Janeiro and the only active Russian boxer to hold two Olympic licenses in middleweight and light heavyweight.

Boxing at the 2018 Summer Youth Olympics was held from 14 to 18 October at the Oceania Pavilion in Buenos Aires, Argentina.