"'Round Midnight" is a 1944 composition by pianist Thelonious Monk that quickly became a jazz standard and has been recorded by a wide variety of artists. A version recorded by Monk's quintet was added to the Grammy Hall of Fame in 1993. [1] It is the most recorded jazz standard composed by a jazz musician. [2]

It is thought that Monk composed the song sometime in 1940 or 1941. However, Harry Colomby claims that Monk may have written an early version around 1936 (at the age of 19). The song was copyrighted September 24, 1943 in C minor under the title "I Need You So", and included lyrics by Monk himself. [3] The first recording was made by Cootie Williams on August 22, 1944, [4] after the pianist Bud Powell persuaded Williams to record the tune. [5] Monk first recorded the song on November 21, 1947, and later appeared on the Blue Note album Genius of Modern Music: Volume 1 , [6] and recorded it several times after that. His first version was transcribed by Lionel Grigson in A Thelonious Monk Study Album (Novello, 1993). [7]

Jazz trumpeters Cootie Williams and Dizzy Gillespie further embellished the song, with songwriter Bernie Hanighen adding his own lyrics. The lyrics were copyrighted November 27, 1944 under the title "Grand Finale". [5] Both Williams and Hanighen received co-credits for their contributions. The commonly played intro to "'Round Midnight" was originally composed by Dizzy Gillespie for the end of his arrangement for "I Can't Get Started", but later adopted it to the intro for "'Round Midnight". [8] Gillespie later reused the arrangement for "I Can't Get Started", and recorded it for Birks' Works and Something Old, Something New .

The song is sometimes incorrectly called "'Round About Midnight", as Miles Davis used this as the title of his 1957 Columbia Records album 'Round About Midnight that included a version based on Dizzy Gillespie's arrangement. It became a signature song for Davis; his performance of it with Monk at the 1955 Newport Jazz Festival, which was heard by producer George Avakian, was crucial in securing him a recording contract with Columbia Records. [9] He had previously recorded the song in the studio two other times, once for Prestige in 1953 and again in 1956 as released on Miles Davis and the Modern Jazz Giants .

A recording by Jimmy McGriff was used as the 6pm closedown theme in the early days of Radio Caroline in 1964.

In 1971, Ron Grainer used a down-tempo variation by Cootie Williams to accompany a memorable scene from The Omega Man . The song later appeared on a 2004 Gotan Project CD, Inspiración Espiración , featuring Chet Baker.

In 1986, the song was used as the title for the film Round Midnight which starred veteran saxophonist Dexter Gordon in a fictional story about an expatriate American jazz musician living in Paris. The soundtrack by Herbie Hancock prominently features the song "'Round Midnight" along with a number of other jazz standards and a handful of original pieces written by Hancock. 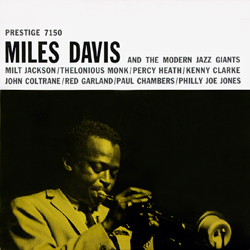 Miles Davis and the Modern Jazz Giants is an album by Miles Davis, released on Prestige Records in 1959. Most of the material comes from a session on December 24, 1954, featuring Thelonious Monk and Milt Jackson, and had been previously released in the discontinued ten inch LP format. "Swing Spring" was originally released on the 10"LP Miles Davis All Stars, Volume 1, and "Bemsha Swing" and "The Man I Love" had been previously released on Volume 2. "'Round Midnight" is newly released, and comes from the same sessions by Davis's new quintet in 1956 which resulted in Steamin' with the Miles Davis Quintet and three other albums to fulfill Davis's contract with Prestige. 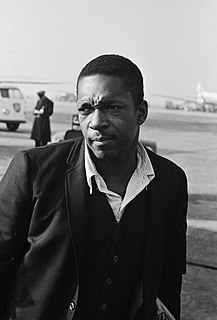 This article presents the discography of the jazz saxophonist and band leader John Coltrane. 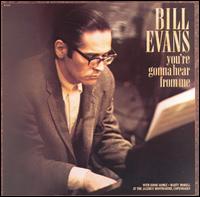 You're Gonna Hear From Me is a live album by jazz pianist Bill Evans with Eddie Gómez and Marty Morell recorded at the Jazzhus Montmartre in Copenhagen in 1969 but not released until the 1980s on the Milestone label. The same concert also produced the album Jazzhouse.

Live at the Lighthouse '66 is a live album by The Jazz Crusaders recorded in 1966 and released on the Pacific Jazz label. 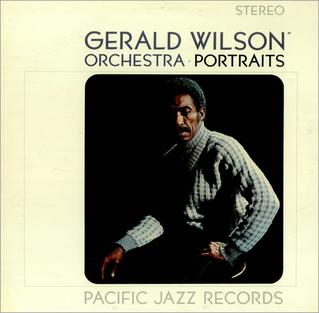 Portraits is an album by the Gerald Wilson Orchestra recorded in late 1963 and early 1964 and released on the Pacific Jazz label. 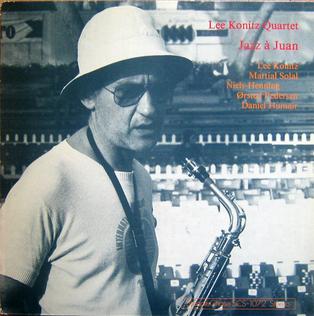 Jazz à Juan is a live album by American jazz saxophonist Lee Konitz recorded in Antibes in 1974 and released on the Danish SteepleChase label in 1977.

Poetry is an album by saxophonist Stan Getz and Albert Dailey which was recorded in 1983 and released on the Elektra/Musician label.

Tête-à-Tête is a duet album by saxophonist Art Pepper and pianist George Cables recorded in 1982 and released on the Galaxy label.

19 [Solo] Compositions, 1988 is a live album by composer and saxophonist Anthony Braxton featuring solo performances recorded in 1988 and released on the New Albion label.

Work! is the second studio album by American jazz pianist Mulgrew Miller, recorded together with Charnett Moffett on bass and Terri Lyne Carrington on drums. The album was released in April 1986 by Landmark Records. The album is named after the song "Work" by Thelonious Monk and Sonny Rollins from their 1954 album Thelonious Monk and Sonny Rollins.

Con Alma is an album by pianist Ray Bryant released on Columbia Records in 1961. 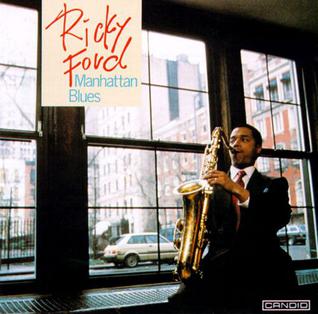 Manhattan Blues is an album by saxophonist Ricky Ford. 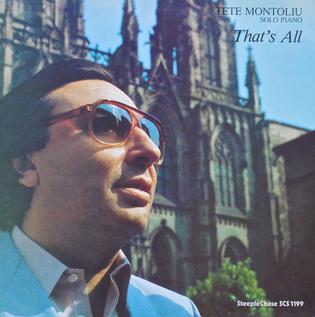 That's All is a solo album by pianist Tete Montoliu recorded in 1971 and released on the Danish label, SteepleChase in 1985.

A Spanish Treasure is an album by pianist Tete Montoliu recorded in Japan in 1991 and released on the Concord Jazz label.

Take One is an album by drummer T. S. Monk which was recorded in 1991 and released on the Blue Note label the following year.

Four in One is an album of Thelonious Monk's compositions performed by saxophonist Sonny Fortune which was recorded in 1994 and released on the Blue Note label. 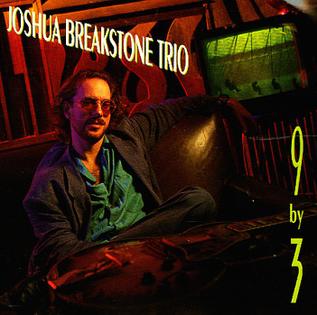 9 by 3 is an album by guitarist Joshua Breakstone that was recorded in 1990 and first released by the Contemporary label. 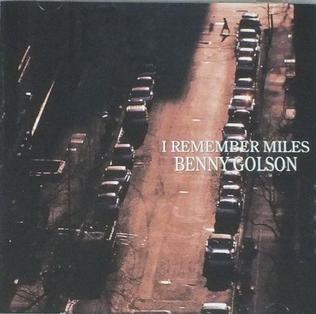 I Remember Miles is an album by saxophonist/composer Benny Golson, featuring compositions associated with or inspired by Miles Davis, that was recorded in 1992 and originally released by the Japanese Alfa Jazz label before being reissued in the US on Evidence Music in 1996.

Youngblood is an album by trumpeter Jon Faddis recorded in 1976 and released by the Pablo label.

Potpourri is an album by pianist Ray Bryant recorded in 1980 and released by the Pablo label the following year.