The 2015 Kawasaki Frontale season saw the club compete in the J1 League, the top league of Japanese football, in which they finished 6th. 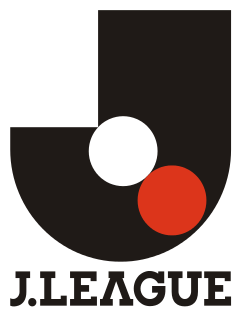 Yuichiro Nagai is a Japanese former professional footballer who played as a forward. He made four appearances for the Japan national team scoring once.

The 2008 J.League Division 1 season is the 44th season of the top-flight club football in Japan and the 16th season since the establishment of J1 League. The season began on March 8 and ended on December 6.

The 2016 seasonwas Kashima's 24th consecutive season in the J1 League, the top-division of professional football in Japan. In addition to the league campaign, the club also competed in the Emperor's Cup, League Cup, Super Cup, and Suruga Bank Championship.

The 2017 season was Kashima Antlers' 25th consecutive season in the J1 League, the top-division of professional football in Japan. In addition to the league campaign, the club also competed in the Emperor's Cup, League Cup, Super Cup, and AFC Champions League.

The 2017 season saw Júbilo Iwata compete in the J1 League, the top tier of Japanese football.

The 2020 FC Tokyo season is their 9th consecutive season in J1 League after finishing the 2019 season in 2nd place. They will also compete in the J.League Cup.