Active rock is a radio format used by many commercial radio stations across the United States and Canada. Active rock stations play a balance of new hard rock songs with valued classic rock favorites, normally with an emphasis similar to Mainstream Rock and Album Oriented Rock on the hard rock end of the spectrum. [1]

There is no concrete definition of the active rock format. Sean Ross, editor of Billboard Airplay Monitor, described active rock in the late 1990s as album-oriented rock (AOR) "with a greater emphasis on the harder end of the spectrum". [2] Radio & Records defined the format as based on current rock hits in frequent rotation and targeted to males ages 18-34, akin to the approach of contemporary hit radio (CHR) stations. [3]

An active rock station may include songs by classic hard rock artists whereas an alternative rock station would not; such acts include AC/DC, Def Leppard, Guns N' Roses, Led Zeppelin, Jimi Hendrix, and Van Halen. [3] Additionally, an active rock station plays music by hard rock and heavy metal artists from the mid- and late 1990s all the way to the newest rock that is nationally heard throughout a lot of rock stations that carry the active rock format presently, particularly those artists which are often absent from alternative rock or classic rock radio playlists. These artists tend to be the main focus of the format, such as Three Days Grace, Shinedown, Slipknot, Breaking Benjamin, Korn, Avenged Sevenfold, Five Finger Death Punch, System of a Down, Disturbed, Papa Roach, Tool, Metallica, and Linkin Park. New and emerging artists have been given better exposure with this format being used, with artists like The Veer Union, Seasons After, Like a Storm, Burn Halo, Candlelight Red, and Messer. Some artists which are played by alternative stations also receive heavy airplay on active rock stations, such as Foo Fighters, Red Hot Chili Peppers, The Offspring, Green Day, Bush, and Queens Of The Stone Age, alongside newer and recently known bands like Imagine Dragons, Twenty One Pilots, Silversun Pickups, Nothing But Thieves, Rise Against, and Biffy Clyro, but not as frequently in rotation. Alternative metal bands also enjoy airplay on active rock stations; examples of such acts include Red, Mudvayne, Nonpoint, Drowning Pool, Nothing More, Gemini Syndrome, Periphery, Bullet For My Valentine, Fire From The Gods, Egypt Central, Stitched Up Heart, Islander, Fair To Midland, Crossfade, and CKY.[ citation needed ]

A pioneering station of this format in the late 1980s was WIYY (98Rock) in Baltimore, Maryland. Other early adopters of this format by the beginning of the 1990s include stations WIIL (95 WIIL Rock) in Milwaukee, Wisconsin, KISS-FM (99.5 KISS Rocks) in San Antonio, Texas, WLZX-FM (Lazer 99.3) in Northampton, Massachusetts, WXTB (98Rock) in Tampa, Florida, KRZN (96.3 The Zone) in Billings, Montana, KILO (94.3 KILO) in Colorado Springs, Colorado, KEGL-FM (97.1 The Eagle) in Dallas/Fort Worth, Texas, and WJJO (Solid Rock 94.1 JJO) Madison, Wisconsin. Satellite radio channels include Sirius XM Radio's Octane, and the gold-based Ozzy's Boneyard channel, also on Sirius XM Radio. Former counterparts prior to the November 12, 2008, Sirius/XM channel merger were XM's Squizz and Sirius's BuzzSaw.

Oldies is a radio format that concentrates on rock and roll and pop music from the second half of the twentieth century, specifically from around the mid-1950s to the 1970s or 1980s.

Énergie is a Canadian radio network of French-language active rock outlets broadcasting throughout the province of Quebec and portions of eastern Ontario, in Eastern Canada. They offer a personality-driven mix of francophone and anglophone classic rock and alternative rock songs, catering to a young adult audience. Although the flagship station is CKMF-FM Montreal, the 10 stations in the network usually have their own talent and format for each of their own markets. They are owned by Bell Media.

Adult hits is a radio format that draws from a wide array of popular music. 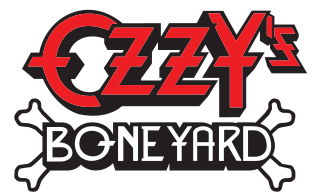 Mainstream rock is a radio format used by many commercial radio stations in the United States and Canada.

Adult standards is a North American radio format heard primarily on AM or class A FM stations.

Chris Paul Carter is an American, Los Angeles-based disc jockey and music/film producer, who started his music career as a founding member and bass player with alternative rock/power pop band Dramarama. After Dramarama originally split in 1994, Carter formed QM Management to manage LA pop group The Wondermints, currently best known as Beach Boy Brian Wilson's touring backing band. Until September 2006, KLSX aired Carter's Breakfast with the Beatles, America's longest-running Beatles-based radio show, on which he played almost nothing but Beatles material and commented upon the history of the group for as long as four hours every week. In November 2006, the show moved to its new Los Angeles home, KLOS-FM, which bills itself as "L.A.'s Only Classic Rock Station Since 1969," and can be heard every Sunday from 9 am to 12noon PST. http://www.955klos.com/breakfast-with-the-beatles/ In September 2008, Carter started a new version of Breakfast with the Beatles for Sirius XM Satellite Radio, which was broadcast on the Underground Garage channel, both Sirius 21 and XM 21. In December 2008, Breakfast with the Beatles debuted its new web site.

Classic Rewind is a classic rock radio station on Sirius XM Radio, which centers on the Mid to late 1970s, 1980s, and early 1990s, picking up musically where Classic Vinyl ends. It is heard on channel 25 on Sirius XM Radio. It can also be heard on Dish Network channel 6025. The channel is often billed as classic rock from the cassette era, from where the channel's title is derived. 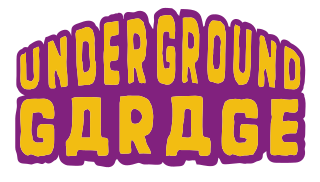 Underground Garage is the name shared by two related but different radio outlets, a syndicated show and a satellite radio station, both created and supervised by Bruce Springsteen & The E Street Band guitarist Steven Van Zandt to present rock 'n' roll and garage rock on radio. Both outlets play a mixture of garage rock both old and new, and the music which influenced today's garage rock. On both the Sirius XM channel and on the syndicated show, one song is regularly proclaimed as "The Coolest Song in the World This Week."

KDRF is a radio station in Albuquerque, New Mexico. It is owned by Cumulus Media and has an adult hits format as "Ed FM" and uses the slogan "playing stuff we like". Its studios are located in Downtown Albuquerque and the transmitter tower is located atop Sandia Crest east of the city.

Pat St. John is an American radio personality and voice-over artist. He began his radio career on Windsor, Ontario's CKLW in 1969 and 1970, followed by WKNR in late 1970 to early 1972, followed by WRIF FM (101.1) to April 1973. St. John is best known for the 42 years he spent in the New York City radio market working for WPLJ, WNEW-FM, WAXQ and WCBS FM. He can now be heard on Sirius XM Radio '60s on 6 Weekdays 3PM to 7 PM ET and on Classic Rewind Weekends 6PM to midnight ET. St. John has done television voiceover work, including announcing for Dick Clark's New Year's Rockin' Eve from 2000 to 2010.

Lithium is a 1990s grunge and alternative rock channel airing on Sirius XM Radio channel 34 and Dish Network channel 6034. It debuted on Sirius Satellite Radio on February 14, 2007, moving SIRIUS Disorder to channel 32 and later to channel 70. An update was sent to all Sirius radios which corrected the issue where Lithium was called "'90s Alternative" and the Stiletto radios displayed the Sirius logo.

Sixx Sense was a nationally syndicated rock radio show broadcast from Sherman Oaks, Los Angeles and heard on over 115 radio stations. It was also available on iHeartRadio in The United States and Canada. The iHeartRadio channel intersperses active rock and alternative rock with talk from hosts Nikki Sixx and Jenn Marino. Sixx Sense was one of eleven channels produced by Clear Channel for broadcast on XM Satellite Radio. Other Clear Channel XM stations include: America's Talk, Extreme Talk, ReachMD, and Talk Radio; as well as simulcasts of Fox Sports Radio, KIIS-FM, WGCI-FM, WHTZ, WLTW, and WSIX-FM. Advertising sales are handled by Premiere Networks.

Lou Brutus is an American radio personality, program director, voice-over talent, musician, and photographer. He is best known as the host of the nationally syndicated rock radio programs hardDrive with Lou Brutus and hardDrive XL with Lou Brutus, as well as his work at Sirius XM Radio.