Last updated December 08, 2022
Ethnic group from Southern and Central Africa
This article is about the ethnic group. For the language, see Chewa language.

The Chewa (or AChewa) are a Bantu ethnic group native to central and southern Africa and the largest ethnic group in Malawi. The Chewa are closely related to people in surrounding regions such as the Tumbuka and Nsenga. They are historically also related to the Bemba, with whom they share a similar origin in the Democratic Republic of the Congo. As with the Nsenga and Tumbuka, a small part of Chewa territory came under the influence of the Ngoni, who were of Zulu or Natal/Transvaal origin. An alternative name, often used interchangeably with Chewa, is Nyanja. Their language is called Chichewa. Internationally, the Chewa are mainly known for their masks and their secret societies, called Nyau, as well as their agricultural techniques.

The Chewa (like the Nyanja, Tumbuka, Senga, Nsenga, Mang'anja) are a remnant of the Maravi (Malawi) people or empire. [1]

There are two large Chewa clans, the Phiri and the Banda, [2] with a population of 1.5 million people. [3] The Phiri are associated with the kings and aristocracy, the Banda with healers and mystics.

Oral records of the Chewa may be interpreted to refer to origins in Malambo, a region in the Luba area of the Democratic Republic of the Congo, from where they emigrated into northern Zambia, and then south and east into the highlands of Malawi. This settlement occurred sometime before the end of the first millennium. After conquering land from other Bantu peoples, they regrouped at Choma, a place associated with a mountain in northern Malawi, and the plateau of northeastern Zambia.[ citation needed ]

This is one of a number of different interpretations of the early oral records of the Chewa. The first Chewa kingdom was established some time before or after 1480, and by the 16th century there were two systems of government, one maintained by the Banda clan at Mankhamba (near Nthakataka), and the other by the Phiri clan at Manthimba. The Phiri are associated with the Malawian mountain Kaphirintiwa.[ citation needed ]

By the 17th century, when the 'Malawi' state had been unified, the Portuguese had made some contact with the Chewa. Although the Portuguese did not reach the heartland of the chiefdom, there are well-documented records of contacts between 1608 and 1667. By 1750, several 'Malawi' dynasties had consolidated their positions in different parts of central Malawi; however the Chewa, had managed to distinguish themselves from their neighbours through language, by having special tattoo marks (mphini), and by the possession of a religious system based on the nyau secret societies.

Women have a special place in Chewa society and belief. They are recognized as reproducers of the lineage (Bele), which is an extended family of people related to the same ancestor. As a matrilineal society, property and land rights are inherited through the mother. Bele means "descended from the same breast". Children of the same mother or female (Lubele la achite) make up a family of dependents or Mbumba. Elder brothers of the mothers are called Nkhoswe, are the guardians of the lineage, and are mentors to their sisters' sons.

When crops are sold, income from the sale belongs to the woman of the house. [3]

The village was led by a headman (Mfumu), a position to which every villager of good character could aspire. Village headmen and headwomen were subordinate to regional chiefs (Mwini Dziko), who were themselves subordinate to Paramount Chiefs. Subordination meant the regular payment of tribute, as well as readiness to supply men in time of war. 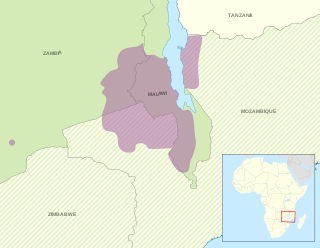 Chewa is a Bantu language spoken in much of Southern, Southeast and East Africa, namely the countries of Malawi, where it is an official language, and Mozambique and Zambia. The noun class prefix chi- is used for languages, so the language is usually called Chichewa and Chinyanja. In Malawi, the name was officially changed from Chinyanja to Chichewa in 1968 at the insistence of President Hastings Kamuzu Banda, and this is still the name most commonly used in Malawi today. In Zambia, the language is generally known as Nyanja or Cinyanja/Chinyanja '(language) of the lake'. 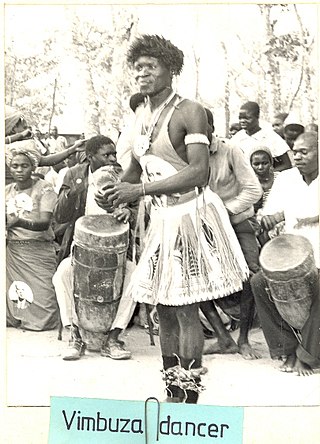 The Tumbuka language is a Bantu language which is spoken in the Northern Region of Malawi and Zambia in the districts of Lundazi, Lumezi, and Chasefu. It is also known as Chitumbuka or Citumbuka — the chi- prefix in front of Tumbuka means "in the manner of", and is understood in this case to mean "the language of the Tumbuka people". Tumbuka belongs to the same language group as Chewa and Sena.

Maravi was a kingdom which straddled the current borders of Malawi, Mozambique, and Zambia, in the 16th century. The present-day name "Maláŵi" is said to derive from the Chewa word "malaŵí", which means "flames".

The Nsenga, not to be confused with the Senga, are a Bantu ethnic tribe of Zambia and Mozambique. In Zambia, they are found in two districts of Eastern province namely Nyimba and Petauke. They are also dialects with the Nsenga Luzi of the Luangwa valley in Chief Nyalugwe, Mboloma and Lwembe and the Chikunda of Luangwa Boma (Feira). Their Senior Chief is Kalindawalo M'ndikula who resides in Merwe 10 kilometers from Petauke Boma. His subjects include Chief Mwape, Nyamphande, Nyanje, Mumbi, Sandwe, Nyalugwe, Ndake, Lwembe and Mwanjaw'anthu. They are well known for their culture and artwork which includes bead work and basketry. They also grow groundnuts, maize, millet and sorghum for consumption and cotton (Thonje) as cash crop, and are popular for their Mbewa (Mice), a practice which they are often teased for. The Nsenga language spoken by people of this tribe has been adopted by many groups in Zambia and diluted to Zambia’s widely spoken language Chinyanja. 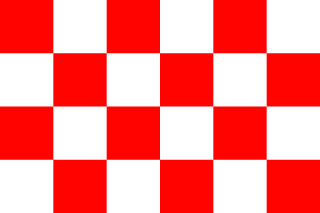 The Bemba belong to a large group of Bantu peoples mainly in the Northern, Luapula, Muchinga, and the northern Central Province of Zambia. The Bemba entered modern-day Zambia by crossing the Luapula River. One group first came to Zambia by 1940 from Kola. A few other ethnic groups in the Northern and Luapula of Zambia speak languages that are similar to Bemba but do not share a similar origin. The Bemba people are not indigenous to the Copperbelt Province, having reached there only in the 1970s due to employment opportunities in copper mining.

Zambia has several major indigenous languages, all members of the Bantu family, as well as Khwedam, Zambian Sign Language, several immigrant languages and the pidgins Settla and Fanagalo. English is the official language and the major language of business and education.

The Senga are an ethnic tribe of Zambia, distinct from the Nsenga.

Nyau is a secret society of the Chewa, an ethnic group of the Bantu peoples from Central and Southern Africa. The Nyau society consists of initiated members of the Chewa and Nyanja people, forming the cosmology or indigenous religion of the people. Initiations are separate for men and for women, with different knowledge learned and with different ritual roles in the society according to gender and seniority. Only initiates are considered to be mature and members of the Nyau.

The Mwangwego script is an abugida writing system developed for Malawian languages and other African Bantu languages by linguist Nolence Mwangwego in 1977. It is one of several indigenous scripts invented for local language communities in Africa.

Leroy Vail whose birth name was Hazen Leroy Vail was an American specialist in African studies and educator who specialized in the history and linguistics of Central Africa and later extended his interests to Southern Africa. He taught in universities in Malawi, Zambia and the United States and his research in the first two countries inclined him toward the view that Central Africa underwent a period of underdevelopment that began in the mid-19th century and accelerated under colonial rule. After his return to the United States, he cooperated with Landeg White on studies of colonial Mozambique and on the value of African poetry and songs as a source of oral history.

Isabel Apawo Phiri is a Malawian theologian known for her work in gender justice, HIV/AIDS, and African theology. She has been a Deputy Secretary for the World Council of Churches since 2012.