The County of Ravensberg (German : Grafschaft Ravensberg) was a historical county of the Holy Roman Empire. Its territory was in present-day eastern Westphalia, Germany at the foot of the Osning or Teutoburg Forest.

Ravensberg was first mentioned in the 12th century; its first seat was Ravensberg Castle. The Counts of Ravensberg then had Sparrenberg Castle built in Bielefeld c. 1240–50, which they made their seat. They also owned Limberg Castle near Preußisch Oldendorf .

The county was later inherited by the Duchy of Berg in 1346, which in turn became part of the Duchy of Jülich-Berg in 1423, and ultimately the United Duchies of Jülich-Cleves-Berg in 1521.

After the War of the Jülich succession, in the Treaty of Xanten in 1614, the County of Ravensberg came to the Margraviate of Brandenburg, which became the Kingdom of Prussia in 1701, and was administered within Minden-Ravensberg from 1719–1807, when it was dissolved during the Napoleonic Wars.

from 1614 Margraves of Brandenburg and Kings of Prussia

To France by the 1807 Treaty of Tilsit, incorporated into the Kingdom of Westphalia

Media related to County of Ravensberg at Wikimedia Commons

Goch is a town in the district of Kleve, in North Rhine-Westphalia, Germany. It is situated close to the border with the Siebengewald in Netherlands, approx. 12 km (7 mi) south of Kleve, and 27 km (17 mi) southeast of Nijmegen. Other places in Goch are Asperden and Kessel.

Palatinate-Neuburg was a territory of the Holy Roman Empire, founded in 1505 by a branch of the House of Wittelsbach. Its capital was Neuburg an der Donau. Its area was about 2,750 km², with a population of some 100,000.

Jülich-Cleves-Berg was the name of two former territories across the modern German state of North Rhine-Westphalia and the modern Dutch province of Gelderland. From 1521 to 1666, the territory was a combination of states in personal union, all reichsfrei territories of the Holy Roman Empire. The name was resurrected after the Congress of Vienna for a short-lived province of the Kingdom of Prussia between 1815 and 1822. 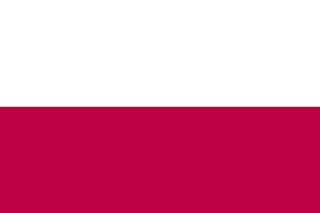 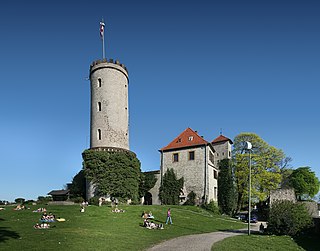 Sparrenberg Castle, also known as the Sparrenburg, is a restored fortress in the Bielefeld-Mitte district of Bielefeld, Germany. It is situated on the Sparrenberg hill in the Teutoburg Forest and towers 60 metres (200 ft) above the city centre. Its current appearance mainly originated in the 16th and 19th century. The Sparrenburg is considered to be Bielefeld's landmark. 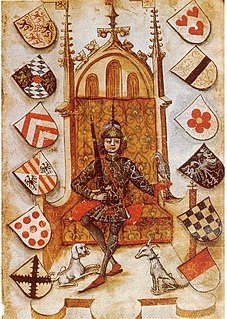 Limberg Castle is a ruined hill castle on the 190-metre-high Limberg in the Wiehen Hills. It is located near the village of Börninghausen in the borough of Preußisch Oldendorf in the East Westphalian county of Minden-Lübbecke in the German state of North Rhine-Westphalia.