Diffa Region is situated in the extreme southeast of Niger between 10° 30’ and 15° 35’ longitude East and 13° 04’ and 18° 00’ latitude North. It covers 156 906 km², and it borders Agadez Region to the north, Chad to the east, Nigeria to the south, and Zinder Region to the west. The landscape is primarily Sahelian in the south, merging into the Sahara desert in the north of the region. In the far southeast can be found Niger's portion of Lake Chad; formerly extending as far west as N'guigmi, the lake has shrunk drastically in recent decades. [3] In the southeast the Komadougou Yobe river forms part of the border with Nigeria. [3]

Refugees from Nigeria fleeing violence from Boko Haram are living with local populations in the Diffa Region. As of 11 June 11, 2014, the International Rescue Committee (IRC) estimated that as many as 1,000 refugees a week were crossing the border into Diffa region; four out of five are women and girls. [8] By October 2015 the number of Nigerian refugees in the region had risen to at least 150,000. [9] After a lull in the fighting in 2017-18, violence increased in 2019, further worsening an already fragile security situation. [10]

The economy of Diffa Region is primarily agricultural, based upon pastoralism and farming. The major crop, grown both for subsistence and sale, is millet, especially drought-tolerant varieties. One third of arable land is devoted to farming: almost 105,000 hectares farmed of the 299,500 hectares of arable land. Areas of the east and south also grow rice and maize. Irrigation in the valleys around Maïné-Soroa make this possible, as does the edge of Lake Chad (3,000 km² in the far east) and the seasonal Komadougou Yobe river valley in the south, which forms around 150 km of the border with Nigeria. Despite this the Diffa Region is among the most unproductive agricultural areas in Niger, and all of West Africa, making it especially vulnerable to drought and famine. 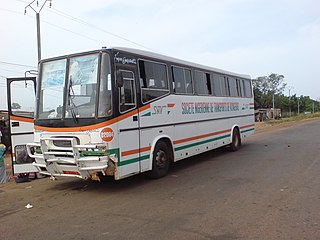 N'guigmi is a city and Commune of fifteen thousand in the easternmost part of Niger, very near to Lake Chad – lying on its shore until the lake retreated. It is a crossroads for the traditional camel caravans of the Toureg and for traders plying North and South across the Sahara.

Yobe is a state located in northeastern Nigeria. A mainly agricultural state, it was created on August 27, 1991. Yobe State was carved out of Borno State. The capital of Yobe State is Damaturu; its largest city is Potiskum. 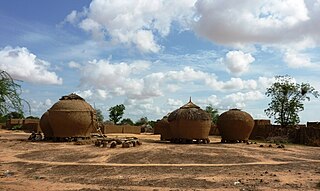 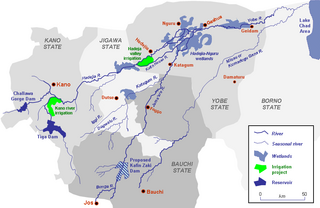 The Yobe River, also known as the Komadougou Yobe or the Komadougou-Yobe, is a river in West Africa that flows into Lake Chad through Nigeria and Niger. Its tributaries include the Hadejia River, the Jama'are River, and the Komadugu Gana River. The river forms a small part of the international border between Niger and Nigeria. :)

Goudoumaria, Niger is a town in the southeast of the country, in Diffa Region, northwest of Diffa. Goudoumaria is an administrative post in the Maine-Soroa Department, and is approx. 50 km north of the Nigerian border and approximately 50 km east of the small city Soubdou.

The Termit Massif is a mountainous region in southeastern Niger. Just to the south of the dunes of Tenere desert and the Erg of Bilma, the northern areas of the Termit, called the Gossololom consists of black volcanic peaks which jut from surrounding sand seas. The southern Termit is a roughly east–west range of heavily eroded black sandstone. Its foothills on the south west are the Koutous hills.

Nigerian refugees are persons originating from the country of Nigeria, but seeking refuge outside the borders of their native country. 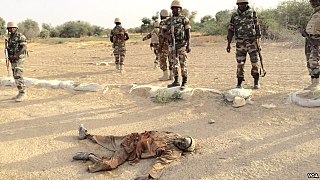 The 2015 Niger raid was an unsuccessful assault on the Nigerien towns Bosso and Diffa, perpetrated by Boko Haram. The incident occurred on 6 February 2015, marking the first major Boko Haram incursion into Niger.

The Chad Basin campaign of 2018–2020 was a series of battles and offensives in the southern Chad Basin, particularly northeastern Nigeria, which took place amid the ongoing Boko Haram insurgency. The Chad Basin witnessed an upsurge of insurgent activity from early November 2018, as rebels belonging to the Islamic State's West Africa Province (ISWAP) and Boko Haram launched offensives and several raids to regain military strength and seize territory in a renewed attempt to establish an Islamic state in the region. These attacks, especially those by ISWAP, met with considerable success and resulted in the displacement of hundreds of thousands of civilians. The member states of the Multinational Joint Task Force (MJTF), namely Nigeria, Niger, Chad, and Cameroon responded to the increased insurgent activity with counter-offensives. These operations repulsed the rebels in many areas, but failed to fully contain the insurgency.