Diocese of Tirunelveli of the Church of South India

In November 2015, the Tirunelveli diocese increased the annual membership amount (in Tamil : Kanikkai) from Rs 100 to Rs 500. The retirement age of the pastors also increased by the CSI synod from 65 to 67, and correction was made in the rule to permit pastors to remove someone from the diocese. Against all these decisions, members raised their voices. They requested to take a vote to implement these changes, but the Bishop ignored them and said that these changes are acceptable without proper voting. The members have thrown chairs to display their opposition. Due to the decision to increase the retirement age, J J Christdoss's retirement age also increased. [1] [2] [3] [4]

In 2014, one school teacher committed suicide as she was transferred. The diocese management was blamed for this. [5]

In 2008, the then administration led by a bus company owner rigged the election and but were eventually defeated in the election. [6]

Educational Institutions under the Diocese 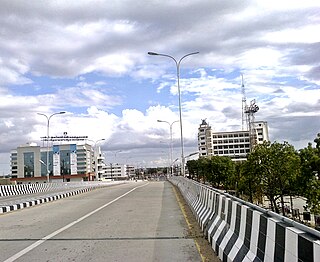 Holy Trinity Cathedral is the cathedral church of Tirunelveli Diocese under Church of South India. 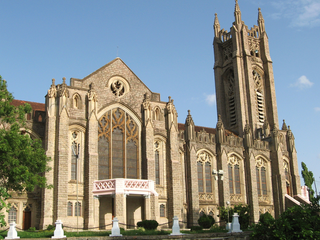 The Diocese of Medak is one of the prominent Dioceses in the Church of South India, a Protestant Uniting Church with its headquarters in Medak comprising nearly 200 Presbyters ministering to Telugu, Lambadi, Tamil, Kannada, Malayalam, Hindustani, English and other linguistic groups numbering nearly 1/3rds of a million spread over 105 pastorates and administered through 3 District Church Councils (DCC), namely, the Town DCC, the Medak DCC and the Godavari DCC geographically located in the erstwhile civil districts of Adilabad, Nizamabad, Medak, Rangareddy, Hyderabad and Mahboobnagar in Telangana. 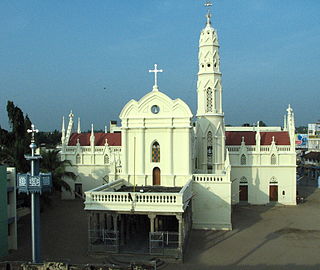 The St. Francis Xavier's Cathedral also St. Xavier Church is a Roman Catholic Latin Rite shrine located at Kottar, Nagercoil in Kanyakumari district of Tamil Nadu state, India. While Saint Xavier was doing missionary work at Kottar and its neighbourhood, he averted an invasion of Vadugas with the help of the army of Paravars and Padaiyatchis of Kottar, at Vadasery, thus protected the people of Venad kingdom from that attack which was appreciated by the king, Unni Kerala Varma, who became closer to the priest and befriended him from then on. In recognition of Xavier’s services, the king allotted him a piece of land to construct a Catholic church, as a gesture of goodwill, as per the church records. There was already a small church, in the same place where St. Xavier’s church stands at present, dedicated to Mary the Mother of God, since AD 1544. Church records indicate that St. Xavier Church was built in 1600. In 1865, the Shrine of Mary was renovated and enlarged. In 1930, the church was raised to the status of a cathedral. The annual festival is celebrated during November – December, lasting for 10 days.

The Coimbatore Diocese is one of the 22 dioceses of the Anglican Church of South India (CSI). 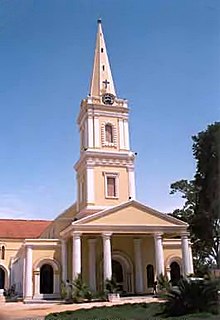 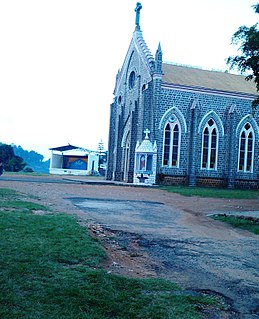 Bishop Vedanayagam Samuel Azariah was an Indian evangelist and the first Indian bishop in the churches of the Anglican Communion, serving as the first bishop of the diocese of Dornakal. A pioneer of Christian ecumenism in India, Azariah had a complex relationship with Mahatma Gandhi, who at least once called him postcolonial Indians' "Enemy Number One." 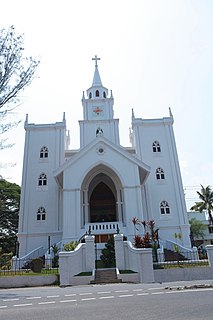 CSI-Garrison Wesley Church located in Trimulgherry is among the oldest churches in Secunderabad under the auspices of the Protestant Church of South India (CSI) within the ecclesiastical jurisdiction of the Diocese of Medak. Situated in Lal Bazar civilian area of the Secunderabad Cantonment, the CSI-Garrison Wesley Church is in near vicinity of the Military College of Electronics and Mechanical Engineering (MCEME), and the church has continued to attract not only its regular worshipers but also the new visitors from the nearby military stations of the Indian Army and the Indian Air Force through its regular Sunday Mass as well as its annual Good Friday, Easter and Christmas programmes. 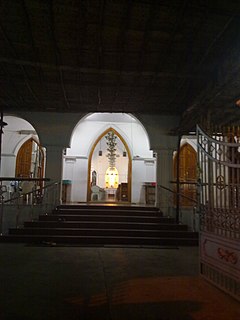 CSI Immanuel church, Salem is located on Sarada College Rd, in the heart of Salem, Tamil Nadu, India. The church services are conducted both in Tamil and English. 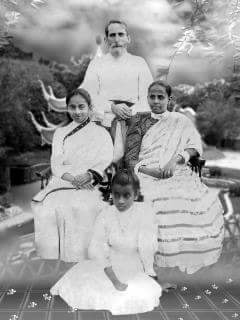