Eddie Dekel (born September 28, 1958) is an American economist. He is a Professor at Northwestern University and Tel Aviv University. [1] His fields of research include game theory and decision theory.

Americans are nationals and citizens of the United States of America. Although nationals and citizens make up the majority of Americans, some dual citizens, expatriates, and permanent residents, may also claim American nationality. The United States is home to people of many different ethnic origins. As a result, American culture and law does not equate nationality with race or ethnicity, but with citizenship and permanent allegiance.

Northwestern University (NU) is a private research university based in Evanston, Illinois, United States, with other campuses located in Chicago and Doha, Qatar, and academic programs and facilities in Miami, Florida; Washington, D.C.; and San Francisco, California. Along with its undergraduate programs, Northwestern is known for its Kellogg School of Management, Pritzker School of Law, Feinberg School of Medicine, Bienen School of Music, Medill School of Journalism, and McCormick School of Engineering and Applied Science.

Born in New York City, Dekel studied economics and statistics at Tel Aviv University before earning a PhD in economics from Harvard University under supervision of Andreu Mas-Colell.

The Econometric Society is an international society of academic economists interested in applying statistical tools to their field. It is an independent organization with no connections to societies of professional mathematicians or statisticians. It was founded on December 29, 1930, at the Stalton Hotel in Cleveland, Ohio. As of 2014, there are about 700 Elected Fellows of the Econometric Society, making it one of the most prevalent research affiliations. 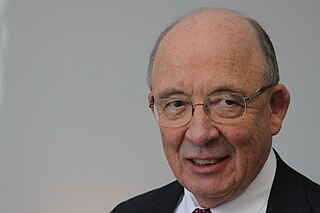 Israel’s entry for the Eurovision Song Contest 2006 was Together We Are One by Eddie Butler, who had previously represented Israel in the 1999 European Song Contest.

Christopher Albert "Chris" Sims is an American econometrician and macroeconomist. He is currently the John J.F. Sherrerd ’52 University Professor of Economics at Princeton University. Together with Thomas Sargent, he won the Nobel Memorial Prize in Economic Sciences in 2011. The award cited their "empirical research on cause and effect in the macroeconomy".

Tim Peter Bollerslev is a Danish economist, currently the Juanita and Clifton Kreps Professor of Economics at Duke University. A fellow of the Econometric Society, Bollerslev is known for his ideas for measuring and forecasting financial market volatility and for the GARCH model. He is editor of the Journal of Applied Econometrics.

Marc Leon Nerlove is an American economist specialized in agricultural economics and econometrics. He is currently Professor of Agricultural and Resource Economics at the University of Maryland. In 1964 he was elected as a Fellow of the American Statistical Association. In 1969 he was awarded the John Bates Clark Medal for his contributions to economics. In 2012, he was elected Distinguished Fellow of the American Economic Association. 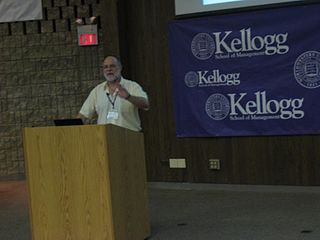 Sergiu Hart is an Israeli mathematician and economist and the past President of the Game Theory Society (2008–2010). He is the Kusiel-Vorreuter University Professor, Professor of Mathematics, and Professor of Economics, at the Center for the Study of Rationality at the Hebrew University of Jerusalem in Israel.

Israel entered the Eurovision Song Contest 1992 with the song "Ze Rak Sport" by Dafna Dekel after she won the Israeli national final.

Jianqing Fan is a statistician and financial econometrician. He is currently the Frederick L. Moore '18 Professor of Finance, a Professor of Statistics, and a former Chairman of Department of Operations Research and Financial Engineering (2012–2015) at Princeton University. He is also the dean of the School of Data Science at Fudan University since 2015.

Steven Neil Durlauf is an American economist. He is currently Steans Professor of Educational Policy at the Harris School of Public Policy Studies at the University of Chicago. Durlauf was previously the William F. Vilas Research Professor and Kenneth J. Arrow Professor of Economics at the University of Wisconsin-Madison. Durlauf's research has spanned topics from economic theory to econometrics to empirical analyses to philosophy. His research in economic theory has involved the integration of sociological ideas into economic models and the use of statistical mechanics methods to study aggregate behavior when social influences are present. His primary econometric research has focused on the determination of conditions under which the impact of social factors on individual choices can be identified from the sorts of data available to social scientists. His primary substantive research areas are poverty, inequality, and economic growth.

Kyle Bagwell is an American economics professor. He is known for contributions to industrial organization and international trade. 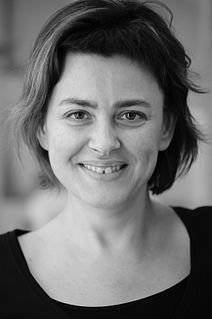 Tal Dekel is an art historian, curator and academic. Her work deals with modern and contemporary art in Israel and around the world. Her research focuses on issues of visual culture, analyzing its interrelations with race, class, gender, sexuality and nationality, while using feminist theories and transnationalism. Her recent research revolves around case studies of women immigrants from the Former Soviet Union, Ethiopia and the Philippines in Israel.