The league was formed in 1980 from a merger of the Monmouthshire Senior League and the Gwent Premier League. 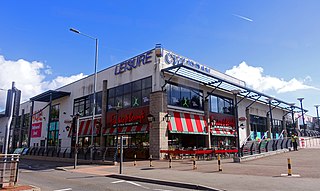 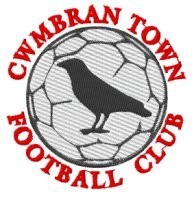 Cwmbrân Town Football Club is a Welsh football team based in Cwmbran, South Wales, that competes in the Gwent County League Premier Division, the fifth tier of the Welsh football league system.

Albion Rovers Football Club are a football team based in the city of Newport, South Wales who play in the Gwent County League Premier Division.

Glyn Garner is a Welsh international footballer who plays for Taff's Well as a goalkeeper.

Newport YMCA Association Football Club were a football team based in the city of Newport, South Wales.

Croesyceiliog Association Football Club is a football club playing in Croesyceiliog, Cwmbran, Wales. The team play in the Ardal Leagues South East, tier 3 of the Welsh football pyramid. The club was formed in 1964 as a youth team for pupils of Croesyceiliog School. It later entered a senior team in the Newport and District Football League and reached the Welsh Football League for the first time in 2004.

Caldicot Town Athletic Football Club is a Welsh football club. The team play in the Ardal Leagues South East, tier 3 of the Welsh football pyramid. They are based in the town of Caldicot, Monmouthshire and have a long running rivalry with nearby team based 5.8 miles away, Chepstow Town AFC.

Monmouth Town Football Club is a Welsh football club based in the historic town of Monmouth. The club plays in the Ardal Leagues South East, tier 3 of the Welsh football pyramid.

Newport Civil Service F.C. is a football club based in the Bettws area of the City of Newport, South Wales. The team currently play in the Gwent County League.

Christian Rhys Doidge is a Welsh professional footballer, who plays for Scottish Premiership club Hibernian as a striker. Doidge played in the youth systems of Southampton and Bristol Rovers, but temporarily gave up football and played representative basketball instead. He resumed his football career in the Welsh leagues with Cwmbran Celtic, Croesyceiliog, Barry Town and Carmarthen Town. He then moved into English league football with Dagenham & Redbridge, and has since played for Forest Green Rovers and Bolton Wanderers.

The East Gwent Association Football League is a football league covering the eastern part of the preserved country of Gwent. It is affiliated to the Gwent County Football Association. The leagues are at the eighth and ninth levels of the Welsh football league system.