Henry Edward Millar Smith (born 14 May 1969) is an English Conservative Party politician. He was Leader of West Sussex County Council from 2003 to 2010. He is the Member of Parliament (MP) for Crawley, having been first elected in the 2010 general election. [4]

Smith was born on 14 May 1969 in Epsom, Surrey. He was privately educated at Chinthurst School, Tadworth, Surrey – at the time a boys' preparatory school – then at Frensham Heights School, a co-educational independent school in Farnham in Surrey, followed by University College London, where he obtained a B.A. in Philosophy. [5]

Smith stood unsuccessfully as the Conservative candidate in the Pound Hill South ward of Crawley Borough Council in 1996. However, he was elected in 2002 as a Conservative Councillor for Pound Hill North Ward. He served until the next election in May 2006, when he did not stand again. [6] Smith stood as the Conservative Party candidate for Furnace Green ward on West Sussex County Council and was elected in 1997, before being re-elected in the same ward in 2001 and then elected in Pound Hill Worth & Maidenbower ward in 2005 and 2009. [7] He became Leader of the Council in 2003 at the age of 34, becoming the youngest county council leader in the country. At the time he also worked for a property investment business based in Crawley in West Sussex. [5]

Smith was the Chairman of the South East Counties Leaders Group (latterly South East Strategic Leaders) from 2007 to 2010, and has previously served as a Governor at The Oaks, The Brook, and Oriel High schools in Crawley. He co-wrote the 2005 publication Direct Democracy.

Smith stood unsuccessfully as the Conservative candidate for Crawley at the General Election in 2001 and 2005. He stood against the incumbent MP Laura Moffatt, the second time achieving the highest national swing from Labour to the Conservatives, reducing the majority to 37, the smallest in the country. [8] He was subsequently elected to Parliament at the 2010 general election. Following his election as Crawley MP he resigned as a West Sussex County Councillor on 1 September 2010. [9] He was re-elected at the 2015 general election and 2017 general election.

Smith is a Eurosceptic who supported backbench calls for an early referendum on exiting the EU. He repeatedly denied rumours linking him to a possible defection to UKIP in 2014, insisting he supported the Conservatives' other policies and felt they were the best option for a referendum on the EU. [10]

Smith said that getting a new hospital in the Pease Pottage area remained his "top issue" and was something he had raised in Parliament after constituents had criticised a lack of progress on the issue. [11]

Gatwick Airport lies within his constituency and he has frequently spoken in favour of improved rail links to the airport [12] and the reduction or abolition of Air Passenger Duty. [13] On the airport's 2018 plans to expand and use its emergency runway for departure flights, Smith has said: "Crawley’s prosperity depends on the success of Gatwick Airport and the publication of this new draft master plan goes a long way to securing future growth in the town. I have always supported the airport growing within its existing boundaries." [14] [15] Despite this, he voted against the expansion of Gatwick in favour of Heathrow.

His parliamentary candidacy at the 2015 general election was personally endorsed by Queen guitarist Brian May on the grounds of his animal welfare record. May had worked with him in opposing the government's badger culling. [16] In parliament, Smith has also spoken against the export of live animals, the import of foie gras, the ivory trade, fur clothing and animals in circuses. He has spoken in favour of CCTV in slaughterhouses, the reduction of the use of animals in scientific experiments and for increased criminal penalties for animal cruelty. [17]

Smith has frequently spoken up for the rights of the expelled Chagos Islanders, many of whom live in his constituency. [18] In January 2018 he introduced the private members' British Indian Ocean Territory (Citizenship) Bill to enable the islanders and their descendants to claim British Overseas Territory citizenship. [19] [20]

On 6 September 2013, while the St. Petersburg G20 Summit was ongoing, Smith referred to Russian President Vladimir Putin as a "tosser" on Twitter, following reports of an unnamed Russian official having described Britain as "small and unimportant." [22] Smith subsequently said he stood by his comments, arguing that although it was "difficult to get a serious point across in 140 characters" the serious point was that Putin was an "absurd character who is responsible for some serious breaches of human rights". [23]

In 2018, Smith hosted the launch of PAWS - The Policty for Animal Welfare. Created by Cher Chevalier and Judith Clegg the policy provides further suggested steps to improve and fully enforce Animal Welfare Law. [24]

Having previously criticised the government's conduct of the Brexit negotiations, [25] he submitted a letter of no confidence in the Conservative Party leader Theresa May on the day after publication of the draft withdrawal agreement between the UK and the EU. [26]

In October 2019, Smith revealed that he had been targeted with threats and stalking, including threats against his children. In one incident, his children's school was publicised on anarchist and left-wing websites. [27]

Henry Smith was divorced in 2017. He has a daughter and a son.[ citation needed ] 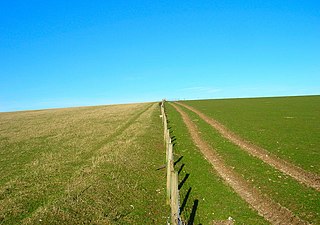 Mid Sussex is a local government district in the English non metropolitan county of West Sussex, within the historic county of Sussex. It contains the towns of East Grinstead, Haywards Heath and Burgess Hill. 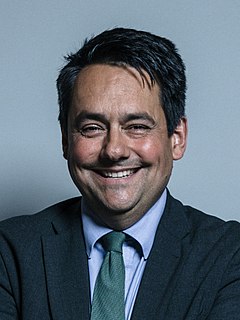 Sir Arthur Nicholas Winston Soames, sometimes known as Nick Soames, is a British politician who served as the Member of Parliament (MP) for Mid Sussex from 1997 to 2019. He was first elected to Parliament in 1983 for Crawley and sat as a Conservative until 3 September 2019 when he had the whip removed after voting against the government. He subsequently began to sit as an independent MP until he had the Conservative whip restored on 29 October.

Adrian John Flook is a British Conservative politician, and a former Member of Parliament (MP).

Michael Jabez Foster is a former Labour Party politician in the United Kingdom who was the Member of Parliament (MP) for Hastings and Rye from 1997 until 2010. He was the Minister for Equalities, responsible for the progress of the Government's Equalities Bill through the House of Commons, a role he held since June 2009. 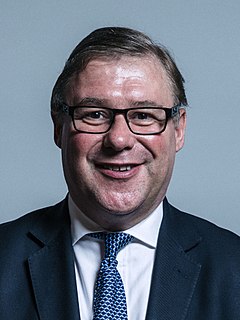 Mark Gino Francois is a British politician and former lobbyist serving as Deputy Chairman of the European Research Group (ERG) since 2018. A member of the Conservative Party, he has been the Member of Parliament (MP) for Rayleigh and Wickford since 2010. Francois was first elected as the MP for Rayleigh in 2001.

Charles Hendry is a British Conservative Party politician. Formerly the member of parliament for High Peak between the 1992 and 1997 general elections, he was returned as the MP for Wealden in 2001. In May 2010 he was appointed Minister of State for the Department of Energy and Climate Change and served until 2012. He stood down at the 2015 general election.

Andrew Francis Slaughter is a British Labour Party politician who was elected as Member of Parliament (MP) for Hammersmith in 2010.

Luton South is a constituency in Bedfordshire represented in the House of Commons of the UK Parliament since 2019 by Rachel Hopkins, a member of the Labour Party.

Crawley is a constituency represented in the House of Commons of the UK Parliament since 2010 by Henry Smith of the Conservative Party. 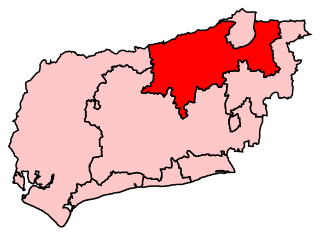 Horsham is a constituency centred on the satellite town to London, its rural district and part of another rural district in West Sussex represented in the House of Commons of the UK Parliament between 1997 and 2015 by Francis Maude, and since 2015 by Jeremy Quin, both of the Conservative Party.

Mid Sussex is a constituency represented in the House of Commons of the UK Parliament from 2019 by Mims Davies..

Langley Green & West Green is an electoral division of West Sussex in the United Kingdom, and returns one member to sit on West Sussex County Council. 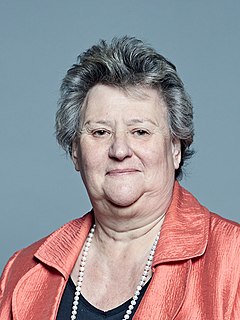 Heather Kay Wheeler is a British Conservative Party politician, who was first elected at the 2010 general election as the Member of Parliament (MP) for South Derbyshire, taking the seat from the Labour Party after 13 years. She served as Parliamentary Under-Secretary of State at the Ministry of Housing, Communities and Local Government from January 2018 to July 2019. She is currently serving as the Parliamentary Under-Secretary of State for Asia and the Pacific in the Johnson administration.

William James Quince is a British Conservative Party politician and former lawyer. He was first elected at the 2015 general election as the Member of Parliament (MP) for Colchester, replacing the incumbent Liberal Democrat MP Sir Bob Russell. From 2011 to 2016, Quince was a borough councillor for Prettygate ward in Colchester.

Damien Moore is a British Conservative Party politician. He is the Member of Parliament (MP) for Southport and a former Councillor on Preston City Council. He was elected in the 2017 general election with a majority of 2,914 votes, taking a seat previously held by Liberal Democrat John Pugh until his retirement.