The Israeli Basketball League Cup is a pre-season professional basketball tournament that is contested between clubs. It has been held in Israel since 2006. It is held during the week before the start of the Israeli Premier League season. The Israeli League Cup tournament is currently sponsored by Pais Lotto, and therefore it is officially known as the Chance Cup. Previously, the tournament was sponsored by the Toto Winner Organization, and it was known as the Winner Cup, from 2006 to 2009. In 2010, it had no sponsor, and therefore the tournament was named Basketball League Cup.

The top eight teams of the previous season's Israeli Premier League compete in this tournament. The tournament uses the knockout system. The teams are scheduled according to their positions in Israel's Premier League.

Teams shown in italics are no longer in existence. 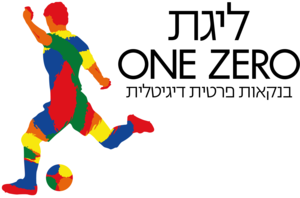 The Israeli Premier League, officially The Tel Aviv Stock Exchange League for sponsorship purposes, is a professional association football league which operates as the highest division of the Israeli Football League – the state's league of Israel. The league is contested by 14 clubs, and operates on a system of promotion and relegation with its second division Liga Leumit. Seasons run from August to May, with teams playing between 33 and 36 matches each, totalling 240 matches in every season.

Hapoel Ironi Kiryat Shmona Football Club is an Israeli football club based in Kiryat Shmona. The club are currently members of the Israeli Premier League and play at the Ironi Stadium. They won their first league title in 2011–12. 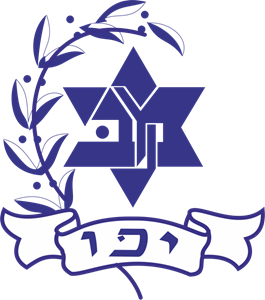 Maccabi Jaffa Football Club was one of the first football teams in Israel. It was founded in 1950 as "Zionist association of Maccabi Jaffa," by Jewish immigrants from Bulgaria.

Hapoel Holon B.C. is a professional basketball club that is based in Holon, Israel. Holon plays in the Israeli Basketball Premier League, which is the top level division of Israeli pro club basketball. The club won their first Israeli Basketball Premier League national championship in 2008, after beating the perennial league champions Maccabi Tel Aviv in the competition's Final Four.

Hapoel Gilboa Galil is a professional basketball club that is based in north-east Israel. The club plays its home Israeli Basketball Premier League games in a 2,500-seat stadium in Gan Ner in the Galilee.

The 2008–09 Toto Cup Al was the twenty-seventh season of the third most important football tournament in Israel since its introduction and fifth under the current format. It was held in two stages. First, twelve Premier League teams were divided into three groups. The winners and runners-up, as well as two best third placed teams from each group, advanced to the Quarterfinals. Quarterfinals and Semifinals were held as two-legged matches, while the Final was one-legged match held at Ramat Gan Stadium. The defending champions were Maccabi Haifa. Maccabi Tel Aviv won the 2008–09 Toto Cup Al making it their third Toto Cup title overall.

The Israeli Basketball Super League (BSL) 2008-2009 season was the 55th season of the top basketball league in Israel. The season began on 26 October 2008 and ended on 21 May 2009. Maccabi Tel Aviv won its 48th league title, defeating Maccabi Haifa Heat 85-72 in the final. The defending champion was Hapoel Holon.

The 2008 Israeli Basketball League Cup, for sponsorship reasons Winner Cup 2008, was the 3rd edition of the Israeli Basketball League Cup pre-season tournament. It was played between 12 October and 16 October at Malha Arena in Jerusalem and at Gan Ner Arena in Gan Ner. Hapoel Jerusalem has won the cup after beating Ironi Nahariya 84-69 in the final. MVP was Timmy Bowers.

The 2012–13 Toto Cup Al was the 29th season of the third important football tournament in Israel since its introduction and the 9th tournament involving Israeli Premier League clubs only.

In Israel, basketball is a popular sport, with a multi-tiered professional club league system, as well as men's and women's national teams.

Chris Watson is an American–Israeli former basketball player, who has played on the Israel national basketball team, and whose positions have been power forward and center. He is 6' 7" (200 cm) tall.

Michael Carter is an American-Israeli former basketball player. He played the forward and center positions. He played for 11 seasons in the Israeli Basketball Premier League.