Janardhanan Nair (born 5 May 1946) is an Indian actor, producer and a former Indian Airforce personnel who predominantly acts in Malayalam films. [2] He acted in his first feature film Adyathe Kadha , directed by K. S. Sethumadhavan in 1971, he acted in more than 700 films. He started his career when Malayalam films were made in black and white. He is known for his style of handling humour and his iconic voice. He started his career playing brusque villains and sub hero roles in the 1970s and early 1980s, acting along with Prem Nazir and Jayan, but later established himself as a highly sought-after comedian.

The turning point of his career was his role in the 1988 film Oru CBI Diary Kurippu , which brought out his comic skills. However, he was typecast as a comedian only after the 1993 film Meleparambil Aanveedu . Mimicry artists perform with his noted role of Garvasis Aashan in Mannar Mathai Speaking (1995). But along with comic roles, he had done serious roles like D.I.G Marar in Dhruvam and Jayashankar in Mafia . Apart from stereotyped Hindu/Muslim/Christian characters, he has the distinction of portraying a Sikh and a Jewish character.

Janardhanan was born in the village of Ullala near Vaikom in May 5, 1946 to Kollarakkattu Veettil Paravoor K. Gopala Pillai and Gouri Amma, as their youngest son. He has four brothers and three sisters. [3] He had his primary education from NSS High School, Vechoor and pre-university from NSS Hindu College, Changanacherry. Later, he joined the Indian Air force for a short period. After two years in 1967, he joined Veluthampi Memorial N S S College, Dhanuachapuram Neyyattinkara for B. Com. He debuted in a Family Planning documentary Prathisanthi, directed by Adoor Gopalakrishnan, recommended by lecturer Sreevaraham Balakrishnan. He turned down the offer of bank employment and became Production Manager for Chemparathi, produced by S. K. Nair and directed by P. N. Menon. After that, he worked with Kakkanadan and V. B. C. Nair for Malayalanadu weekly. Then SK Nair sent him to Madras to take charge in his Madras office. While working there, he got an opportunity to act in Aadhyathe Katha in 1972. [4]

He is married to Vijayalaksmi and they have two daughters: Rema Ranjini and Laxmi. [5] 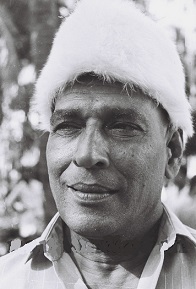 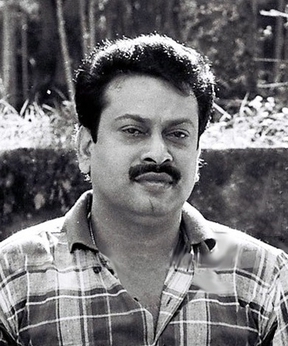 Padmadalakshan, better known by his stage name Kuthiravattam Pappu, was a popular Indian stage and film actor. His repertoire of acting was based on his unique style and use of the Kozhikodan dialect, impeccable timing and the capability to grasp the subtle nuances of any character and mould it into his signature "Pappu style". He acted in over a thousand Malayalam films. He made his debut in a small comic role in Bhargavi Nilayam. His character was called ‘Kuthiravattom,’ a name that stuck for the rest of his career. 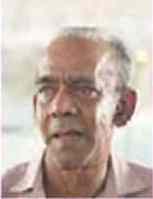 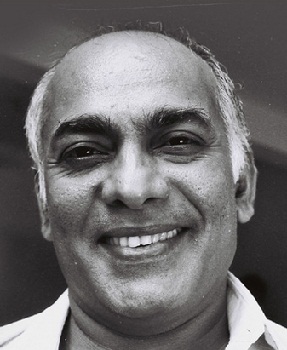 C. I. Paul was a Malayalam film and television actor.