This is a list of artists currently or formerly signed under the Avex Group and its sub-labels in Japan and in other Asian countries. International artists that are listed here have their music distributed in Japan by Avex Group or its sub-labels. 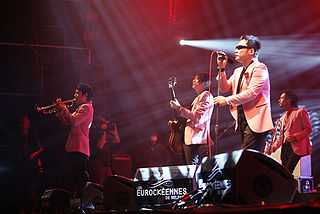 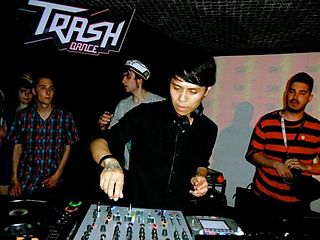 Shinichi Osawa, better known by his stage name Mondo Grosso, is a Japanese musician, DJ, record producer and composer currently signed onto Avex Trax's Rhythm Zone label. Previously he was signed to Sony Music Japan's FEARLESS RECORDS division and released albums under the title of Mondo Grosso. Over the course of his career he has worked in genres from acid jazz to house, with strong influences of underground club music, though his recent work has been in the genre of electro house. HMV Japan rated Mondo Grosso at #95 on their "Top 100 Japanese Pop Artists" and Shinichi Osawa is ranked as Japan's #1 electro house DJ and Japan's #3 overall DJ by TopDeejays.com. 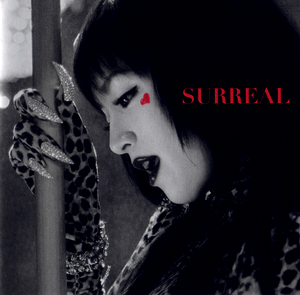 "Surreal" is a song by Japanese recording artist Ayumi Hamasaki, taken from her third studio album Duty (2000). It was written by Hamasaki and produced by Max Matsuura. The song is a rock with elements of alternative rock. "Surreal" describes Hamasaki's madness and sense of confusion, while the themes of "Surreal" are based on Hamasaki's concept of loneliness, chaos, confusion, and the burden of her responsibilities, aimed mostly toward her public image as a recording artist. It was released as the fourth single from the album on 27 September 2000 by Avex Trax and Avex Taiwan. 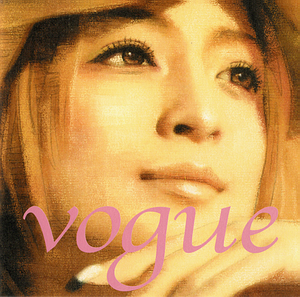 "Vogue" is a song recorded by Japanese recording artist Ayumi Hamasaki for her third studio album, Duty (2000). It was written by Hamasaki, while production was handled by Max Matsuura. It premiered on April 26, 2000 as the lead single from the album. Her third consecutive lead single to be produced by Matsuura, the song is part of a trilogy from Duty; the other two singles being "Far Away" and "Seasons".

"Take Back" is a song recorded by Japanese singer-songwriter Kumi Koda, taken as her debut and lead single from her first studio album Affection (2002). It was released on December 6, 2000 via Rhythm Zone in two physical editions; a CD single and 12" vinyl. Additionally, Sounday and Orpheus Records distributed the song in North America in May 2001 with four more formats, but was remixed as a dance number by Jonathan Peters. The track was written by Koda herself, composed by Kazuhito Kikuchi and produced by Max Matsuura. The result was finalized after she had won a competition to find another artist for the Avex Trax company, which later published Rhythm Zone under Matsuura's guidance.

Asuka Hinoi is a Japanese singer and actress.

"Rule/Sparkle" is a double A-side single by Japanese recording artist Ayumi Hamasaki from her tenth studio album, NEXT LEVEL' (2009). The song was released on a CD and DVD format on February 25, 2009 as the second single from the album. With "Rule" composed by Miki Wantanabe and "Sparkle" composed by Kazuhiro Hara, both songs were written by Hamasaki and produced by long-time collaborator Max Matsuura. "Rule" was used as the international theme song for the 2009 film Dragonball Evolution.

Dsign Music is a Latin Grammy-nominated songwriting/production team originally from Trondheim, Norway. Dsign Music was formed in 2005 by Robin Jenssen, Anne Judith Stokke Wik, Nermin Harambašić and Ronny Vidar Svendsen. Since the beginning they have been involved in numerous #1 singles worldwide, a total of 40 #1's on different Billboard Charts and multiple platinum and diamond albums. Dsign Music are also involved in other ventures such as music publishing, musicals, TV-shows, music applications and movie scores. The team was signed to a publishing deal with Universal Music Publishing Group from 2008 to 2016, they are now signed to a division of CTGA, called EKKO Music Rights, which they co-founded with Lee Soo-man. Dsign Music is represented worldwide by SESAC since 2015.

Bratt Sinclaire is an Italian Eurobeat/Italo disco producer. He has produced a countless number of tracks for the Super Eurobeat series, the world's longest running series of dance compilation albums. He is the founder and owner of the dance music record label SinclaireStyle and one of the three co-founders of Delta, one of the most known Eurobeat record labels. 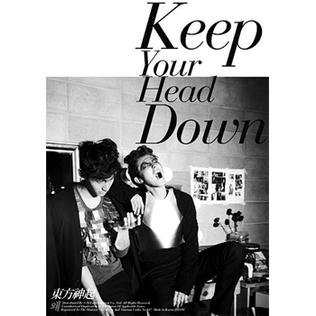 Keep Your Head Down is the fifth Korean studio album by South Korean pop duo TVXQ, released on January 5, 2011 by S.M. Entertainment. Recording and writing for the album roughly began in the summer of 2010, but full production did not begin until August 2010, after U-Know Yunho and Max Changmin debuted their first performance as a duo at the SM Town Live '10 World Tour concert in Seoul, South Korea. 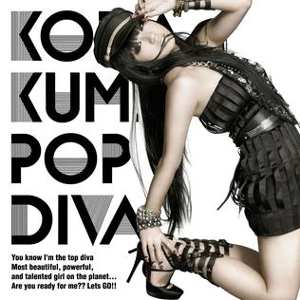 "Pop Diva" is a song recorded by Japanese musician Kumi Koda, taken as the fourth and final single from her ninth studio album Dejavu (2011). It premiered on February 2, 2011 by Rhythm Zone and Avex Music Creative Inc. in two physical formats and for digital consumption. The song was written, composed, arranged and produced by musical artist Lil' Showy, making it one of few tracks from Dejavu to not be written by Koda. 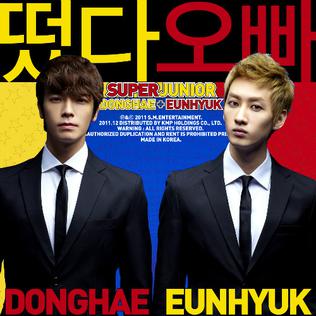 Oppa, Oppa is a digital single by Super Junior sub-group, Donghae&Eunhyuk. It was released on-line on 16 December 2011 by SM Entertainment and distributed by KMP Holdings. 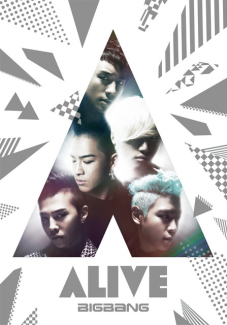 Alive is the fourth Japanese studio album by South Korean boy band Big Bang. It was released on March 28, 2012 including 10 songs: 4 Japanese versions, 2 new songs and 4 songs already released in Korean from the EP of same name. The album is the first release of the group under the label YGEX, a partnership between the Korean agency YG Entertainment with the Japanese label Avex Trax. The album was re-released on June 20 under the name "Alive -Monster Edition-". It included 9 songs of the Alive original album, 1 Japanese version and 2 songs released in Korean.

Shoebox is the eighth studio album by the South Korean hip hop group Epik High. The album was released online on October 21, 2014, and physically on October 22, 2014, by YG Entertainment. "Spoiler" and "Happen Ending" served as the title tracks for the album. 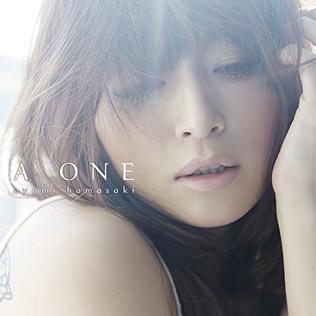 A One is the sixteenth full-length studio album recorded by Japanese singer Ayumi Hamasaki. It was released on April 8, 2015 by Avex Trax. It reached #4 on the Oricon charts.