Little J & Big Cuz is an Australian animated television series first screened on the NITV network in 2017. The 13-part series is directed by Tony Thorne and produced by Ned Lander and developed with The Australian Council for Educational Research. It was written by Beck Cole, Jon Bell, Erica Glynn, Danielle Maclean, Bruce Pascoe and Dot West with creative input from Margaret Harvey, Leah Purcell and Adrian Wills. [1]

Little J is five and has just started school. His older female cousin, Big Cuz, is ten. They are a couple of Indigenous Australian kids living with their Nanna and Old Dog, who also narrates. The gaps in Nanna's ramshackle fence lead to Saltwater, Desert and Freshwater Country. With the help of Nanna and their teacher Miss Chen, Little J and Big Cuz are finding out all about culture, community and country. [4]

22 episodes are available in Aboriginal languages, [5] including:

Designed as a school readiness Initiative, the series was accompanied by the publication of educational resources designed for preschool and early years teachers. [7] In 2018, educational researchers reviewed the use of Little J and Big Cuz in early childhood, preschool and junior primary settings, producing a series of case studies about the use of the series as a transition to school resource. The research was funded by the Dusseldorp Forum. [8]

Arthur is a Canadian-American animated educational television series for children ages 4 to 8, created by Cookie Jar Group and WGBH for PBS. The show is set in the fictional American city of Elwood City, and revolves around the lives of eight-year-old Arthur Read, an anthropomorphic aardvark, his friends and family, and their daily interactions with each other. 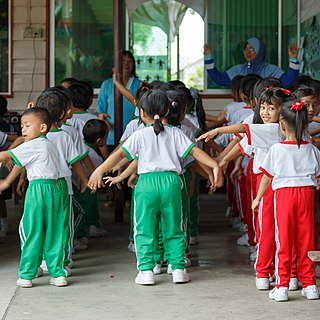 Blue's Clues is an American live-action/animated educational children's television series that premiered on Nickelodeon's Nick Jr. Block on September 8, 1996. Producers/creators Angela Santomero, Todd Kessler, and Traci Paige Johnson combined concepts from child development and early-childhood education with innovative animation and production techniques that helped their viewers learn. The show was originally hosted by Steve Burns, who left in 2002 and was replaced by Donovan Patton as Joe until 2006. The show follows an animated blue-spotted dog named Blue as she leaves a trail of clues/paw prints for the host and the viewers, in order to figure out her plans for the day. Blue's Clues became the highest-rated show for preschoolers on American commercial television and was critical to Nickelodeon's growth. It has been called "one of the most successful, critically acclaimed, and ground-breaking preschool television series of all time." A spin-off called Blue's Room premiered in 2004. 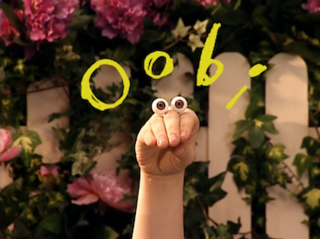 Oobi is an American children's television series created by Josh Selig for Nickelodeon and its sister channel Noggin. The show follows the everyday adventures of four bare hand puppet characters with eyes and accessories. It began in 2000 as a series of two-minute interstitial shorts commissioned by Noggin, which was jointly owned by Nickelodeon and Sesame Workshop at the time. For its second season, it became a long-form series, with episodes lasting 13 minutes each. The last new episode aired on February 11, 2005. The show has three seasons: the first season of shorts and two later seasons of long-form episodes.

Playhouse Disney is a former brand for a slate of programming blocks and international cable and satellite television channels that were owned by the Disney Channels Worldwide unit of The Walt Disney Company's Disney–ABC Television Group. It originated in the United States as a morning program block on the Disney Channel. Its programming was targeted at children ages 2–6, featuring a mix of live-action and animated series.

Pre-kindergarten or pre-school is a voluntary classroom-based preschool program for children below the age of five in the United States, Canada, Turkey and Greece. It may be delivered through a preschool or within a reception year in elementary school. Pre-kindergartens play an important role in early childhood education. They have existed in the US since 1922, normally run by private organizations. The U.S. Head Start program, the country's first federally funded pre-kindergarten program, was founded in 1967. This attempts to prepare children to succeed in school.

Universal preschool is an international movement to use public funding to ensure high quality preschool (pre-k) is available to all families. Schools rate their education systems on academic performance of their students and compare them to schools nationwide as well as globally. There is a constant competitive drive for schools to be among the top in performance and achievement. Introducing a universal preschool program would allow for young children of different socioeconomic backgrounds to build and improve their academic and social skills to better prepare them for kindergarten and the rest of their academic career. Additionally, The introduction of universal preschool would allow for many financially struggling families to send their children to preschool which would allow for many women to enter or re-enter the workforce.

Palawa kani is a constructed language created by the Tasmanian Aboriginal Centre as a composite Tasmanian language, based on reconstructed vocabulary from the limited accounts of the various languages once spoken by the eastern Aboriginal Tasmanians. The Centre wishes to keep the language private until it is established in the community, and claims copyright. However, languages are not copyrightable under Australian or international law.

Sid the Science Kid is an American half-hour computer-animated series on PBS Kids. It aired from September 1, 2008 to March 25, 2013, with a total of 68 half-hour episodes produced over two seasons. The computer generated show is produced by The Jim Henson Company and PBS member KCET in Los Angeles, California using the Henson Digital Puppetry Studio. The show is produced by motion capture which allows puppeteers to voice digitally animated characters in real time.

In 1969, the children's television show Sesame Street premiered on the National Educational Television network in the United States. Unlike earlier children's programming, the show's producers used research and over 1,000 studies and experiments to create the show and test its impact on its young viewers' learning. By the end of the program's first season, the organization founded to oversee Sesame Street production, Children's Television Workshop (CTW), had developed what came to be called "the CTW model": a system of planning, production, and evaluation that combined the expertise of researchers and early childhood educators with that of the program's writers, producers, and directors. 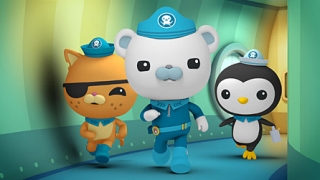 The Octonauts is a British children's television series, produced by Silvergate Media for the BBC channel CBeebies, and based on the children's books written by Vicki Wong and Michael C. Murphy.

The broadcast of children's programming by terrestrial television stations in the United States is regulated by the Federal Communications Commission (FCC), under regulations colloquially referred to as the Children's Television Act (CTA), the E/I rules, or the Kid Vid rules. Since 1997, all full-power and Class A low-power television stations have been required to broadcast at least three hours per-week of programs that are specifically designed to meet the educational and informative (E/I) needs of children aged 16 and younger. There are also regulations on advertising in broadcast and cable television programming targeting children 12 and younger, including limits on ad time, and prohibitions on advertising of products related to the program currently airing.

Daniel Tiger's Neighborhood is an American-Canadian flash animated musical children's television series produced by Fred Rogers Productions, 9 Story Media Group and Out of the Blue Enterprises. It debuted on September 3, 2012 on PBS Kids. The program, which is targeted at preschool-aged children, is based on the Neighborhood of Make-Believe from Mister Rogers' Neighborhood, the long-running family-oriented television series created and hosted by Fred Rogers that aired from 1968 to 2001. In 2019, the series was renewed for a fifth season, which premiered on August 17, 2020 with Daniel Tiger's Neighborhood: Won't You Sing Along with Me? a musical special that deals with the COVID-19 pandemic.

Jarjums is an Australian television series for preschoolers which screens on NITV. The series is dedicated to kids and kids at heart we have fun and educational Indigenous and First Nations content from Australia and around the world. The series was originally screened on Imparja and the Nine Network. 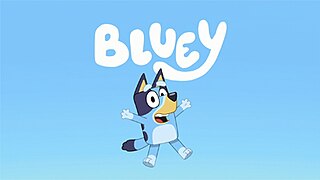 Bluey is an Australian animated television series for preschool children that premiered on ABC Kids on 1 October 2018. The program was created by Joe Brumm with Queensland production group Ludo Studio. It was co-commissioned by the Australian Broadcasting Corporation and the British Broadcasting Corporation, with BBC Studios holding global distribution and merchandising rights. The series made its premiere on Disney Junior in the United States and the United Kingdom and was released internationally on Disney+.