Luxembourgish Footballer of the Year

The Luxembourgian Footballer of the Year is an award granted every season to a football player from Luxembourg's domestic top-flight National Division, rewarding the player judged to have been the most valuable to his team that season. It is awarded by the sports desk of d'Wort , Luxembourg's most-read daily newspaper. It has been awarded every year since 1988, and has been named the Guy Greffrath Challenge after Guy Greffrath, the long-time sports editor at d'Wort, since 1997. 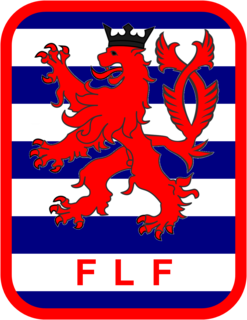 Joseph ("Josy") Barthel was a Luxembourgish athlete. He was the surprise winner of the Men's 1500 metres at the 1952 Summer Olympics, and the only athlete representing Luxembourg to have won a gold medal at the Olympics. Besides athletics, Barthel also led successful careers in both chemistry and politics. 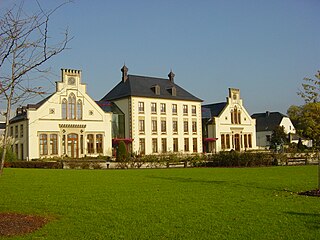 Union Sportive Rumelange, usually abbreviated to US Rumelange, is a football club, based in Rumelange, in south-western Luxembourg.

Vítor José Joaquim Pereira is a Portuguese retired footballer who played as a defensive midfielder. He is currently the manager of Mamer 32.

Pierre Olivier Piskor is a French footballer. Right-footed, Piskor currently plays as a striker for FC Differdange 03 in the Luxembourg National Division. 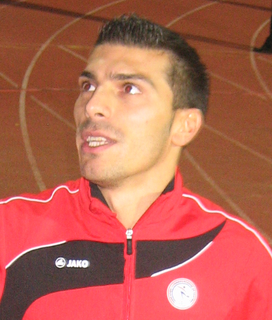 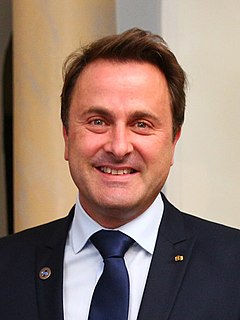 Xavier Bettel is a Luxembourg politician who has been Prime Minister of Luxembourg since 2013. He has previously served as Mayor of Luxembourg City, and was also a Member of the Chamber of Deputies.

The European School, Luxembourg II, also known as ESL2, is a European School, located on the border of the communes of Bertrange and Mamer in Luxembourg. Founded in 2004, the school prioritises, for enrolment purposes, pupils of EU staff based nearby. It is an all-through school, which offers a multilingual, multicultural education to its pupils, leading to the European Baccalaureate as its secondary leaving qualification.

General elections were held in Luxembourg on 14 October 2018. All 60 seats of the Chamber of Deputies were elected.

Danel Sinani is a Luxembourgish professional footballer who plays as a midfielder for Belgian club Waasland-Beveren, on loan from Norwich City.

Sanel Ibrahimović is a Bosnian footballer who plays for the Luxembourgish club FC Wiltz 71 as a forward.

The Stade de Luxembourg is the future national stadium of the Grand Duchy of Luxembourg, located in the Luxembourg City quarter of Gasperich. The stadium will host Luxembourg's national football and rugby teams and is to be listed as a Category 4 stadium by UEFA allowing it to host international matches. The stadium's original October 2019 target date for completion has been delayed due to slow construction progress, with its inaugural match not expected until 2021. Upon opening, it will replace the outdated Josy Barthel stadium, due for demolition.