Luxembourg 1. Division (Luxembourgish : 1. Divisioun) is the third level in the league system of Luxembourg football.

Ligue 2, also known as Ligue 2 BKT due to sponsorship by Balkrishna Industries, is a French professional football league. The league serves as the second division of French football and is one of two divisions making up the Ligue de Football Professionnel (LFP), the other being Ligue 1, the country's top football division. Contested by 20 clubs, it operates on a system of promotion and relegation with both Ligue 1 and the third division Championnat National. Seasons run from August to May, with teams playing 38 games each totalling 380 games in the season. Most games are played on Fridays and Mondays, with a few games played during weekday and weekend evenings. Play is regularly suspended the last weekend before Christmas for two weeks before returning in the second week of January.

Lega Pro Prima Divisione was the third highest football league in Italy. It consisted of 33 teams, divided geographically into two divisions of 16 and 17 teams for group A and B respectively. Until 2008 it was known as Serie C1.

The Belgian Fourth Division was the lowest nationwide division in Belgian football. The division was split into four separate leagues, A, B, C and D. The team with the most points in the four leagues together was declared the overall winner. If several league winners had the same number of points, the one with the most wins was declared champion, or if that was still tied, then the one with the best goal average was declared champion. Finally, if two teams were still equal, a single match was played on a neutral ground to determine the team to be added to the palmares. For 2016–17 the Belgian Fourth Division was replaced by the Belgian Third Amateur Division.

Division 1, branded as Ettan, which also is its common name in everyday speech, is the third level in the Swedish football league system and consists of 32 Swedish football teams. Division 1 was the second tier from 1987 to 1999, but was replaced by Superettan in 2000. It was reestablished for the 2006 season as the third tier below Superettan. 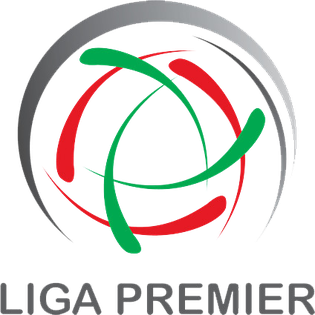 The 2005–06 Luxembourg National Division was the 92nd season of top level association football in Luxembourg. The competition ran from 7 August 2005 to 28 May 2006. The league title was won by F91 Dudelange, who also won the Luxembourg Cup to complete the Double.

The 2004–05 Luxembourg National Division was the 91st season of top level association football in Luxembourg. The competition ran from 7 August 2004 to 29 May 2005 with F91 Dudelange winning the title.

The 2003–04 Luxembourg National Division was the 90th season of top level association football in Luxembourg. The competition ran from 9 August 2003 to 16 May 2004 with Jeunesse Esch winning the title.

The 2007–08 Luxembourg National Division was the 94th season of top level association football in Luxembourg. The competition ran from August 2007 to 31 May 2008. F91 Dudelange won their fourth consecutive title.

The Daily Mirror Mid-Ulster Football League, or simply referred to as the Mid-Ulster League, is an association football league in Northern Ireland. It contains 12 divisions. These comprise two intermediate sections: the Intermediate A and Intermediate B divisions; three junior sections: Division 1, Division 2 and Division 3;Reserve Championship and four reserve sections: Reserve 1, Reserve 2 and Reserve 3 and Reserve 4