Sony has announced the discontinuation of the software by December 2017. [1]

Media Go has many features that can be used to manage and synchronise content. Advanced functionality allows music to be tagged with SensMe metadata, and support for track ratings and purchases that can be made from the PlayStation Store, Sony Xperia's PlayNow Arena or select partner stores (such as BigPond Music, for Telstra customers). Where applicable, Media Go will also automatically download and/or convert certain content (e.g. a podcast) into a suitable format. Media Go can also purchase, backup, and restore PlayStation Portable (PSP) and PlayStation Vita (PS Vita) games and other content, including digital comics; the ability to shop for and purchase PSP or PS Vita content from the PlayStation Store without a PSP or PS Vita connected to the host computer is now supported in current versions of Media Go. As of 2014, the PlayStation Store (except the Download List) is no longer available from Media Go, as it redirects to the PlayStation Store website. Game download and activation was completely disabled on October 24, 2016. [2]

Like iTunes and Windows Media Player, Media Go is also able to "rip" music from a CD and automatically download missing metadata (album artwork in particular) via Gracenote. As of 2011 [update] , Media Go cannot "rip" video from a commercial DVD or BD. Media Go also provides "drag from" behaviour: most multimedia files that are displayed can be dragged from the Media Go application to a Windows Explorer folder, an e-mail message or browser drop target. Like most competing programs though, one of Media Go's primary functions is as a computer multimedia organizer and player/jukebox, with a choice of large or compact/mini interface modes; Media Go also acts as a fully functional picture manager, similar to Microsoft's Windows Media Player.

On Media Go, you are also able to copy the media and put it on third party devices (i.e. devices not made by Sony) such as handheld game consoles, smartphones, and MP3 players. To do this you cannot copy from Media Go, you must use a different method unless you are using a PSP, PS Vita, Sony Xperia Smartphone, Sony Xperia Tablet, or Sony WALKMAN.

This software can 'watch' selected folders on a computer that a user selects, such as an iTunes folder and any changes in the designated folder will be matched in Media Go. The program also allows the user to manage imported content, so any changes made by the user (such as a change of a track name after using Gracenote) will then be saved so Media Go can properly find the newly edited file.

Version 2.2 introduced a new audio editing tool, which gives the user the ability to trim and join an audio file if desired.

One of Media Go's main advantages over competing media players is the ability to "Rip" into FLAC (Free Lossless Audio Codec) meaning users can keep a copy of their CD on their computer with no quality loss.

Version 2.7.357 was the last version to support Windows XP. 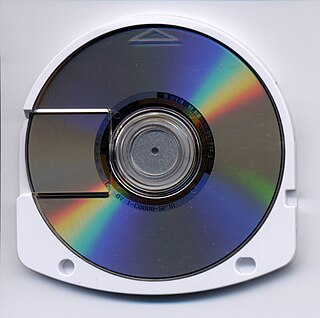 The Universal Media Disc (UMD) is a discontinued optical disc medium developed by Sony for use on their PlayStation Portable handheld gaming and multimedia platform. It can hold up to 1.8 gigabytes of data and is capable of housing video games, feature-length films, and music. UMD was the trademark of Sony Computer Entertainment for their optical disk cartridge (ODC).

SonicStage is a discontinued software from Sony that is used for managing portable devices when they are plugged into a computer running Microsoft Windows. It comprises a music player and library manager, similar to iTunes, Windows Media Player, and RealPlayer. It is used to manage the library of ATRAC OMG/OMA and MP3 recordings on a PC. It was first used in VAIO PCs put on the Japanese market in October 2001, and superseded OpenMG Jukebox. Version 2 was found on 2004 model products, and Version 3 on 2005 model products. SonicStage was required to transfer and manage music on all network-enabled Walkman digital audio players and MiniDisc players, before the software was dropped in 2007.

Media Manager for PSP is a commercial application from Sony Creative Software that managed content on the PlayStation Portable (PSP), serving a similar function to that of iTunes for a personal computer. Media Manager is able to automatically convert and copy certain types of content to a PlayStation Portable, as well as download and copy video podcasts to the device; music could be downloaded from the Sony Connect Internet-based music store, in countries where this service was offered and from version 3.x onwards, the PlayStation Store was integrated directly into the software.

The XrossMediaBar is a graphical user interface developed by Sony Computer Entertainment. The interface features icons that are spread horizontally across the screen. Navigation moves the icons, instead of a cursor. These icons are used as categories to organize the options available to the user. When an icon is selected on the horizontal bar, several more appear vertically, above and below it. They, in turn, are selectable by the up and down directions on a directional pad.

PlayStation Network (PSN) is a digital media entertainment service provided by Sony Interactive Entertainment. Launched in November 2006, PSN was originally conceived for the PlayStation video game consoles, but soon extended to encompass smartphones, tablets, Blu-ray players and high-definition televisions. As of April 2016, over 110 million users have been documented, with 109 million of them active monthly as of the end of March 2021.

LocoRoco Midnight Carnival is a platform game developed and published by Sony Computer Entertainment for the PlayStation Portable. The game was released in 2009 as a PlayStation Network exclusive, and is a spin-off that continues the story of LocoRoco 2. 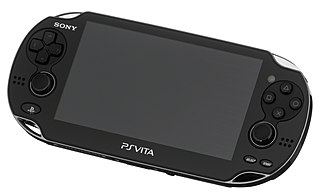 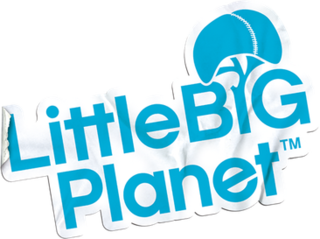 LittleBigPlanet (LBP) is a puzzle platform video game series created by British developer Media Molecule and published by Sony Computer Entertainment on multiple PlayStation platforms. Most games in the series put a strong emphasis on user-generated content and are based on the series' tagline "Play, Create, Share". The tagline represents the three core elements of the series: playing alone or with others locally or online, creating new content using the in-game creation tools, and sharing creations and discoveries online with other players.

Sony has released a number of previously released PlayStation video games, remastered in high-definition (HD) for their newer consoles, a form of porting. A number of related programs exist, the most prominent two being "Classics HD" and "PSP Remasters". The former consists of multiple PlayStation 2 games compiled on one Blu-ray Disc. The latter are individual PlayStation Portable games republished on Blu-ray. These games are not direct ports, but remastered versions in high-definition, to take advantage of the newer consoles' capabilities. The remastering of the games include updated graphics, new textures, and Trophy support, and some of the remastered games released on PlayStation 3 have included 3D and PlayStation Move support. Some HD remasters have also been released individually or in bundles as downloads on the PlayStation Store; others are released exclusively as downloads. 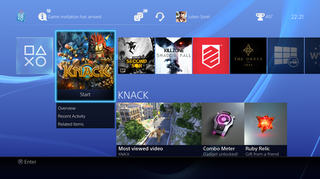