All NRK's radio stations are gradually digitized during 2017 and transmitted via DAB+ and internet only.

Its notable programs include P3 Sessions that airs own-produced concerts live. Started in 2003, it has an average of 100,000 listeners. 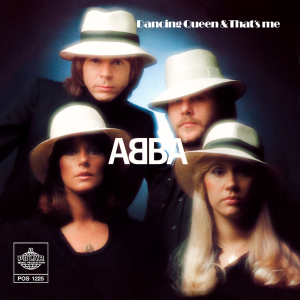 "Dancing Queen" is a Europop and disco song by the Swedish group ABBA, released as the lead single from their fourth studio album, Arrival (1976). It was written by Benny Andersson, Björn Ulvaeus and Stig Anderson. Andersson and Ulvaeus also produced the song. "Dancing Queen" was released as a single in Sweden on 15 August 1976, followed by a UK release and the rest of Europe a few days later. It was a worldwide hit. It became ABBA's only number one hit in the United States, and topped the charts in Australia, Canada, the Netherlands, Belgium, Ireland, Mexico, New Zealand, Norway, South Africa, Spain, Sweden, the United Kingdom, West Germany and Rhodesia. "Dancing Queen" also reached the top five in many other countries.

Eurodance is a genre of electronic dance music that originated in the late 1980s in Europe. It combines many elements of hip hop, techno, Hi-NRG, house music, and Euro disco. This genre of music is heavily influenced by the use of rich vocals, sometimes with rapped verses. This, combined with cutting-edge synthesizers, strong bass rhythm and melodic hooks, establishes the core foundation of Eurodance music.

Peter Michael Tong, is an English disc jockey who works for BBC Radio 1. He is the host of programmes such as Essential Mix and Essential Selection on the radio service, which can be heard through Internet radio streams, for his record label FFRR Records and for his own performances at nightclubs and music festivals. Tong has also worked as a record producer and is regarded as the "global ambassador for electronic music." 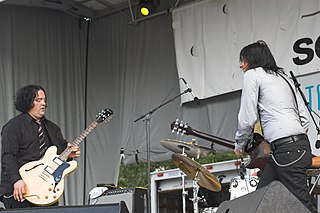 The Posies were an American power pop group. The band was formed in 1986 in Bellingham, Washington, United States, by primary songwriters Jon Auer and Ken Stringfellow. 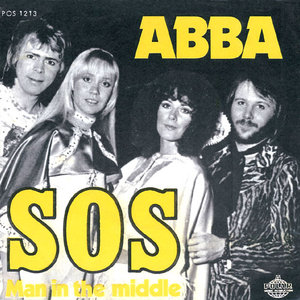 "SOS" is a song by Swedish pop group ABBA. It was released in June 1975 as the fifth single from their self-titled 1975 album.

The Pepsi Chart was a networked Sunday afternoon Top 40 countdown on UK radio that started life on 1 August 1993 with Neil 'Doctor' Fox hosting the show live from the Capital Radio studios in London. The Pepsi Chart show carried an emphasis in fun and was the UK's first personality-led chart show: the presenter was live and exciting and big-prize competitions were held.

1LIVE is a radio station operated by the Westdeutscher Rundfunk public broadcasting corporation in Germany. It specialises in popular music aimed at the 14–39 age demographic, the average age of its listeners is 34.

Gaute Storaas is a Norwegian jazz musician (bass) and composer, and the older brother of Jazz pianist Vigleik Storaas.

Norway participated in the Eurovision Song Contest 2016 with the song "Icebreaker" written by Agnete Johnsen, Gabriel Alares and Ian Curnow. The song was performed by Agnete. The Norwegian broadcaster Norsk rikskringkasting (NRK) organised the national final Melodi Grand Prix 2016 in order to select the Norwegian entry for the 2016 contest in Stockholm, Sweden. Ten entries competed in a show that took place on 27 February 2016 and the winner was determined over two rounds of public televoting. The top four entries in the first round of voting advanced to the competition's second round—the Gold Final. In the second round of public televoting, "Icebreaker" performed by Agnete was selected as the winner with 166,728 votes. 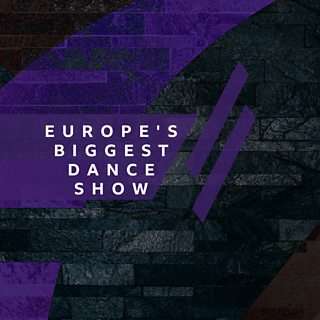 The Media Research Information Bureau (MRIB) was a music chart research company that operated in the United Kingdom from 1981 to 2008. It was best known for compiling the chart data for The Network Chart Show which was broadcast by many TV and radio shows, as well as being published in many music newspapers and magazines. MRIB also compiled other genre charts for the United Kingdom.