Chan was born in British Hong Kong to parents China. He and his family moved to Thailand when he was 12, where he grew up amongst the international Chinese community in Bangkok. [2] He speaks Thai as fluently as a Thai person.

He later studied in the United States where he attended film school at UCLA, with a minor in accountancy. He returned to Hong Kong in 1983 for a summer internship in the film industry. Chan never returned to UCLA to complete his studies.

He served as second assistant director, translator, and producer on John Woo's Heroes Shed No Tears (1986), which was set in Thailand. [2] He then was a location manager on three Jackie Chan films, Wheels on Meals (1984), The Protector (1985) and Armour of God (1986), all of which were shot overseas. [2]

Chan was a co-founder of United Filmmakers Organization (UFO) in the early 1990s, which produced a number of box-office and critical hits in Hong Kong, including his own: He Ain't Heavy, He's My Father . Other critical and commercial successes followed, including Tom, Dick and Hairy , He's a Woman, She's a Man and Comrades, Almost a Love Story .

Chan's 2005 film, the musical Perhaps Love closed the 2005 Venice Film Festival and was Hong Kong's entry for an Academy Awards nomination in the best foreign film category. Perhaps Love became one of the year's top-grossing films in China, Hong Kong and Taiwan, and received a record 29 awards. Chan next directed The Warlords (2007) and produced Derek Yee's Protégé (2007). The two films were the two highest grossing Hong Kong-China co-productions of 2007. The Warlords grossed a record RMB220 million in China and over US$40 million across Asia, and garnered 8 Hong Kong Film Awards and 3 Golden Horse Awards, including Best Director and Best Feature Film.

In 2009, Chan produced Teddy Chen's Bodyguards and Assassins , which has garnered RMB300 million in China box office alone, accumulating over US$50 million Asia-wide. It has scored 8 awards in the Hong Kong Film Awards, including Best Film. It also won Best Actor awards for Wang Xueqi in the Asian Film Awards and the HK Film Critics Society Awards, adding up to 146 awards out of 231 nominations for Chan's awards track record.

In a survey conducted by the Hong Kong Trade Development Council during the 2010 Hong Kong Filmart, Chan was voted "the most valuable filmmaker", which was strongly backed by his box-office track records.

Chan dated Kathleen Poh for a brief period in 1993 before Poh moved to Singapore permanently. Chan currently has a daughter Jilian Chan (born in 2006) with Hong Kong actress Sandra Ng, although the two have no intention of getting married. [3] 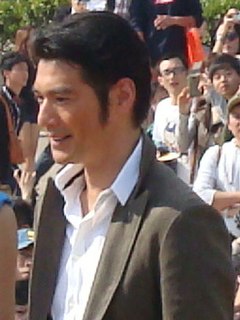 Takeshi Kaneshiro is a Japanese-Taiwanese actor and singer. Beginning his career as a teen pop idol, he has since moved his focus towards the film industry, where he achieved both commercial success and critical acclaim. He has worked with some of the most renowned directors in East Asia, namely, Wong Kar Wai, Peter Chan, Zhang Yimou and John Woo. Kaneshiro is also well known in the gaming industry for being the model and voice for the samurai character, Samanosuke Akechi, in Capcom’s Onimusha video game series. 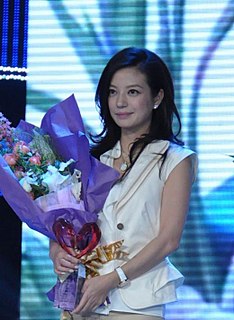 Zhao Wei, also known as Vicky Zhao or Vicki Zhao, is a Chinese actress, businesswoman, film director, producer and pop singer. She is considered one of the most popular actresses in China and Chinese-speaking regions, and one of the highest paid actresses as well.

The Bund is a Hong Kong period drama television series first broadcast on TVB in 1980. It is praised as "The Godfather of the East" and spawned two sequels, two remakes, and a film adaptation. The theme song, which shares the same Chinese title as the series and was performed by Frances Yip, also became a memorable Cantopop hit. 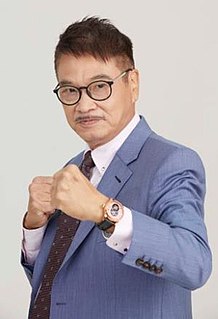 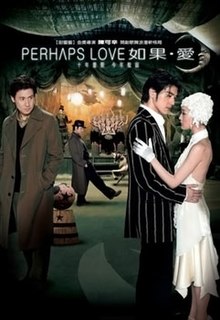 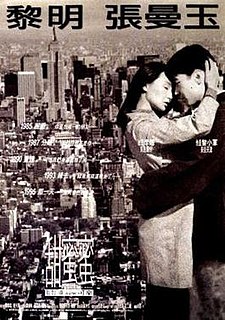 The 2nd Asian Film Awards were given in a ceremony on 17 March 2008 at the Hong Kong Convention and Exhibition Centre as part of the Hong Kong International Film Festival. The top winner was Secret Sunshine from South Korea, which won Best Film, Best Director for Lee Chang-dong and Best Actress for Jeon Do-yeon. Secret Sunshine had been nominated for four awards.

The Hong Kong Film Award for Best Actress is an award presented annually at the Hong Kong Film Awards (HKFA). It is given to honour an actress who has delivered an outstanding performance in a Hong Kong film. The 1st Hong Kong Film Awards ceremony was held in 1982, with no formal nomination procedure established; the award was given to Kara Hui for her role in My Young Auntie. After the first award ceremony, a nomination system was put in place whereby no more than five nominations are made for each category and each entry is selected through two rounds of voting. Firstly, prospective nominees are marked with a weight of 50% each from HKFA voters and a hundred professional adjudicators, contributing towards a final score with which the top five nominees advance to the second round of voting. The winner is then selected via a scoring process where 55% of the vote comes from 55 professional adjudicators, 25% from representatives of the Hong Kong Performing Artistes Guild and 20% from all other HKFA Executive Committee Members. 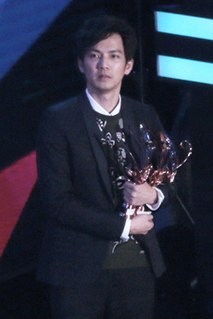 Wallace Chung Hon-leung is a Hong Kong actor of Hakka ancestry, best known for his work on Chinese television dramas. 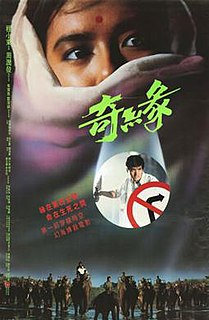 Witch from Nepal (奇緣) is a 1986 Hong Kong supernatural film directed by Ching Siu-tung. The film stars Chow Yun-fat as Joe Wong, an architect on vacation in Nepal with his girlfriend, Ida. Joe injures his leg as in a hospital where he has dreams of a beautiful woman with magical powers. Joe is later in a hospital in Hong Kong with his leg infected, finding that the woman from his visions named Sheila magically heals him. Sheila is a good witch who gets Joe to return to Nepal to fight a cat-like demon with supernatural powers. 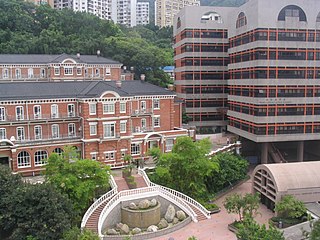 The Hong Kong Lesbian & Gay Film Festival is an annual LGBT-focused film festival, held each September in Hong Kong. It is reputedly the oldest LGBT film festival in Asia, having been founded in 1989.

Jackie Chan Action Movie Awards are awards presented to action film genre. The "Jackie Chan Action Movie Week" was originally presented during the Shanghai International Film Festival since 2015, but in 2019 it moved to a new date and venue in Shanghai to become its own event. Voted by the reporters in the entertainment industry, the awards are aimed at "celebrating international action movies and honoring those who have made outstanding contributions to the genre". The award ceremony is named after Hong Kong action star Jackie Chan.

Youth is a 2017 Chinese coming-of-age drama film directed by Feng Xiaogang and written by Geling Yan. It was screened in the Special Presentations section at the 2017 Toronto International Film Festival. It was scheduled to be released in China on October 1, 2017, but after previews in Beijing and other cities was pulled from the National Day schedule. It was released on 15 December 2017. It was the 6th highest-grossing domestic film of 2017 in China. 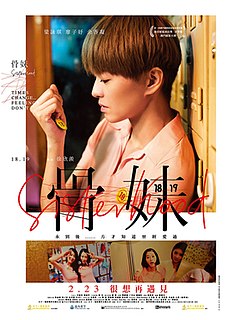 Sisterhood is a 2016 Macau-Hong Kong drama film directed by Tracy Choi and starring Gigi Leung, Fish Liew and Jennifer Yu. The film had its North American premiere at the Toronto LGBT Film Festival on 28 May 2017.

Three Husbands is a 2018 Hong Kong film directed by Fruit Chan, starring Zeng Meihuizi and Chan Charm-man. It is the last instalment of his "prostitution trilogy" which Chan directed from 2000–2018. The other two movies in the trilogy are Durian Durian and Hollywood Hong Kong. The three lead actresses starring in his "prostitution trilogy" were nominated as Golden Horse Award for Best Leading Actress for their respective role in a film of the trilogy, and Qin Hailu won the award for her role in Durian Durian.