Reflexive Entertainment was a video game developer based in Lake Forest, California. The company was cofounded by Lars Brubaker, Ernie Ramirez, James Smith and Ion Hardie in 1997. They developed nineteen games independently (for Microsoft Windows, Xbox 360 and Mac platforms), published two games, started distribution of downloadable casual games on their online Arcade, created a division of their Arcade entirely devoted to Mac games for Mac users and started hosting ad supported free online web browser games. [1] In 2005, Reflexive's Wik and the Fable of Souls won three awards at the 2005 Independent Games Festival which included Innovation in Visual Art, Innovation in Game Design and the Seumas McNally Award For Independent Game Of The Year. [2] In October 2008, Reflexive Entertainment was acquired by Amazon.com. [3] On February 3, 2009, Amazon.com began hosting casual game content for internet download. [4]

On March 31, 2010, Reflexive announced plans to stop selling games through its affiliate program in order to focus entirely on game development. In a letter sent to affiliates, CEO Brubaker stated that the program would continue its business as usual, which included web support and payment of referral fees on game sales until June 30. [5]

All games are developed and published by Reflexive Entertainment unless otherwise stated.

Wik and the Fable of Souls won three awards at the 2005 Independent Games Festival in San Francisco. Wik also won the 2005 Academy of Interactive Arts and Sciences Award for Downloadable Game of the Year.

Downloadable Game of the Year!

Amazon.com acquired Reflexive Entertainment and as of 2014, it has been merged with the game development subsidiary, Amazon Game Studios, which was founded in 2012. 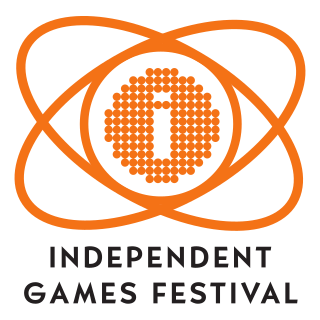 The Independent Games Festival (IGF) is an annual festival at the Game Developers Conference (GDC), the largest annual gathering of the indie video game industry.

The Game Developers Conference (GDC) is an annual conference for video game developers.

Oasis is a turn-based strategy video game developed by American studio Mind Control Software and published for Microsoft Windows by PlayFirst in April 2005. Konami released a mobile phone port in 2006 and Electrified Games released an iPad version, renamed as Defense of the Oasis, in 2010. Oasis is a casual game set in ancient Egypt that combines Civilization-style strategy and puzzle gameplay. Oasis "has been described as Civilization meets Minesweeper". 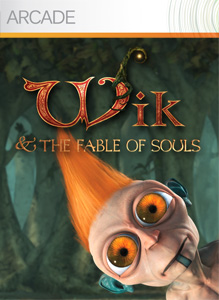 Wik and the Fable of Souls, also known in the Xbox 360 version as Wik: The Fable of Souls, is a platform video game developed by Reflexive Entertainment. The main character, Wik uses a combination of jumping and his long, grapple-like tongue to navigate the world. Accompanying Wik on his journey is a mule-like creature named Slotham. On each level the player must capture a set number of grubs and deliver them to Slotham, but getting the grubs to Slotham becomes more and more challenging through each chapter. There are various bugs that try to steal the grubs or directly harm Wik, and on some levels Wik can fall off the platforms into the abyss. Each level includes three gems; a ruby, an emerald, and a diamond, finding all of these throughout the course of the game is required in order to achieve the best ending.

Sidhe is a developer of video games, founded and incorporated in May 1997. The company is a licensed developer for Microsoft, Sony Computer Entertainment, Nintendo of America, and Apple Inc.. It is also a co-founding member of the New Zealand Game Developers Association and the New Zealand Institute of Screen Innovation. The largest game production studio in New Zealand, Sidhe has produced more than 20 titles, including Shatter, GripShift, Madagascar Kartz, Hot Wheels Battle Force 5, and Speed Racer. It has also developed multiple games based on the National Rugby League (NRL) franchise.

Derek Yu is an American indie game designer, artist, and blogger. Yu is known for a number of indie games he helped design: Spelunky, Aquaria, and Eternal Daughter. He is also known for blogging and creating websites about independent video games.

HipSoft is a Redmond, Washington-based developer of casual video games founded in 2002 by three of the original founders of Monolith Productions: Brian Goble, Garrett Price, and Bryan Bouwman. HipSoft has made over a dozen games, many of which have become popular in the casual gaming industry. Its games have been translated into many different languages and are distributed and sold worldwide through websites and retail outlets. All of the games are available for Windows and most for Mac OS X, and are being developed by partner companies for the Nintendo DS, mobile phones and other platforms.

Within the video game industry there are several awards that are given to individual video games, development studios, and other individuals to recognize their merit. Most video game awards are given out on an annual basis, celebrating the best games of the previous year. Most of these awards come from organizations directly within the industry, but there also exist several that come from broader media groups. In addition, many video game publications supply their own end of the year awards. 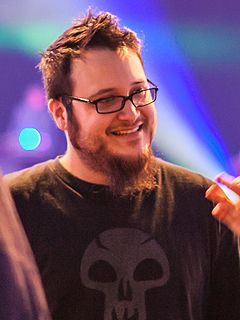 Edmund McMillen (born March 2, 1980) is an American video game designer and artist known for his Flash game visual style. His most notable works include 2010's side-scroller Super Meat Boy and 2011's roguelite game The Binding of Isaac and its remake.

Boomzap Entertainment is a casual games developer registered in Singapore with a virtual office environment. It was formed in 2005 and has released 50 games to date that are ported on various platforms. Boomzap has developed for Microsoft Windows, Mac OS X, Nintendo DS, Wii, iOS, and Android. Its games are available on games portals such as Big Fish Games, Yahoo!, WildTangent, GameHouse, Google Play, Amazon, iTunes, Steam and others.

Gish is a 2004 side-scrolling platformer video game developed by indie developer Cryptic Sea and published by Chronic Logic. A sequel was announced, but subsequently canceled in late 2009 after designer and artist Edmund McMillen left the project.

Simogo is a Swedish video game developer based in Malmö. The company was founded in 2010 and is best known for creating games for mobile devices, including Year Walk and Device 6. Its name comes from the name of its founders Simon (SIM), and Gordon (GO); the 'O' from the Swedish word "och" meaning "and".

The Seumas McNally Grand Prize is the main award given at the Independent Games Festival, an annual event that takes place during the Game Developers Conference, one of the largest gatherings of the indie video game industry. The award is named after computer game programmer Seumas McNally (1979–2000), founder of independent game development company Longbow Digital Arts. McNally died of Hodgkin's lymphoma shortly after receiving the award in 2000 for his game Tread Marks. The award is given alongside a prize of US$30,000.

Bad Milk is a puzzle video game developed by New York City-based developer Dreaming Media, the working name of brothers Ted and Mick Skolnick. It was originally released in November 2000 for Microsoft Windows and Mac OS. Created entirely in Macromedia Director 7 and intended to be an art game, the game features a number of puzzles involving full motion video and audio clues. It won the Seumas McNally Grand Prize at the 2002 Independent Games Festival, as well as the award for Innovation in Audio.

868-HACK is a 2013 roguelike video game developed and published by Michael Brough. The player controls a hacking program in a computer system and must grab as much computer data as possible before a defence program destroys it.