The Romanian Chess Championship became a yearly even in 1946, and was held irregularly earlier. A series of national eliminating contests are played to select a 20-player field for the men's final. The women's final consists of 16 players.

José Raúl Capablanca y Graupera was a Cuban chess player who was world chess champion from 1921 to 1927. A chess prodigy, he is widely renowned for his exceptional endgame skill and speed of play.

The World Junior Chess Championship is an under-20 chess tournament organized by the World Chess Federation (FIDE).

Robert Hübner is a German chess grandmaster, chess writer, and papyrologist. He was one of the world's leading players in the 1970s and early 1980s. 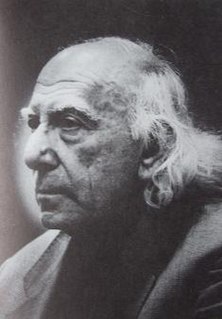 Harry Golombek OBE was a British chess player, chess author, and wartime codebreaker. He was three times British chess champion, in 1947, 1949, and 1955 and finished second in 1948.

Georgi Petrov Tringov was a Grandmaster of chess from Bulgaria. He won the Bulgarian national chess championship in 1963, the year he was awarded the Grandmaster title, only the second Bulgarian player thus honored. He was active mainly during the 1960s and 1970s and qualified for the 1964 Interzonal stage of the process for selecting a challenger for the World Chess Championship, but finished fifteenth in the Interzonal held in Amsterdam, so did not advance to the Candidates matches held in 1965. Tringov had numerous successes in international tournaments to his credit, including first place at Vrsac 1973.

Conel Hugh O'Donel Alexander, known as Hugh Alexander and C. H. O'D. Alexander as a pen name, was an Irish-born British cryptanalyst, chess player, and chess writer. He worked on the German Enigma machine at Bletchley Park during the Second World War, and was later the head of the cryptanalysis division at GCHQ for 25 years. In chess, he was twice British chess champion and earned the title of International Master. 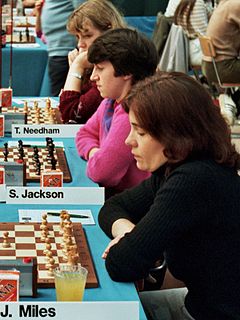 Jana Bellin is a British, formerly Czechoslovak chess player. She was awarded the Woman International Master chess title in 1969 and the Woman Grandmaster title in 1982. 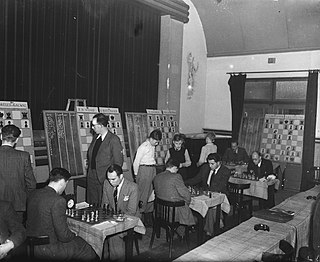 Baruch Harold Wood OBE, generally known as B. H. Wood, was an English chess player, editor and author. He was born in Ecclesall, Sheffield, England.

Modern Chess Openings is a reference book on chess openings, first published in 1911 by the British players Richard Clewin Griffith (1872–1955) and John Herbert White (1880–1920). The fifteenth edition was published in 2008. Harry Golombek called it "the first scientific study of the openings in the twentieth century".

David Vincent Hooper, born in Reigate, was a British chess player and writer. As an amateur, he tied for fifth place in the 1949 British Championship at Felixstowe. He was the British correspondence chess champion in 1944 and the London Chess Champion in 1948. He played in the Chess Olympiad at Helsinki in 1952.

Lone Pine International was a series of chess tournaments held annually in March or April from 1971 through 1981 in Lone Pine, California. Sponsored by Louis D. Statham (1907–1983), millionaire engineer and inventor of medical instruments, the tournaments were formally titled the Louis D. Statham Masters. The events were seven- to ten-round Swiss system tournaments, with entrance requirements that made them the strongest recurring Swiss tournaments in the U.S. in the 1980s. Grandmaster Isaac Kashdan served as the tournament director.

The Greek Chess Championship is normally played the year after the title year. For example, the 24th championship was played in 1975.

Heikki Markku Julius Westerinen is a Finnish chess player, born in Helsinki. He became a national master at age sixteen, and earned the FIDE titles of International Master in 1967 and Grandmaster in 1975. Westerinen won the Finnish Championship in 1965, 1966, 1968, and 1970. He played for the national team in the biennial Chess Olympiads from 1962 through 1996, and 2006. Westerinen's best tournament results include third place at Berlin 1971, tie for second place at Oslo 1973, first at Sant Feliu de Guixols 1973, and first at Dortmund 1973 and 1975. His style is described as original and combinative.

The Hastings International Chess Congress is an annual chess tournament which takes place in Hastings, England, around the turn of the year. The main event is the Hastings Premier tournament, which was traditionally a 10 to 16 player round-robin tournament. In 2004/05 the tournament was played in the knock out format; while in 2005/06 and 2006/07 it was played using the Swiss system. Alongside the main event there is the challengers section, which is open to all players. The winner of the challengers event earns an invitation in the following year's Premier.

Francisco José Pérez Pérez was a Spanish/Cuban chess player. Born in Vigo, Spain, he won the Spanish Chess Championship in 1948, 1954, and 1960. He played for Spain in the Chess Olympiads of 1958 and 1960 and in the 1961 European Team Chess Championship.