The Dutch Chess Championship was officially established in 1909, although unofficial champions stretch back to the 1870s.

Grandmaster (GM) is a title awarded to chess players by the world chess organization FIDE. Apart from World Champion, Grandmaster is the highest title a chess player can attain. 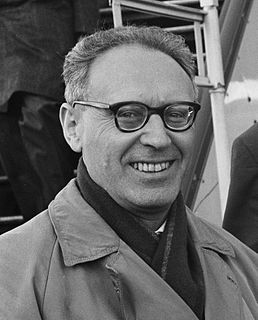 Mikhail Moiseyevich Botvinnik was a Soviet chess player, who was awarded the title of grandmaster and was the sixth World Chess Champion. Besides playing top-class competitive chess, he worked as an electrical engineer and computer scientist, and he was also a pioneer of computer chess. 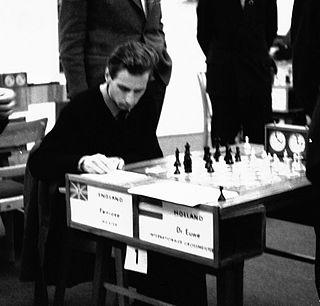 Jonathan Penrose, is an English chess player, who holds the titles Grandmaster (1993) and International Correspondence Chess Grandmaster (1983). He won the British Chess Championship ten times between 1958 and 1969.

Sir Theodore Henry Tylor was a lawyer and international level chess player, despite being nearly blind. In 1965, he was knighted for his service to organisations for the blind. He was Fellow and Tutor in Jurisprudence at Balliol College, Oxford for almost forty years.

Vera Frantsevna Menchik was a British-Czechoslovak-Russian chess player who became the world's first women's chess champion. She also competed in chess tournaments with some of the world's leading male chess masters, with occasional successes including two wins over future world champion Max Euwe.

The Chess Federation of Canada or CFC is Canada's national chess organization. Canadian Chess Association, founded in 1872, was replaced in 1932 by the Canadian Chess Federation (CCF), which for the first time included representation from all major cities in Canada. In 1945 the name was changed to avoid confusion with the Co-operative Commonwealth Federation. The CFC organizes tournaments and publishes national ratings. The highest rated player in Canada is Evgeny Bareev of Toronto. 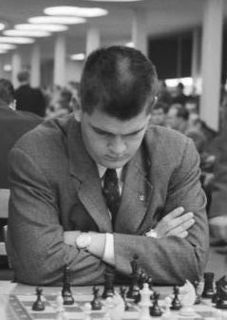 William James Joseph Lombardy was an American chess grandmaster, chess writer, teacher, and former Catholic priest. He was one of the leading American chess players during the 1950s and 1960s, and a contemporary of Bobby Fischer, whom he coached during the World Chess Championship 1972. He won the World Junior Championship in 1957, the only person to win that tournament with a perfect score. Lombardy led the U.S. Student Team to Gold in the 1960 World Student Team Championship in Leningrad.

Baruch Harold Wood OBE, generally known as B. H. Wood, was an English chess player, editor and author. He was born in Ecclesall, Sheffield, England.

The European Team Championship is an international team chess event, eligible for the participation of European nations whose chess federations are located in zones 1.1 to 1.9. This more or less accords with the wider definition of Europe used in other events such as the Eurovision Song Contest and includes Israel, Russia and the former Soviet States. The competition is run under the auspices of the European Chess Union (ECU).

Karl Robatsch was a leading Austrian chess player and a noted botanist.

Patricia Anne Sunnucks was an author and three-times British Women's Chess Champion. During her chess career she was always known as Anne Sunnucks.

Kira Alekseyevna Zvorykina was a Soviet chess player who spent many years living in Belarus. She was a three-time winner of the Women's Soviet Championship.

The Hastings International Chess Congress is an annual chess tournament which takes place in Hastings, England, around the turn of the year. The main event is the Hastings Premier tournament, which was traditionally a 10 to 16 player round-robin tournament. In 2004/05 the tournament was played in the knock out format; while in 2005/06 and 2006/07 it was played using the Swiss system. Alongside the main event there is the challengers section, which is open to all players. The winner of the challengers event earns an invitation in the following year's Premier.

Emanuel Lasker faced Carl Schlechter in the 1910 World Chess Championship. It was played from January 7 to February 10, 1910 in Vienna and Berlin. The match was tied and Lasker retained his title.

Dr. Martin Christoffel was a Swiss chess champion born in Basel. In 1944 he won the Coupe Suisse knockout tournament. Christoffel won the Swiss Chess Championship in 1943, 1945, 1948, and 1952, and was joint champion with Jules Ehrat in 1942.