Singapore Standard Time (SST), also known as Singapore Time (SGT), is used in Singapore and is 8 hours ahead of UTC (UTC+08:00). Singapore does not currently observe daylight saving time. [1]

Following the Japanese occupation, Singapore (known as Syonan-to during this time) adopted the Tokyo Standard Time of GMT+09:00 on 15 February 1942. [4]

At the end of World War II and the return of the Straits Settlements to the British, Singapore reverted to its pre-war time zone. [4]

Although Singapore does not currently observe daylight saving time in the traditional sense due to its tropical location, a form of daylight saving time, using a 20-minute offset, was introduced on an annual basis by the Legislative Council of the Straits Settlements in 1933.

On 2 July 1920, a bill was intituled as Daylight Saving Ordinance, 1920. [5] It is to introduce a 30-minutes offset or seven and a half hour in advance of Greenwich mean time. The bill was read for the first time on 5 July 1920 but was later abandoned.

In 1981, Malaysia decided to standardise the time across its territories to a uniform UTC+08:00. Singapore elected to follow suit, citing business and travel schedules. [14] [15] The change took effect on 1 January 1982, when Singapore moved half an hour forward, on 31 December 1981 at 11:30 pm, creating "Singapore Standard Time" (SST). [16] SST is 8 hours ahead of UTC and is synchronised with Shanghai, Beijing, Hong Kong, Taipei and Perth.

In the 2000 edition of the Subsidiary Legislation under the Interpretation Act (Chapter 1, Section 51(2)). CAP.1, N1, Singapore Standard Time Notification, paragraph 2 “Standard Time” reads “The standard time in Singapore shall be 8 hours in advance of Greenwich mean time.” [20]

In the early days, Singapore used a timeball on Fort Canning and Mount Faber for sailors to check with their chronometers by the falling ball at exactly 1 p.m daily. When the second world war came to Singapore, the Public Works Department (PWD) cut the masts down as the masts formed "ideal" markers for artillery. After the war, the timeball became redundant as most ships now had wireless to give them time signals. [21]

The IANA time zone database contains one zone for Singapore in the file zone.tab: 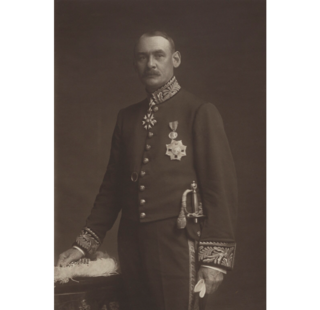 Sir Edward Lewis Brockman was a colonial administrator who served briefly as the Colonial Secretary to the Straits Settlements in 1911 and was the chief secretary to the Federated Malay States (FMS) from 1911 to 1920. He announced the establishment of the Town Planning Committee to oversee Kuala Lumpur town planning service. He was descendant of the English Brockman family. Brockman Road in Kuala Lumpur was named after him, where the former Prime Minister office was located. 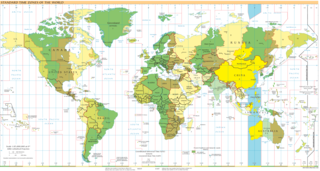 Philippine Standard Time, also known as Philippine Time (PHT), is the official name for the time zone used in the Philippines. The country only uses one time zone, at an offset of UTC+08:00, but has used daylight saving time for brief periods in the 20th century

Sir Hayes Marriott was a British colonial administrator. Marriott joined the Straits Settlement Civil Service in 1896 as a cadet and rose to the high position of Colonial Secretary before retiring in 1928.