Sisters, Servants of the Immaculate Heart of Mary

Last updated April 25, 2020
For the Catholic religious institute originally from California, see Sisters of the Immaculate Heart of Mary.

The Sisters, Servants of the Immaculate Heart of Mary (I.H.M.) is a Catholic religious institute of sisters. It is divided among three separate congregations. The original community of the institute is headquartered in Monroe, Michigan. The Motherhouse currently houses more than 200 sisters, more than 100 of whom require supportive care. The sisters originally began as teachers, but their ministries have become more diverse, including: Education in grade schools, high schools, colleges and universities, pastoral care in hospitals, long-term care facilities and other health care settings, parish ministry and outreach into poor communities and individuals in need, social services for poor and homeless families, working with those with AIDS, providing spiritual direction and retreats, advocacy efforts to help people get the resources needed to fully participate in society, programs and services for older adults in a variety of settings, and work to improve the environment.

The beginnings of the institute came about in 1845 shortly after Father Louis Florent Gillet, C.Ss.R., arrived in Monroe, Michigan, to become the pastor of St. Mary Parish. On November 10, Gillet and Theresa Maxis Duchemin, a member of the Oblate Sisters of Providence in Baltimore, established the institute in Monroe. [1]

Father Gillet found that Monroe had no school for the daughters of the descendants of French Canadians, most of whom were Catholic. He petitioned the local bishop, Peter Paul Lefevere, coadjutor bishop of Detroit, for a religious institute to assume teaching duties. The bishop declined, so Gillet invited three women to form a new religious congregation, which would become known as the Sisters, Servants of the Immaculate Heart of Mary.

The co-foundress and first religious superior of the Monroe community was Mother Theresa Maxis Duchemin, one of the first members of Oblate Sisters of Providence, the first religious congregation established in the country for women of African descent. On January 15, 1846, the first St. Mary Academy opened with 40 students.

In 1858, a mission was established to serve the German-speaking Catholic children of Pennsylvania at the request of the Bishop of Philadelphia, the now-sainted John Neumann. [2] As a result of this mission, a dispute broke out between the bishops of Detroit and Philadelphia regarding their jurisdiction over the Sisters. Mother Theresa was faulted by Bishop Lefevre for this and was removed from her office of Superior General. She was then sent to the mission in Pennsylvania. Shortly after this, in 1859, the Sisters in that state separated from the community in Michigan and were established as an independent congregation under the Bishop of Philadelphia.

This congregation later further split into two more, one based in Scranton, Pennsylvania (founded in 1871 [2] ), and the other in Chester County, Pennsylvania.

In 1920, St. Mary Academy and College had outgrown its facilities and the institute made plans to construct a new college facility. The Sisters initially planned to build the new campus in Monroe, but Bishop Michael Gallagher invited them to build in nearby Detroit. In Detroit the college would have a larger field of influence and offer a Catholic higher education to thousands of young women who might otherwise not have such an opportunity. The Sisters built their new college in Detroit and named it Marygrove College.

On June 3, 1929, St. Mary Academy in Monroe was destroyed by fire. This caused extreme difficulties for the IHM institute, as they were burdened with heavy debts from the building of Marygrove College and the cost of rebuilding the motherhouse and academy in Monroe was prohibitive. Additionally, the Great Depression of 1929 began soon afterward, which only added to their financial woes. Nevertheless, the institute finished the reconstruction and moved into their new facilities in 1932. The congregation went on to establish Marian and Immaculata high schools in the Detroit area and Immaculate Heart of Mary High School in Westchester, Illinois.

In 1948, the Michigan congregation began its first missionary work outside the continental United States when the Sisters opened a mission in Cayey, Puerto Rico.

In 2008, the Sisters opened Detroit Cristo Rey High School and co-sponsor it with the Congregation of St. Basil. [3]

In 2012, the Monroe campus was used for filming numerous scenes of Arnaud Desplechin's movie Jimmy P: Psychotherapy of a Plains Indian (2013), which was entered in the 2013 Cannes Film Festival, depicting the now vanished Winter Veteran Hospital of Topeka, Kansas. [4]

Marygrove College was a Catholic tertiary educational institution in Detroit, sponsored by the Sisters, Servants of the Immaculate Heart of Mary. It announced its closure in December 2019 at end of the fall semester. 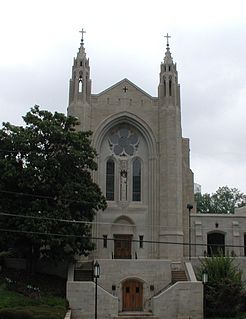 The Archdiocese of Atlanta is an archdiocese of the Catholic Church in the U.S. state of Georgia. Its ecclesiastical territory comprises Georgia's northern counties, including the capital of Atlanta. It is led by a prelate archbishop, who is also pastor of the mother church, the Cathedral of Christ the King in Atlanta. The Cathedral is the metropolitan see of the Catholic Ecclesiastical Province of Atlanta, which covers Georgia, South Carolina, and North Carolina. As of 2014, there were 100 parishes and missions in the Archdiocese. There were 900,000 registered Catholics in the Archdiocese as of 2010.

The Roman Catholic Diocese of Rochester is a diocese of the Catholic Church in the Greater Rochester region of New York State in the United States. The region that the Diocese comprises extends from its northern border on the south shore of Lake Ontario through the Finger Lakes region to its southern border at the New York-Pennsylvania border. 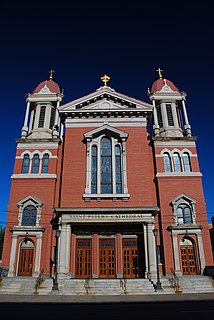 The Roman Catholic Diocese of Scranton is a suffragan see of Archdiocese of Philadelphia, established on March 3, 1868. The seat of the bishop is St. Peter's Cathedral in Scranton, PA. Other cities in the diocese include Wilkes-Barre, Williamsport, Hazleton, Nanticoke, Carbondale, and Pittston. 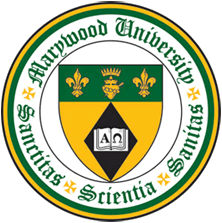 The Sisters of the Immaculate Heart of Mary (IHM), founded as the Daughters of the Most Holy and Immaculate Heart of the Blessed Virgin Mary, is a Catholic religious teaching institute for women. The institute was founded in Spain in 1848 by Father Joaquim Masmitjà i de Puig as a means of rebuilding society through the education of young women. A daughter house of the community was founded in Los Angeles, California, USA, in 1871, and in 1924 formally separated from the Spanish congregation and was established as a distinct institute in its own right.

Congregation of the Heart of Mary is a name that applies to various Roman Catholic religious Congregations, most of them for women.

Holy Redeemer High School was a Roman Catholic secondary school located in Southwest Detroit, at the corner of Junction and Vernor streets, near the Ambassador Bridge to Canada. It was overseen by the Archdiocese of Detroit. 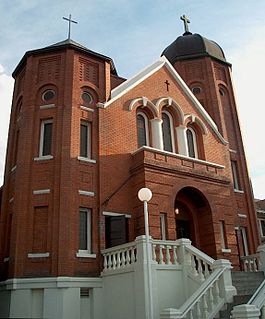 Immaculata-LaSalle High School is a private, Roman Catholic high school in the Coconut Grove neighborhood of Miami, Florida. It is part of the Roman Catholic Archdiocese of Miami and located between Mercy Hospital and Vizcaya on South Bayshore Drive.

Detroit Cristo Rey High School (DCRHS) is a private, coeducational, Roman Catholic high school in Detroit, Michigan, in the West Vernor-Junction Historic District. It opened in August 2008 and operates within the Roman Catholic Archdiocese of Detroit.

Theresa Maxis Duchemin (1810-1892) was an American missionary. She opened multiple schools and orphanages in the Michigan and the Pennsylvania area. For her work was inducted into the Michigan Women's Hall of Fame.

The St. Mary's Academy Historic District is a religious building complex located at 610 W. Elm Avenue in Monroe, Michigan. It was listed on the National Register of Historic Places in 2019.