Speed Skating Canada (commonly abbreviated to SSC) is the governing body for competitive long track and short track speed skating in Canada. It was founded in 1887, [1] [2] five years before the International Skating Union [6] of which SSC later became a member in 1894. [1] [2]

In 1854, three British army officers raced on the St. Lawrence River, going from Montreal to Quebec City, which marked Canada's first recorded ice skating race. It is believed that from then on, ice skating races became a part of Canadian culture. [1] [2] [3]

In 1905, short track speed skating was created and gaining popularity in Canada and the United States. [2]

The organization is governed by the Board of Directors which is elected by the members. It is composed of the President, the Athletes Director, the Treasurer, and five Directors at Large. [7]

Speed Skating Canada is split up into thirteen branches, each representing a Canadian province or territory, as follows:

The Speed Skating Canada Hall of Fame recognizes the following athletes and contributors to the sport: [8] 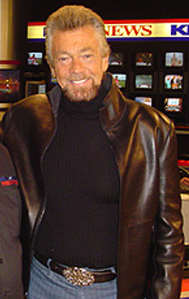 The Velma Springstead Trophy is an award presented annually to Canada's outstanding female athlete. It is named in honour of track athlete Velma Springstead whose career ended prematurely when she died from pneumonia in 1927 when only 20 years old. The Women's Amateur Athletic Federation (WAAF) of Canada founded this award in 1934. The trophy, also known as the "Rose Bowl," was donated by Alexandrine Gibb, sportswriter with the Toronto Star. The trophy was to be awarded on the basis of "performance, sportsmanship and behaviour." The award is now managed by the True Sport Foundation.

The United States Bicycling Hall of Fame, located in Davis, California, is a private 501c3 non-profit organization formed to preserve and promote the sport of cycling. The organization was founded in 1986 in Somerville, New Jersey and has inducted cyclists who have "achieved tremendous success in racing or have enhanced the sport" since 1987. It has operated a museum in Davis since 2009.

Boucher is a surname that evolved during the medieval era in the French region of Champagne. It was an occupational name for someone who worked as a butcher. The name originally derived from the Old French word bochier, which means "butcher". The English word butcher is from Middle English bo(u)cher, itself from Anglo-Norman *bucher.

The Michigan Tech Huskies men's ice hockey team is an NCAA Division I college ice hockey program that represents Michigan Technological University. The Huskies are a member of the Western Collegiate Hockey Association (WCHA). They play at the MacInnes Student Ice Arena in Houghton, Michigan.