Table Tennis Canada (French: Tennis de Table Canada), colloquially known as TTCAN, is the non-profit governing body for table tennis in Canada and is responsible for cataloging and sanctioning tournaments within Canada. It was founded in 1929 as the Canadian Table Tennis Association. In addition to processing tournaments, TTCAN maintains a national rating and ranking system. It also oversees the Canadian National Teams. In total, TTCAN has over 9,000 members. [1] The headquarters of Canada Table Tennis is located in Ottawa, Ontario, Canada, which is also home to the Canadian Olympic Training Center.

The Canadian Table Tennis Association was formed in 1929, with Québec as the founding provincial member and Ontario joining 5 years later. A long association with the Canadian National Exhibition began in 1936, when the first Canadian Table Tennis Championships were staged there. The CTTA operates a computerized rating system that allows any competitive player to be ranked, both provincially and nationally Canada's table-tennis stars of the 1930s were Paul Chapdelaine and J.J. Desjardins of Montréal.

In the 1970s, Violette Nesukaitis, of Toronto, emerged as a strong international player. Winner of 4 North American open championships, she travelled to China in 1971 on a Canadian team, the first table-tennis team to be invited to that country. In 1973 she was ranked 3rd among Commonwealth women players. She retired in 1976.

In the 1990s. 2 world class players, Geng Lijuan and Wenguan Johnny Huang, dominated Canadian table tennis. Both achieved top-10 world rankings and represented Canada at the Olympic Games in 1996 and 2000. Their best results were recorded in 1996 at Atlanta; Huang defeated the number one seed and defending Olympic champion to finish fifth overall in the men's singles; Lijuan attained a ninth-place finish. She also won 4 World Championships titles. [2]

The rosters for the Canada Table Tennis National Teams are as follows: [3]

The Royal Canadian Golf Association (RCGA), branded as Golf Canada, is the governing body of golf in Canada.

Lorne Park Secondary School is a public high school located in Mississauga, Ontario, Canada. It serves the Lorne Park neighbourhood, as well as a larger catchment area for Regional Enhanced Program and Extended French for all of southern Mississauga. Lorne Park is well known in the Peel region for its successful sports teams from which many professional athletes have emerged. 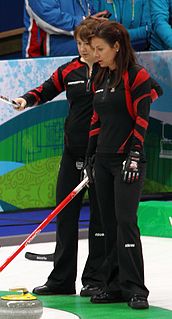 Cheryl Bernard is a Canadian curler from Calgary, Alberta. She represented Team Canada at the 2010 Winter Olympics as the team's skip, winning the silver medal in women's curling after falling to Sweden in the final. Her first major tournament win came at the 2009 Canadian Olympic Curling Trials in Edmonton, Alberta. 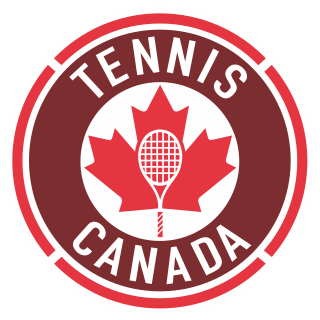 Tennis Canada is the national governing body of tennis within Canada. It works together with the provincial associations to organize tournaments and rules. They also oversee the Canada Davis Cup team and the Canada Fed Cup team. Tennis Canada was formed in 1890 and is a full member of the International Tennis Federation (ITF). Tennis Canada operates under the auspices of Sport Canada, and is a member of the Canadian Olympic Association. Tennis Canada’s event management team is directly responsible for all national and international competitions in Canada, including junior, senior and wheelchair championships. 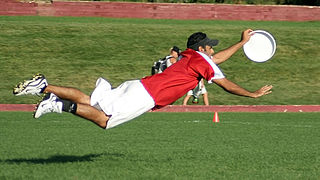 Alison Blair Kreviazuk is a Canadian curler. Kreviazuk was born in Mississauga, Ontario, and grew up in the Nepean sector of Ottawa. She was the longtime second for the Rachel Homan rink, playing with her from 2002 to 2014. She currently serves as a national coach with the Swedish Curling Association.

Pierre-Luc Hinse also known as "Pete", is a Canadian table tennis player, who is sponsored by DONIC and is, as of May 2012, ranked #311 on the ITTF world ranking , and #5 in Canada. He is currently training at the Canadian National Training Center in Ottawa, Ontario, while studying at the University of Ottawa majoring in Anthropology. In 2011, Hinse won the National Team Challenge, Canadian National Championships, and the North American Championships. On April 22, 2012, Hinse qualified for the 2012 Olympics in London. Hinse's special moves include backhand topspin and rolling the ball on the table.

Geng Lijuan is a Chinese-Canadian table tennis player. She is a four-time World Champion, former World #1 and member of the Chinese National Team.

Horatio Pintea is a Canadian table tennis player. Originally from Romania, Horatio arrived in Canada in 1982. As a table tennis athlete Horatio has represented Canada in international competition from 1982 until 2001. During his time on the National Team he has participated in all major competitions in the world including the 1988 and 1996 Olympics as well as numerous World Championships, World Cups. Just to demonstrate his longevity on the team, Horatio has represented Canada in 5 Pan American Games and has managed to capture at least one medal in each of the Pan American Games

Shen Qiang is a Canadian table tennis player of Chinese origin. As of August 2010, Shen is ranked no. 366 in the world by the International Table Tennis Federation (ITTF). He is also right-handed, and uses the shakehand grip.

Pierre-Luc Dubois is a Canadian-American professional ice hockey centre for the Columbus Blue Jackets of the National Hockey League (NHL). Dubois was born in Sainte-Agathe-des-Monts, Quebec, but grew up in Rimouski. He was drafted third overall in the 2016 NHL Entry Draft by the Blue Jackets.