Squash Canada is the national sport association responsible for the development of athletes, coaches and officials in Canada. Founded in 1915, Squash Canada sets the Canadian standards for Squash and works with partners to promote the growth and development of the sport across the country. [1]

Squash Canada (108075714rr0001) was registered with Canadian Revenue Agency as a Canadian amateur athletic association (RCAAA); therefore, they can issue official donation receipts and are eligible to receive gifts from registered charities since 1983-01-01. [2]

The Minister of National Revenue is the minister of the Crown in the Canadian Cabinet who is responsible for the Canada Revenue Agency, as well as the administration of taxation law and collection.

The following list outlines the structure of the Government of Canada.

Sport Canada is a branch of the Department of Canadian Heritage. Its mission is "to enhance opportunities for all Canadians to participate and excel in sport." Sport Canada develops federal sport policy in Canada, provides funding programs in support of sport, and administers special projects related to sport.

The Alpine Club of Canada (ACC) is an amateur athletic association with its national office in Canmore, Alberta that has been a focal point for Canadian mountaineering since its founding in 1906. The club was co-founded by Arthur Oliver Wheeler, who served as its first president, and Elizabeth Parker, a journalist for the Manitoba Free Press. Byron Harmon, whose 6500+ photographs of the Canadian Rockies in the early 20th century provide the best glimpse of the area at that time, was official photographer to the club at its founding. The club is the leading organization in Canada devoted to climbing, mountain culture, and issues related to alpine pursuits and ecology. It is also the Canadian regulatory organization for climbing competition, sanctioning local, regional and national events, and assembling, coaching and supporting the national team. 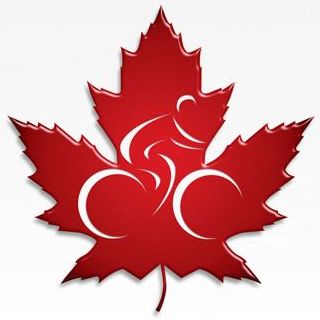 The Canadian Cycling Association (CCA), branded as Cycling Canada (CC) is the national governing body of cycle racing in Canada.

Athletics Canada or AC is the national governing body of athletics in Canada, which includes track and field, cross-country running, road running, and race walking.

The Baldwin School is a private school for girls in Bryn Mawr, Pennsylvania, United States. It was founded in 1888 by Florence Baldwin.

A tax-free savings account is an account available in Canada that provides tax benefits for saving. Investment income, including capital gains and dividends, earned in a TFSA is not taxed in most cases, even when withdrawn. Contributions to a TFSA are not deductible for income tax purposes, unlike contributions to a registered retirement savings plan (RRSP).

Squash Wales is the national governing body of squash in Wales.
It has 121 affiliated clubs and is a member of the World Squash Federation and the European Squash Federation. Squash Wales is responsible for the administration of all aspects of the game including clubs, regional and national leagues, player development and the selection and management of the international squad for competitions, including the European Team Championships and the World Championships. Recent success for the Wales team includes the Bronze medal won in the European Team Championships in Malmö, which was the 14th European Team medal won by Wales in all ages since 1997. The Wales team won a world Silver medal in 1999.
National competitions organised by Squash Wales include the Welsh Inter-County Challenge Shield and the Welsh Open.

A charitable organization in Canada is regulated under the Canadian Income Tax Act through the Charities Directorate of the Canada Revenue Agency (CRA).

England Squash is recognised by Sport England as the English national governing body of the racket sports of squash and squash 57. Based at the National Squash Centre in Manchester, it aims to increase participation in both sports.

The Women's International Squash Players Association (WISPA) was the governing body for the women's professional squash circuit between 1983 and 2011. The WISPA World Tour involved over 80 tournaments annually worldwide. Over 200 players were registered with the WISPA.

The Disability Tax Credit (DTC) is a non-refundable tax credit in Canada for individuals who have a severe and prolonged impairment in physical or mental function. An impairment qualifies as prolonged if it is expected to or has lasted at least 12 months. The DTC is required in order to qualify for the Registered Disability Savings Plan, the working income tax benefit, and the child disability benefit. Families using a Henson trust, the Canada Disability Child Benefit other estate planning methods for children with Disabilities are not excluded from the DTC. While the credit is valuable, many have found qualifying for it challenging.

Francesco Sorbara is a Canadian politician, who was elected to represent the riding of Vaughan—Woodbridge in the House of Commons in the 2015 federal election. 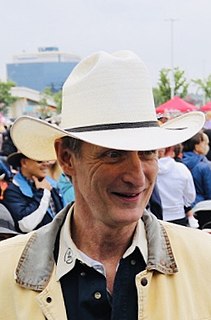 Greg McLean is a Canadian politician who was elected to represent the riding of Calgary Centre in the House of Commons of Canada in the 2019 Canadian federal election.