The Super Cup, currently known as the Hero Super Cup for sponsorship reasons, is an annual knockout football tournament in India run by the All India Football Federation (AIFF). It was established as the successor to the Federation Cup. The tournament features 20 teams that play in the Indian Super League and I-League, the current top divisions of Indian football league system respectively.

The Super Cup is a knockout football tournament. The top four teams from both the top-tier leagues for professional football in India, the Indian Super League and I-League. [1]

On 19 February 2018, the All India Football Federation announced the creation of the Super Cup as a replacement for the Federation Cup, India's main knockout football tournament. [1] The qualifiers for the inaugural tournament began on 15 March and concluded on 16 March 2018. The tournament proper then commenced on 31 March and concluded with the final on 20 April 2018. [1] Bengaluru emerged as the winners of the inaugural edition of the tournament. They defeated East Bengal 4–1 in the final. [2] The 2020 edition has not been held due to COVID-19 pandemic in India.

Star Sports is the official broadcaster for the AIFF Super Cup, with all matches being broadcast on the channel and Disney Hotstar is the official online streaming partner of the tournament. [7]

The I-League is one of two co-existing premier football leagues in Indian football system, along with the Indian Super League. For sponsorship reasons, the league is officially known as the Hero I-League. It is currently contested by 11 clubs across the country.

TheFederation Cup, also known as Hero Federation Cup for sponsorship reasons, was an annual single round robin and knockout style club football tournament in India that started in 1977. From its inception, until I-League was started in 1997, it was the most prestigious national level club football tournament in India. Until 2017, it was the most important club tournament after the I-League, to which it became a de facto League Cup. The winners of the Federation Cup was given direct entry in the continental level at AFC Cup.

Aizawl Football Club is an Indian professional football club based in Aizawl, Mizoram that competes in the I-League, the second tier of Indian club football. Formed in 1984, Aizawl FC earned the entry in India's top-tier league, I-League in 2015–16, after winning 2015 I-League 2nd Division. Aizawl FC became the first football club from the Northeast to win the top flight of Indian Football.

The 2015–16 Indian Federation Cup, also known as 2015–16 Hero Federation Cup due to sponsorship reasons was the 37th edition of the Federation Cup, the main national football cup competition in India. The tournament was held from 30 April 2016 to 21 May 2016. Top 8 teams from 2015–16 I-League participated in the tournament. Ten Sports Network, the Official Broadcaster of Hero Federation Cup 2016 will telecast only the Semi-finals and the Final match while Knockout stage matches will be streamed live on I-league website.

The Indian Women's League is the top division women's professional football league in India with the first season kicking off in Cuttack in October 2016. The league is run by the All India Football Federation (AIFF). 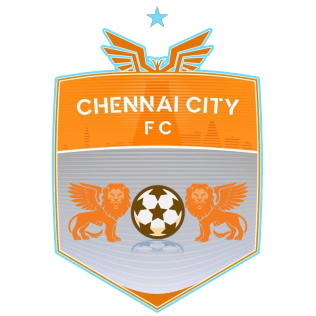 Chennai City Football Club is an Indian professional football club based in Coimbatore, Tamil Nadu, that competes in the I-League, one of the top flights of football in India. The club was established in 1946 as Nethaji Sports Club by five friends. The club spend its grand majority of history by competing in the local state and city tournaments but entered the national stage in 2016. On 11 December 2016, the team were awarded a direct-entry spot into the I-League for the 2016–17 season, and became I-League champions of the 2018-19 season.

The 2016–17 season is the 33rd season in the history of Aizawl Football Club and their second in the I-League, India's top flight professional football league. The season began on 1 August 2016 and will conclude in May 2017. The club ended the I-League campaign as the champions after they were reinstated into the league after they were relegated the previous season. The club will also participate in the Federation Cup while they also made it to the semi-finals of the Mizoram Premier League and the Durand Cup.

The 2017–18 season is Indian Arrows' 4th competitive season in the top-flight of Indian football, I-league. Indian Arrows was formed in 2010 on the behest on then Indian team coach, Bob Houghton, with the main goal of nurturing young talent in India in the hope of qualifying for 2018 FIFA World Cup in Russia. It was disbanded by AIFF in 2013 when their club sponsor, Pailan Group, could not financially support the group.

The 2018 Indian Super Cup Final was a football match between East Bengal and Bengaluru, played on 20 April 2018, at the Kalinga Stadium in Bhubaneswar, Odisha. The match was a culmination of the 2018 Indian Super Cup, a knockout football tournament in India run by the All India Football Federation. This was the first edition of the Super Cup, the successor to the Federation Cup. Bengaluru won the tournament after defeating East Bengal 4–1. A brace from captain Sunil Chhetri and goals each from Rahul Bheke and Miku were enough for Bengaluru to get past East Bengal who scored once through Ansumana Kromah.

The 2018–19 I-League was the 12th season of the I-League, the top Indian professional football league, since its establishment in 2007. The season started on 26 October 2018 and is scheduled to conclude in March 2019. Unlike the Indian Super League, the I-League did not take a mid-season break during the 2019 AFC Asian Cup.

The 2019 Super Cup was the second edition of the Super Cup and 40th season of the main club knockout football competition in India. The competition is sponsored by Hero MotoCorp and is officially known as the Hero Super Cup. The competition began with the qualifiers on 15 March 2019 at Kalinga Stadium in Bhubaneshwar and was concluded with the final on 13 April 2019. Bengaluru FC were the defending champions, but lost to Chennai City F.C. in the quarter-finals. FC Goa won the title by defeating Chennaiyin FC 2–1 in the final.

The 2017–18 season was the first season for Gokulam Kerala. The club competed in I-League and Super Cup.

The 2019–20 I-League was the 13th season of the I-League, one of the top Indian professional football leagues, since its establishment in 2007. A total of 11 teams competed in the league.

The 2020–21 I-League was the 14th season of the I-League, one of the top Indian professional football leagues, since its establishment in 2007. Gokulam Kerala were the champions for this season.