Tate & Lyle PLC is a British-headquartered, global supplier of food and beverage ingredients to industrial markets. It was originally a sugar refining business, but from the 1970s it began to diversify, eventually divesting its sugar business in 2010. It specializes in turning raw materials such as corn and tapioca into ingredients that add taste, texture, and nutrients to food and beverages. [2] It is listed on the London Stock Exchange and is a constituent of the FTSE 250 Index.

The company was formed in 1921 from a merger of two rival sugar refiners: Henry Tate & Sons and Abram Lyle & Sons. [3]

Henry Tate established his business in 1859 in Liverpool, later expanding to Silvertown in East London. [3] He used his industrial fortune to found the Tate Institute in Silvertown in 1887 and the Tate Gallery in Pimlico, Central London in 1897. He endowed the gallery with his own collection of Pre-Raphaelite paintings. [4]

Abram Lyle, a cooper and shipowner, acquired an interest in a sugar refinery in 1865 in Greenock and then at Plaistow Wharf, West Silvertown, London. [3] The two companies had large factories nearby each other – Henry Tate in Silvertown and Abram Lyle at Plaistow Wharf – so prompting the merger. Prior to the merger, which occurred after they had died, the two men were bitter business rivals, although they had never met in person. [5] In 1949, the company introduced its "Mr Cube" brand, as part of a marketing campaign to help it fight a proposed nationalisation by the Labour government. [3]

The British slave-trade was abolished in 1807, before Henry Tate and Abram Lyle were born. However, the Tate Gallery states that while neither Henry Tate nor Abram Lyle 'was a slave-owner'; they state that 'we believe the firms founded by the two men, which later combined as Tate & Lyle, do connect to slavery in less direct but fundamental ways'. [6] The Tate Gallery concludes it is 'not possible to separate the Tate galleries from the history of colonial slavery from which in part they derive their existence'. [7]

From 1973, British membership of the European Economic Community threatened Tate & Lyle's core business, with quotas imposed from Brussels favouring domestic sugar beet producers over imported cane refiners such as Tate & Lyle. [8] As a result, under the leadership of Saxon Tate (a direct descendant of Henry Tate), the company began to diversify into related fields of commodity trading, transport and engineering, and in 1976, it acquired competing cane sugar refiner Manbré & Garton. [8]

In 2004, it established a joint venture with DuPont to manufacture a renewable 1,3-Propanediol that can be used to make Sorona (a substitute for nylon). This was its first major foray into bio-materials. [3] In 2005, DuPont Tate & Lyle BioProducts was created as a joint venture between DuPont and Tate & Lyle. [10] In 2006, it acquired Hycail, a small Dutch business, giving the company intellectual property and a pilot plant to manufacture Polylactic acid (PLA), another bio-plastic. [11] In October 2007, five European starch and alcohol plants, previously part of the European starch division knowns as Amylum group, were sold to Syral, a subsidiary of French sugar company Tereos. [12] Syral closed its Greenwich Peninsula plant in London in September 2009, and it was subsequently demolished. [13]

In 2006, Lyle’s Golden Syrup tin was awarded a Guinness World Record as the world’s oldest branding. [14]

In February 2008, it was announced that Tate & Lyle granulated white cane sugar would be accredited as a Fairtrade product, with all the company's other retail products to follow in 2009. [15]

In April 2009, the United States International Trade Commission affirmed a ruling that Chinese manufacturers can make copycat versions of its Splenda product. [16]

In July 2010 the company announced the sale of its sugar refining business, including rights to use the Tate & Lyle brand name and Lyle's Golden Syrup, to American Sugar Refining (owned by sugar barons the Fanjul brothers) for £211 million. [17] The sale included the Plaistow Wharf and Silvertown plants. [17] The new owners pledged that there would be no job losses as a result of the transaction. [18]

In 2012, HarperCollins published The Sugar Girls , a work of narrative non-fiction based on the true stories of women who worked at Tate & Lyle's two factories in the East End of London from the 1940s to the 1960s. [19]

Nick Hampton became CEO on 1 April 2018, replacing Javed Ahmed, who stepped down from this role and from the board, and retired from the company. [20]

Tate & Lyle has developed a method to commercially produce the natural sweetener allulose. It emerged in August 2019 that the company was seeking to take advantage of the 2019 permission from the U.S. Food and Drug Administration to not list the product in total sugar or as an added sugar in commercial food ingredients. [21]

The company is organised as follows: [22]

Sucralose is an artificial sweetener and sugar substitute. The majority of ingested sucralose is not broken down by the body, so it is noncaloric. In the European Union, it is also known under the E number E955. It is produced by chlorination of sucrose, selectively replacing three of the hydroxy groups to give a 1,6-dichloro-1,6-dideoxyfructose–4-chloro-4-deoxygalactose disaccharide. Sucralose is about 320 to 1,000 times sweeter than sucrose, three times as sweet as both aspartame and acesulfame potassium, and twice as sweet as sodium saccharin. Evidence of benefit is lacking for long-term weight loss with some data supporting weight gain and heart disease risks.

Splenda is a global brand of sugar substitutes and reduced-calorie food products. While they are known for their original formulation containing sucralose, they also manufacture items using natural sweeteners such as stevia and monk fruit. It is owned by the American company Heartland Food Products Group. The high-intensity sweetener ingredient sucralose used in Splenda is manufactured by the British company Tate & Lyle.

A sugar substitute is a food additive that provides a sweet taste like that of sugar while containing significantly less food energy than sugar-based sweeteners, making it a zero-calorie (non-nutritive) or low-calorie sweetener. Artificial sweeteners may be derived through manufacturing of plant extracts or processed by chemical synthesis. Sugar alcohols such as erythritol, xylitol, and sorbitol are derived from sugars. In 2017, sucralose was the most common sugar substitute used in the manufacture of foods and beverages; it had 30% of the global market, which was projected to be valued at $2.8 billion by 2021.

Silvertown is a district and forms part of the Port of London in the London Borough of Newham, in east London, England. It lies on the north bank of the Thames and a major £3.5billion redevelopment of the area was approved in 2015. It was named after the factories established by Stephen William Silver in 1852, and is now dominated by the Tate & Lyle sugar refinery and the John Knight ABP animal rendering plant. 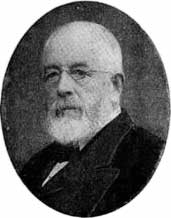 Sir Henry Tate, 1st Baronet was an English sugar merchant and philanthropist, noted for establishing the Tate Gallery in London. 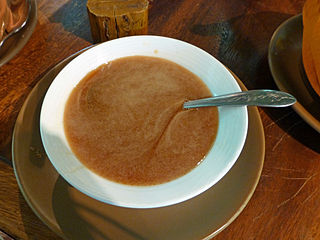 Treacle is any uncrystallised syrup made during the refining of sugar. The most common forms of treacle are golden syrup, a pale variety, and a darker variety known as black treacle. Black treacle, or molasses, has a distinctively strong, slightly bitter flavour, and a richer colour than golden syrup. Golden syrup treacle is a common sweetener and condiment in British cookery, found in such dishes as treacle tart and treacle sponge pudding. 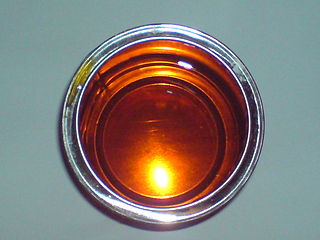 Golden syrup or light treacle is a thick amber-coloured form of inverted sugar syrup made by the process of refining sugar cane or sugar beet juice into sugar, or by treatment of a sugar solution with acid. It is used in a variety of baking recipes and desserts. It has an appearance and consistency similar to honey, and is often used as a substitute where honey is unavailable or prohibitively expensive.

Redpath Sugar Ltd. is a Canadian sugar refining company that was established in 1854 and the first refining cane sugar in Montreal, Quebec. Headquartered in Toronto, Ontario, the company is a subsidiary of the multinational American Sugar Refining.

Tate & Lyle Ingredients Americas LLC is an American subsidiary of Tate & Lyle PLC and produces a range of starch products for the food, paper and other industries; high fructose corn syrup; crystalline fructose; and other agro-industrial products. The company was incorporated in 1906 as A. E. Staley Manufacturing Company by Augustus Eugene Staley.

Abram Lyle is noted for founding the sugar refiners Abram Lyle & Sons which merged with the company of his rival Henry Tate to become Tate & Lyle in 1921.

Domino Foods, Inc. is a privately held sugar marketing and sales company based in Yonkers, New York, United States, that sells products produced by its manufacturing members. DFI distributes sugar to retailers under four brand names across the U.S: Domino,C&H,Florida Crystals, and Redpath. Its namesake product, the Domino Sugar brand name, whose products are generally sold in two-tone packaging with blue labeling text, is the best known. Domino Foods is the largest sugar company in the United States.

The Corn Refiners Association (CRA) is a trade association based in Washington, D.C.. It represents the corn refining industry in the United States. Corn refining encompasses the production of corn starch, corn oil, and high fructose corn syrup (HFCS).

American Sugar Refining, Inc. is a large privately held cane sugar refining company, with a production capacity of 6.5 million tons of sugar. The company produces a full line of consumer, industrial, food service, and specialty sweetener products. In 2013, it adopted the corporate brand name ASR Group. Its ownership structure is based on a partnership which includes the Florida Crystals Corporation company, part of FLO-SUN, a sugar empire of the Fanjul Brothers whose origins trace to Spanish-Cuban sugar plantations of the early 19th century.

Tereos is a cooperative conglomerate, primarily active in the processed agricultural raw materials, in particular sugar, alcohol and starch markets.

The Sugar Girls: Tales of Hardship, Love and Happiness in Tate & Lyle's East End is a bestselling work of narrative non-fiction based on interviews with women who worked in Tate & Lyle's East End factories in Silvertown from the mid-1940s onwards. Written by Duncan Barrett and Nuala Calvi, the book was published by Collins in 2012. The authors were inspired to write it by Jennifer Worth's Call the Midwife.

Oliver Lyle (1891–1961) was a British sugar technologist during the early 20th century.

John Joseph Eastick is noted for being the first chemist at the sugar refinery Abram Lyle and Sons and patenting special methods for making brewers’ saccharum, inverted sugar syrup and golden syrup.

Sir Henry Saxon Tate, 5th Baronet, was an English businessman particularly associated with the family sugar business Tate & Lyle, with the Industrial Development Board for Northern Ireland, and the London Futures and Options Exchange.